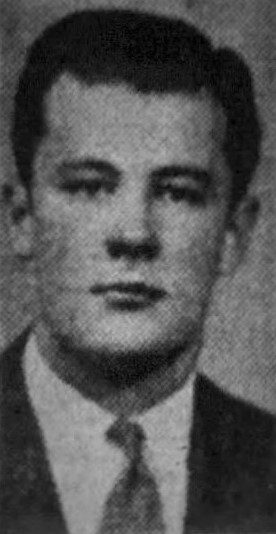 Baker’s unit–3rd Battalion, 4th Marines, assigned to the 1st Provisional Marine Brigade–was one of the lead units in the invasion of Guam, coming ashore on a beachhead in the vicinity of Bangi Point; it appears that he fell during “L-Day,” the first day of the invasion, 21 July 1944.

Pfc. Wesley H. Baker, USMCR was killed in action July 21 on Guam. He was with the Fourth Marine Brigade. Wesley came to the University of Tennessee in January, 1943, as a fresman in the College of Education. In March of that year he was inducted at the age of eighteen. While at the University he lived with Mr. W.F. Cole, 119 West Glenwood, Knoxville.

The Knoxville Journal, August 17, 1944
Pfc. Wesley Hughes Baker, 19, son of Mrs. Wesley C. Baker, of 321 Wilder Place, has been killed on Guam Island, the Navy Department has notified his mother. Private Baker was anno utstanding wingback on the 1942 state championship Knoxville High School football team and was a dash star on the KHS track team. Hughes, affectionately known as “Huz” to his KHS teammates, was a fun-loving, athletic young man who was an excellent student and a “model” boy, B.E. Sharp, assistant football coach at KHS, recalled. Private Baker was graduated from KHS in January, 1943. He entered the Marines in February of that year and was sent to San Diego, Calif. As soon as boot training was completed, he was transferred overseas. In addition to his mother, he is survived by three brothers, Lt. Mat Baker of the AAF, stationed in a Western state, Charles Baker, a student at KHS, and James Baker, junior high school student; sister, Carol Ann, a student at KHS. W.F.K. Cale of West Glenwood Avenue, is his uncle. 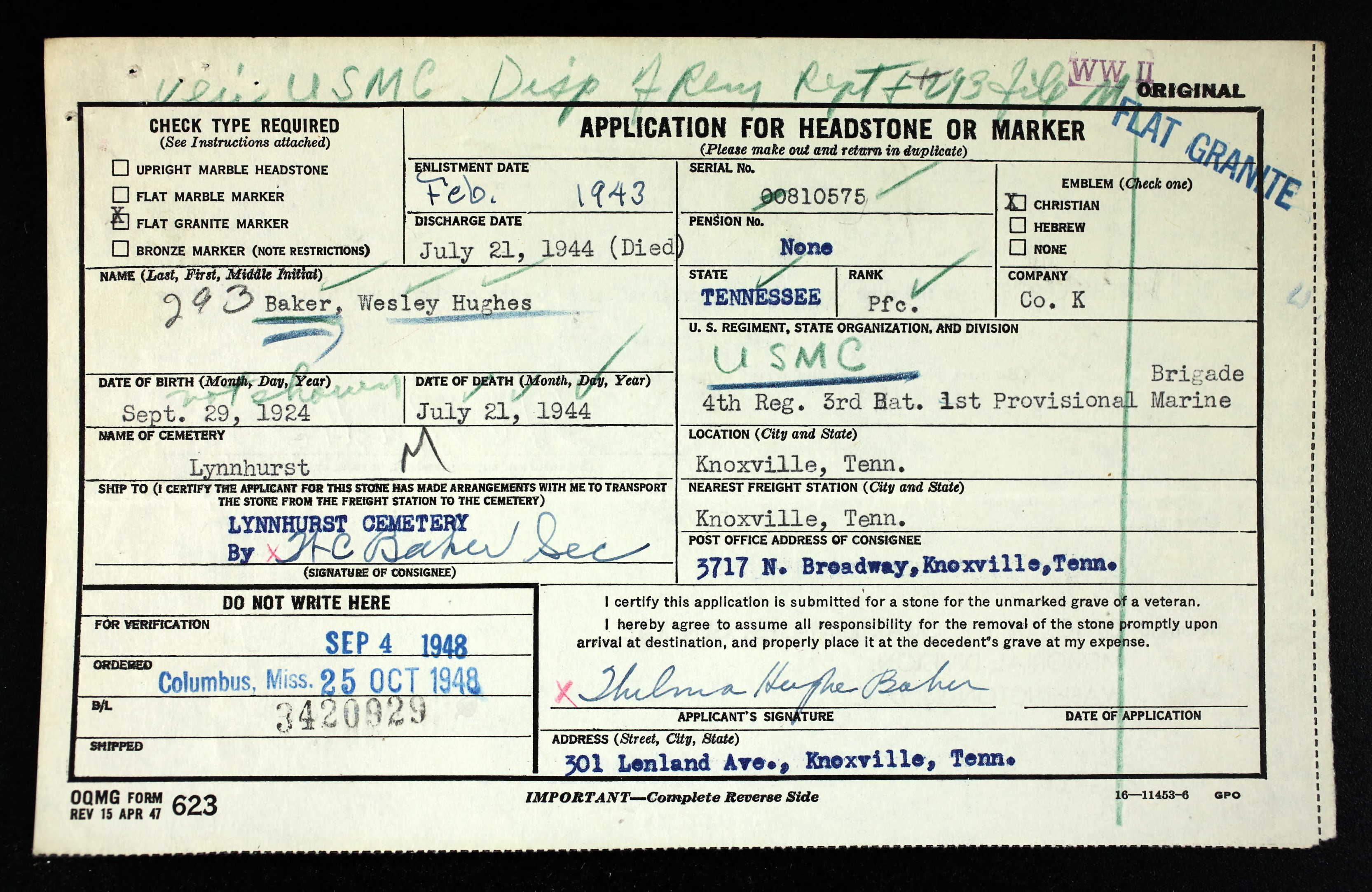 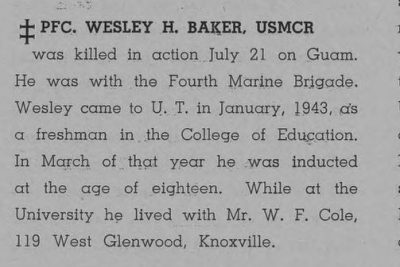 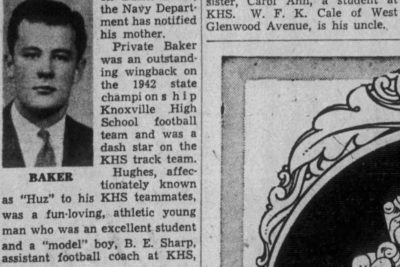