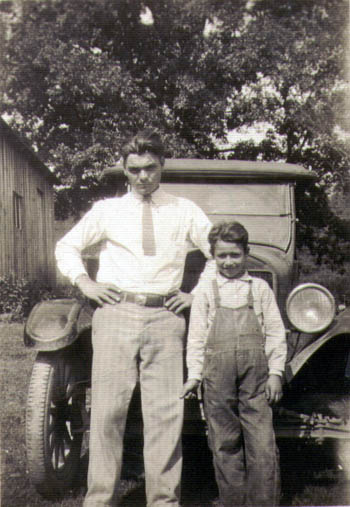 KILLED IN LINE OF DUTY ON OKINAWA

Wesley E. Tallent airman third class, of Tellico Plains, died April 13th of second and third degree burns received in an explosion of chemicals and paint on Okinawa, his wife Mrs. Arkie Tallent, has been notified. He is the son of Ike Tallent of Sweetwater.
Mr. Tallent, 42 years old, was injured in the explosion April 10.
He is survived by his wife, two sons, Bill in Korea and Harold of Tellico Plains, brother, Andrew, of Alcoa and one sister, Bonnie Tallent of Tellico Plains.
The son, Bill, has been granted emergency leave from Korea and is expected to arrive home Monday. 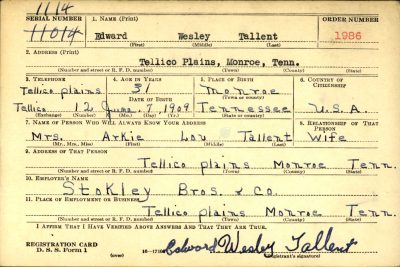 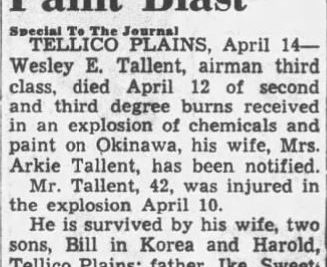