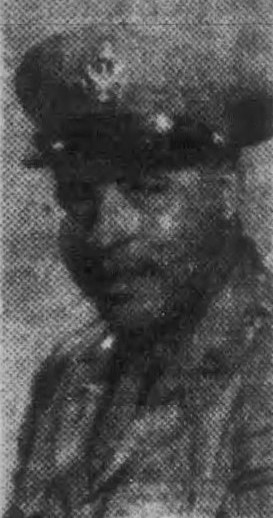 Wendell Phillip Imes was born on June 8, 1916, in New Jersey  and was the son of  William L. and Grace V. Imes. His father, William L. Imes, was president of Knoxville College. He was married to Anita Lloyd Rogers. He lived in Philadelphia in 1920 and resided in New York, NY, in the 1940s. He enlisted in New York City on May 1, 1942

The Knoxville Journal, December 30, 1944
Second Lt. Wendell P. Imes, 28, son of Dr. And Mrs. William Lloyd Imes, was killed in action Dec. 4 in Italy, the War Department has announced. The Lieutenant was the only son of Dr. Imes, Knoxville College president, and was educated in Philadelphia and New York City. He attended New York University, where he majored in art education and was employed in the business office of the New York City YMCA for three years before entering the service in May, 1942. He was commissioned a second lieutenant in the infantry in November, 1943. His wife, Anita Rodgers Imes, lives in Chicago. He is also survived by a sister, Hope Mathilde Imes of Indianapolis, Ind. 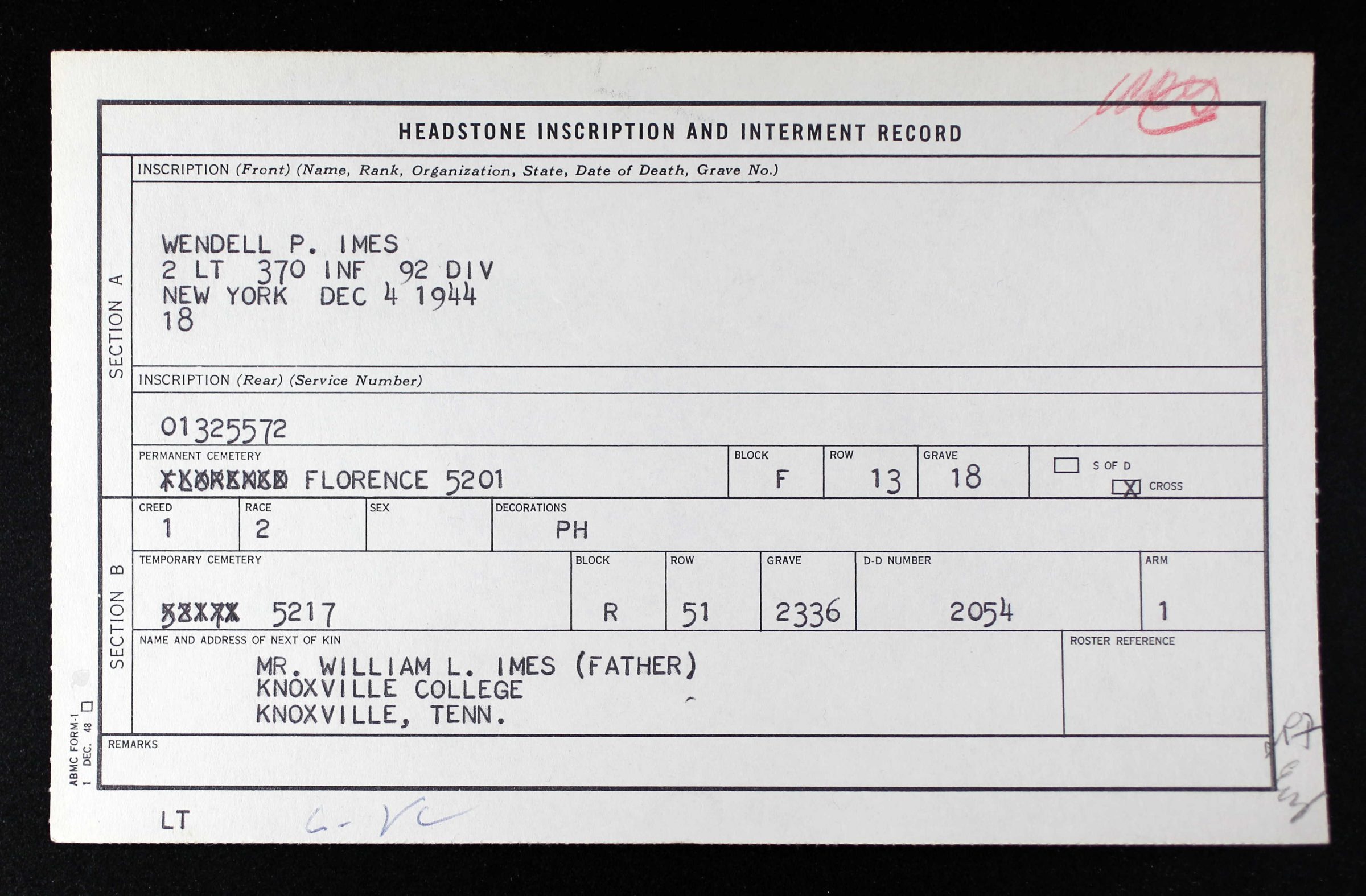 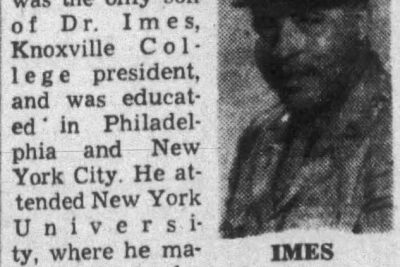 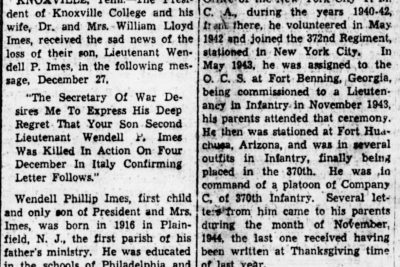