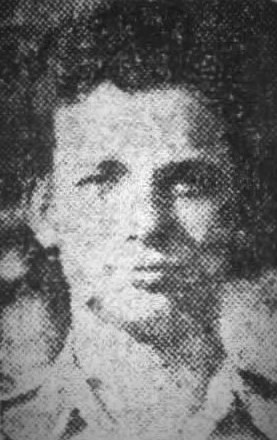 Sergeant Wendell Hall Walker was born in Blount County, Tennessee, the son of Barney H. and Fannie Mae Ott Walker of Rockford. He attended Porter High School and was a member of Cedar Grove Baptist Church in Wildwood. He was a member of the 15th Infantry Regiment, 3rd Infantry Division. Sgt. Walker joined the United States Army in 1944 at the age of 15 and served during World War II. He had been in Korea three months when he was killed in action. He was died while fighting the enemy in North Korea on November 24, 1951.

Funeral services were held at Cedar Grove Baptist Church on Sunday, February 24, 1952, with the American Legion Alcoa Post 153 in charge of military honors at the church cemetery where he was interred. 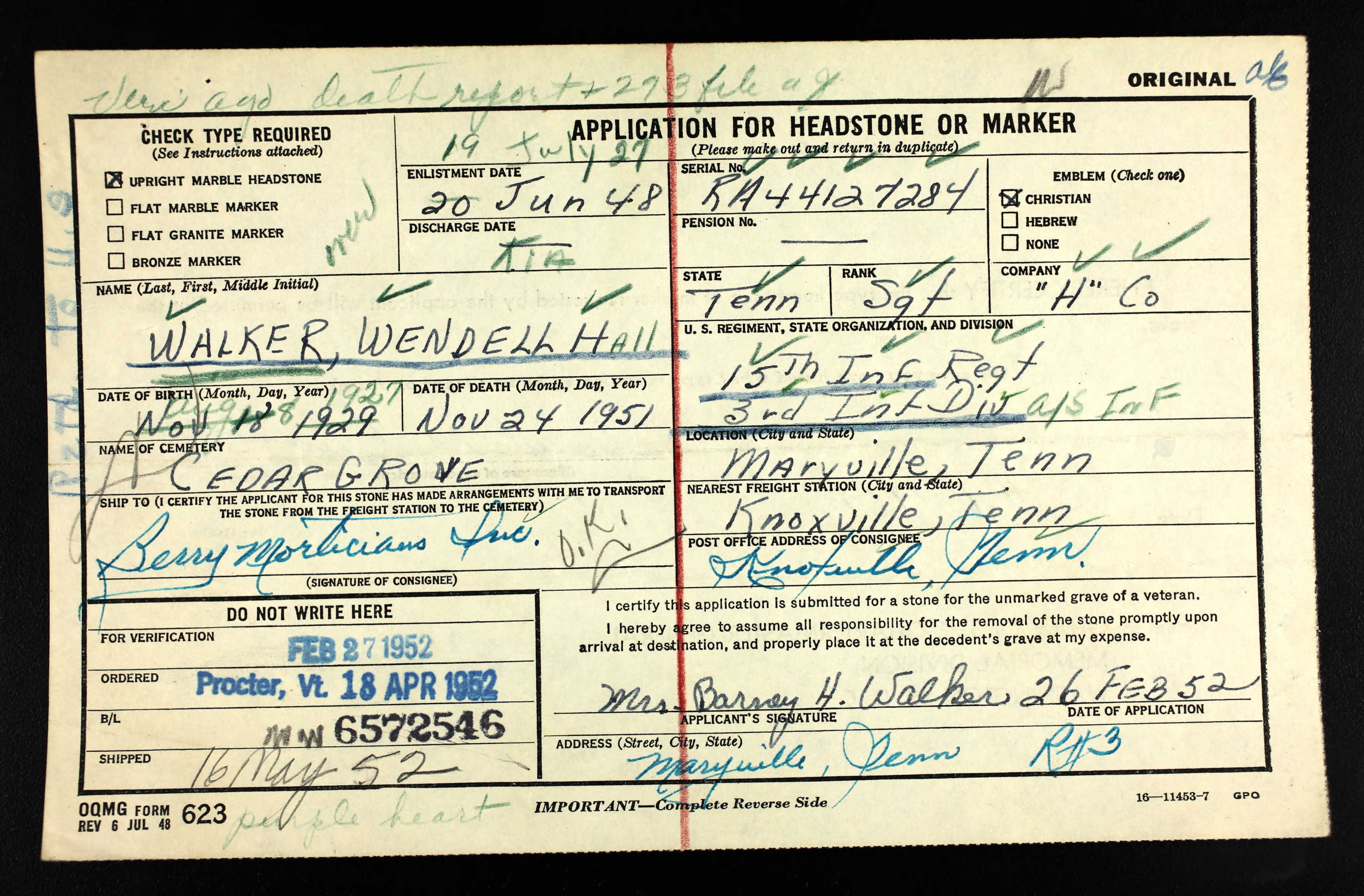 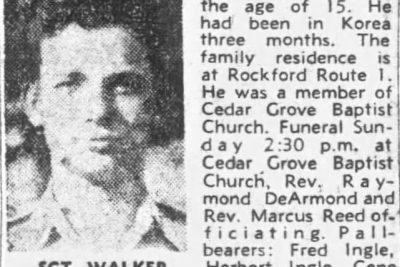