Hoping to get medal info and picture of Uncle I was named after.
–Submitted by his nephew, Dwayne Pratt

The Knoxville Journal
Staff Sgt. Wayne D. Pratt, 24, husband of Mrs. W.D. Pratt and son of Mr. and Mrs. Bob Pratt Morristown, was killed in action Jan. 27 in Luxembourg, the War Department announced.
Sergeant Pratt was previously reported missing in action. He entered service April 6, 1944, and trained at Camp wheeler, Ga. He went overseas in September. He is survived by his wife and two children, Donald Wayne and Robert Lee Pratt.
Before entering service, he was employed at a hosiery mill in Morristown. 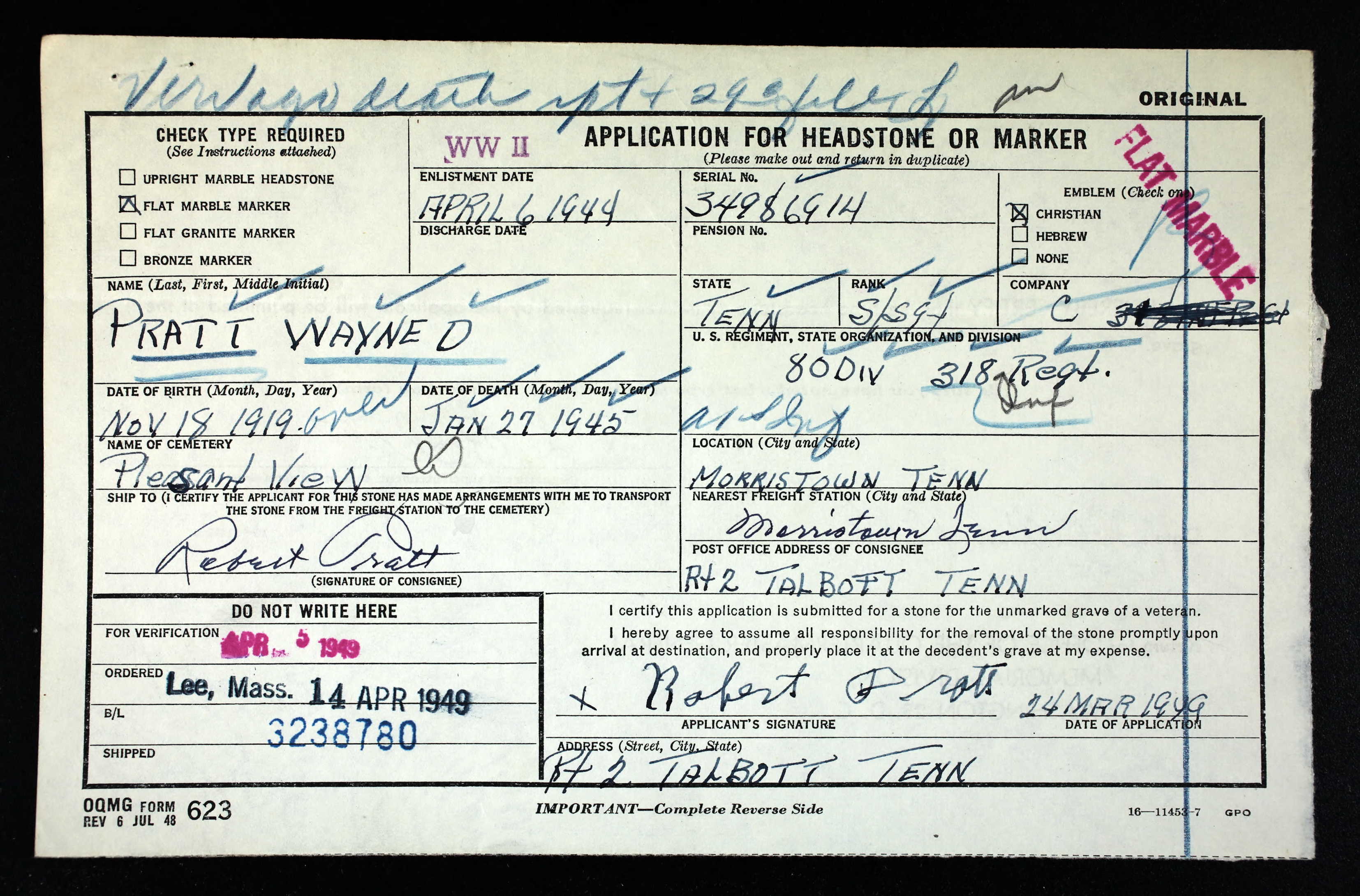