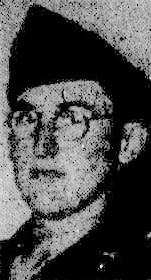 The Knoxville Journal, May 6, 1945
Two years ago Wayne Parkey Jr. and Herman Holsopple Jr. were office boys in the editorial room of the Knoxville Journal. They were finishing Knoxville High School together that spring and life was unfolding petal after petal of strange and exciting wonders, so much so that sometimes they forgot the routine tasks assigned to them. The sap ran swiftly in their veins that season 24 months ago and they chatered of their Boy Scout affairs, their ROTC drills and parties, their dates and a million other things. Such inseparable friends they were it was hard to tell which one was on duty because when one was working the other frequently was there too. But when they were absent the chances were, if they were wanted, that Herman would be at the Parkey home on White Avenue, or Wayne would be at the Holsopple home on Linden Avenue. They were 17.
The Army called them. Herman waived his induction number in order to go along with Wayne. They were separated, eventually, once landed in the same camp in Texas, and finally were pitched into the blood and battle of the Western Front. Shrapnel from an artillery burst killed Wayne, March 15, near a little German town named Kalenborn. He had attained the rank of corporal in the Ninth Armored Division of the First Army. A month later Cpl. Herman Holsopple, a litter bearer with the Seventh Army, heard of his comrade’s death, sat down and penned this letter to Mrs. Parkey:
“At a time like this it takes our Faith in God to give us strength. Nothing I can say will express my sorrow nor will it ease yours. What I heard today couldn’t have hurt me more if it had been my own brother. He is more than a brother to me and always will be. We are no more separated now than we would be if one of us had stepped across the street. That’s all Wayne has done, he has just stepped across the street. It will be no time at all until we get to see him again. We all have a time to cross the street and they say it is awfully nice over there. I’m sure that Wayne is happy there.
My love to all your family, Herman”. 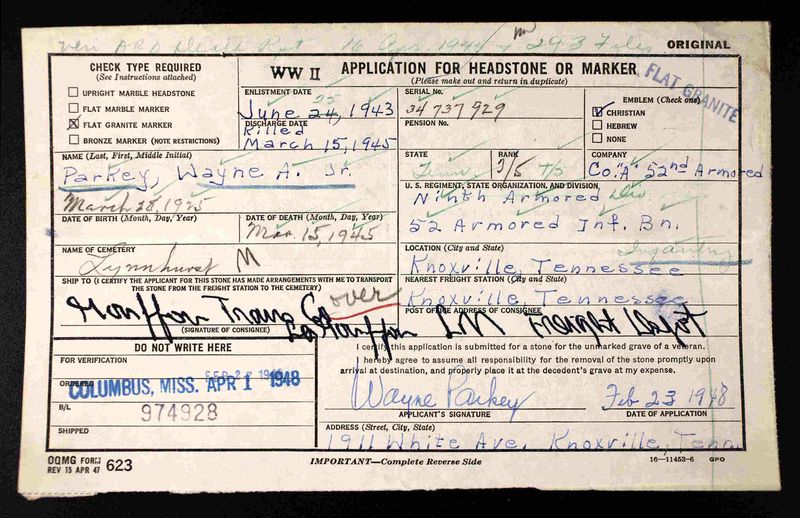 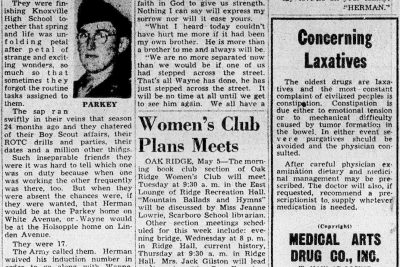