Served on the U.S.S. Prince Georges (AK224). On 24 August 1944 he fell from staging to the floor of the drydock. His remains were taken to USNH, Navy #10 for disposition. He was returned from Oahu Halawa Hawaiian Islands in 1947. Buried at Chattanooga National Cemetery, Y, 257.

The Jasper Journal, August 31, 1944
Mr. and  Mrs. Henry Newt were notified last Friday by the Navy Department that their son, Waymon Luther Pope, had been killed in action on August 24 as a result of injuries sustained while in the performance of his duty and in the service of his country. His remains were interred in Allied territory, outside the continental limits of the United States. 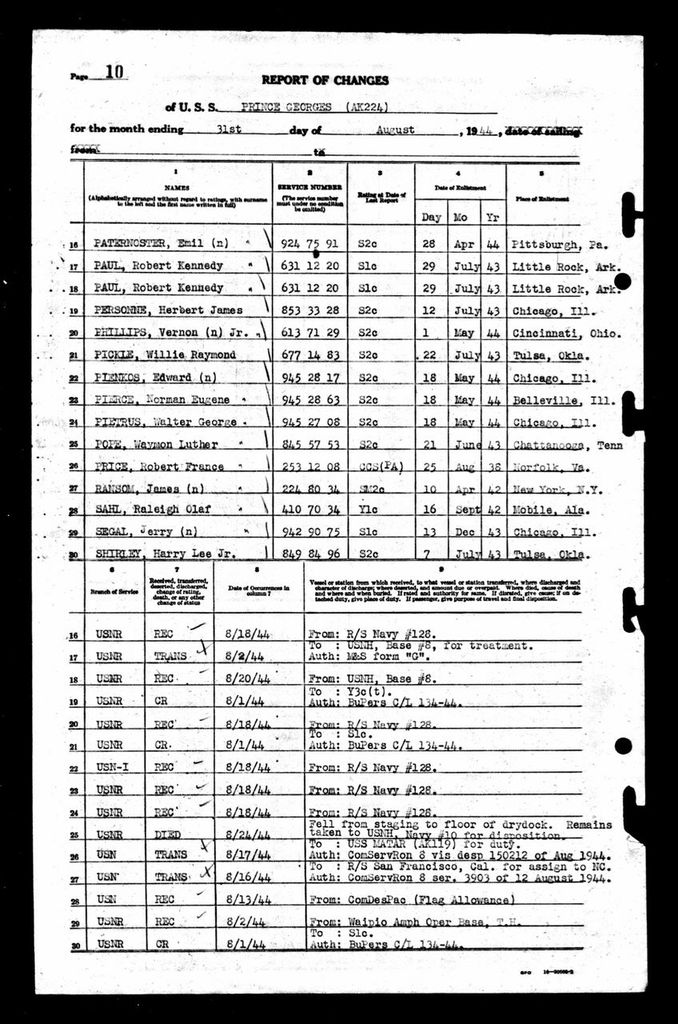 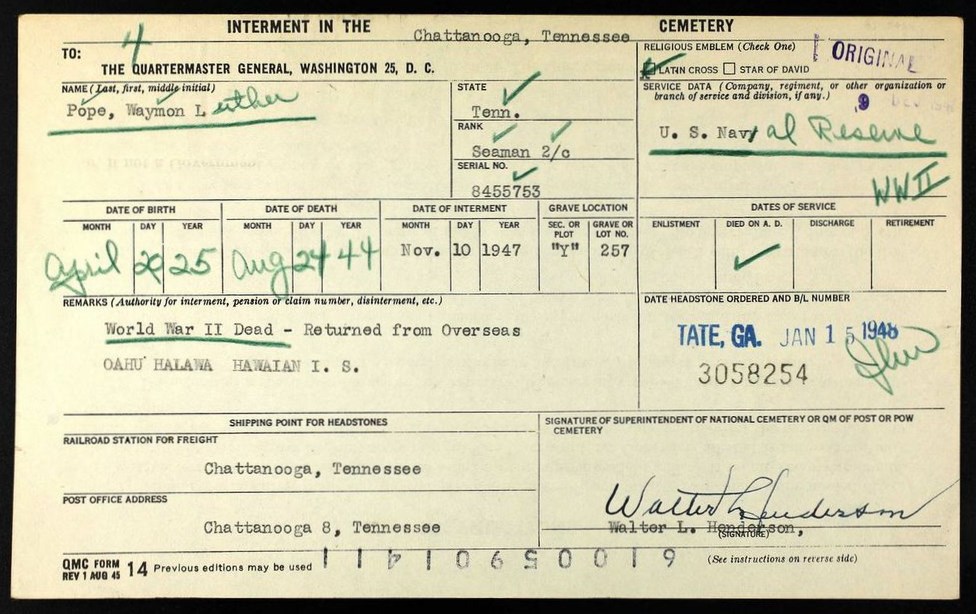 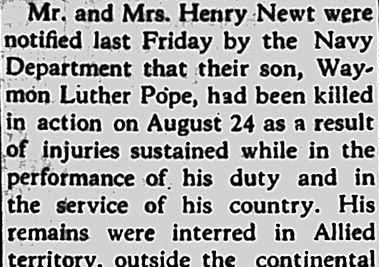 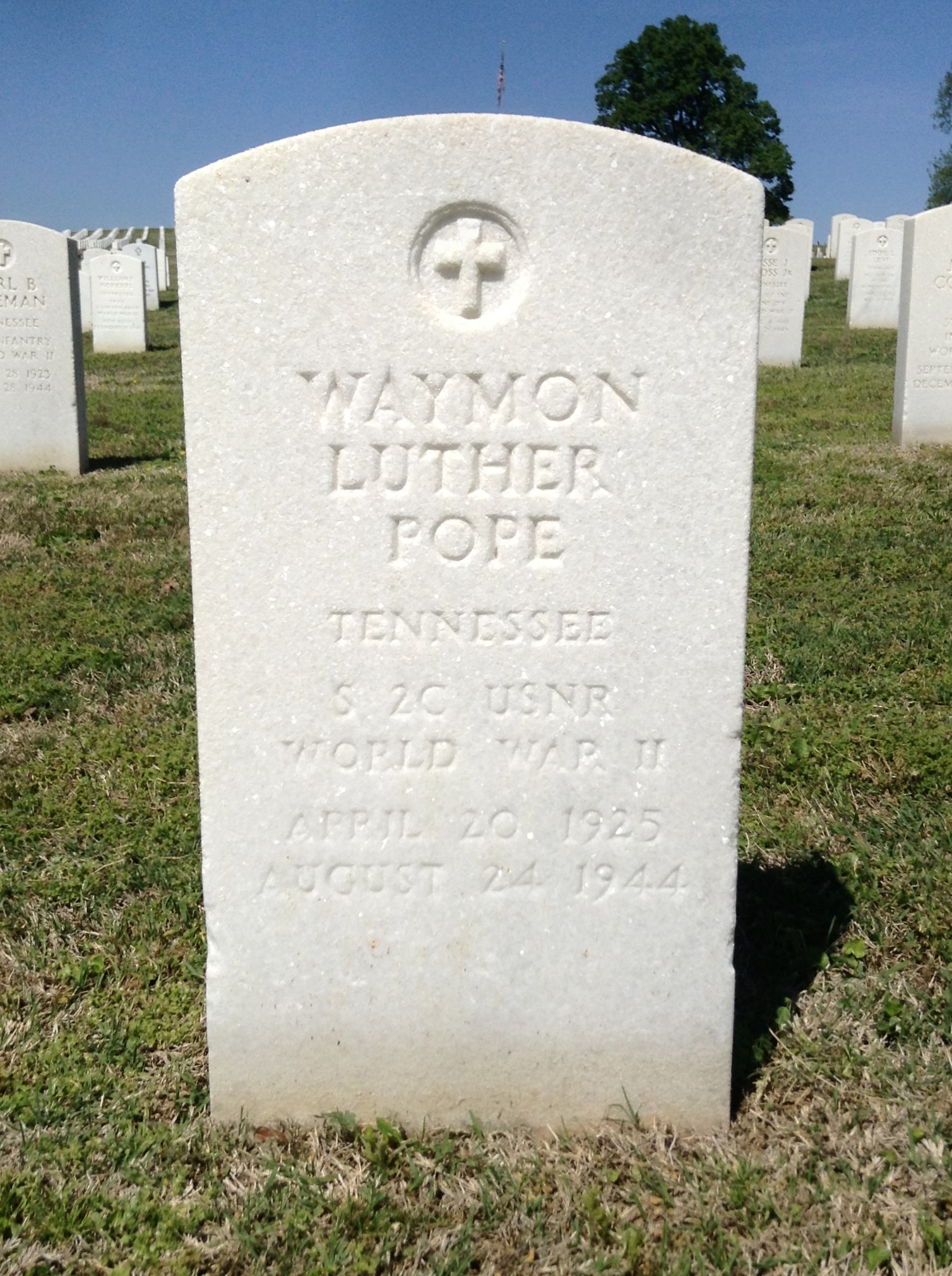