Aircraft B-25J with serial number 43-36201 departed from Mangaldan Strip, Lindgraven, Luzon on a strike mission to bomb three Japanese destroyers. The plane either hit the mast of a Japanese destroyer or water beyond the ship and exploded.

Statement from Sgt Walter B. Kuzla, Air Corps
As this aircraft was making its run I noticed a few burst of ack-ack coming from the destroyer. I don’t know wheather the ack-ack hit the aircraft or it hit the mast but it seemed to wing over and crash into the water and exploded. All four bombs made direct hits on the destroyer. It is believed that this destroyer sank a few minutes later.

The Knoxville Journal, September 2, 1942
Warner DeMarcus, 21, son of Mr. and Mrs. T.E. DeMarcus, 2441 Washington Avenue, left Saturday after enlisting in the Army Air Corps, to report for service at Nashville. Young DeMarcus graduated from Knoxville High School and attended the University of Tennessee. Before enlisting, he was employed by the TVA, and planed this summer on the softball team of the City Power and Water Board. His wife, the former Miss Alma Miller, lives at 139 Barton Street. 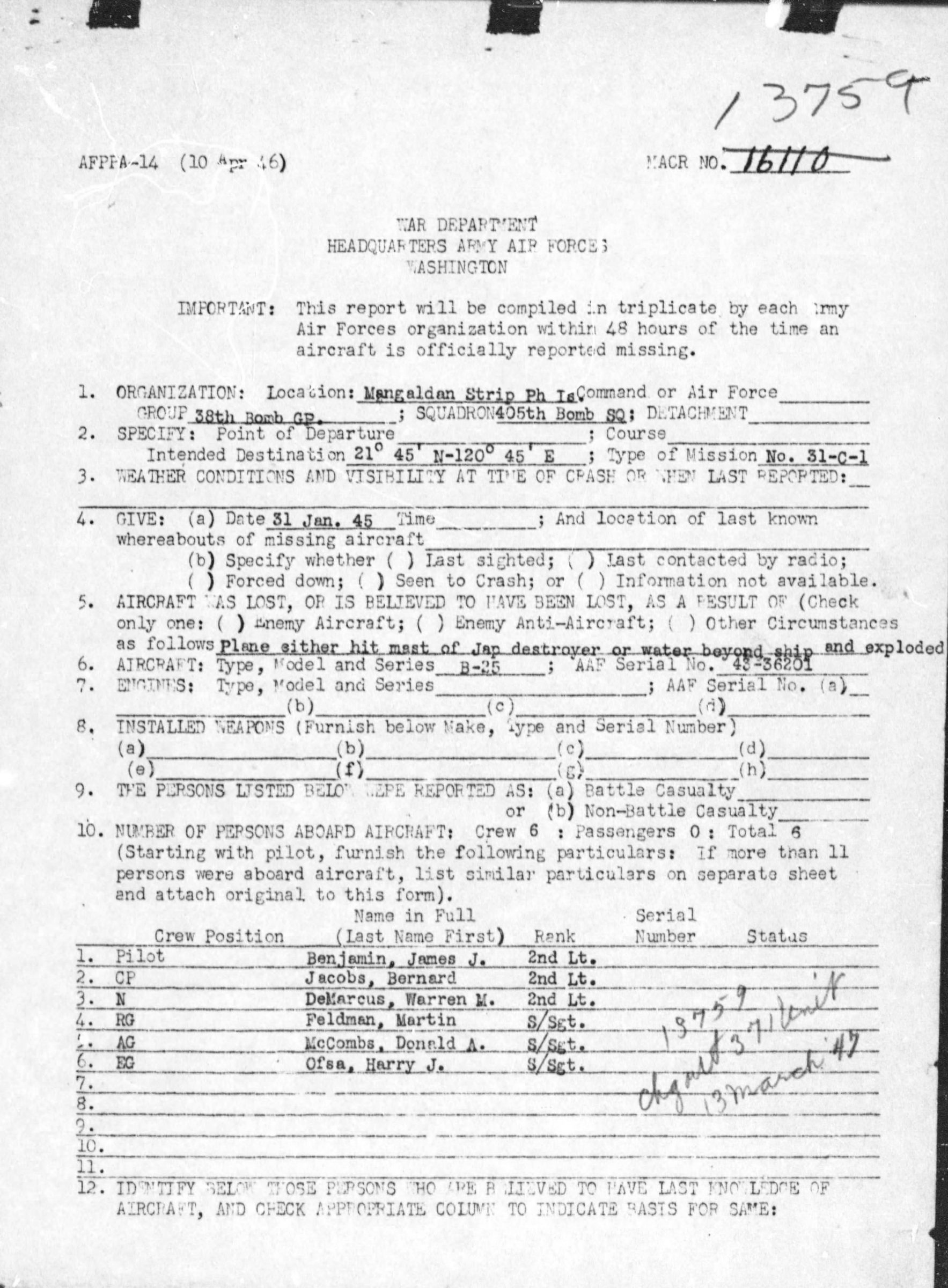 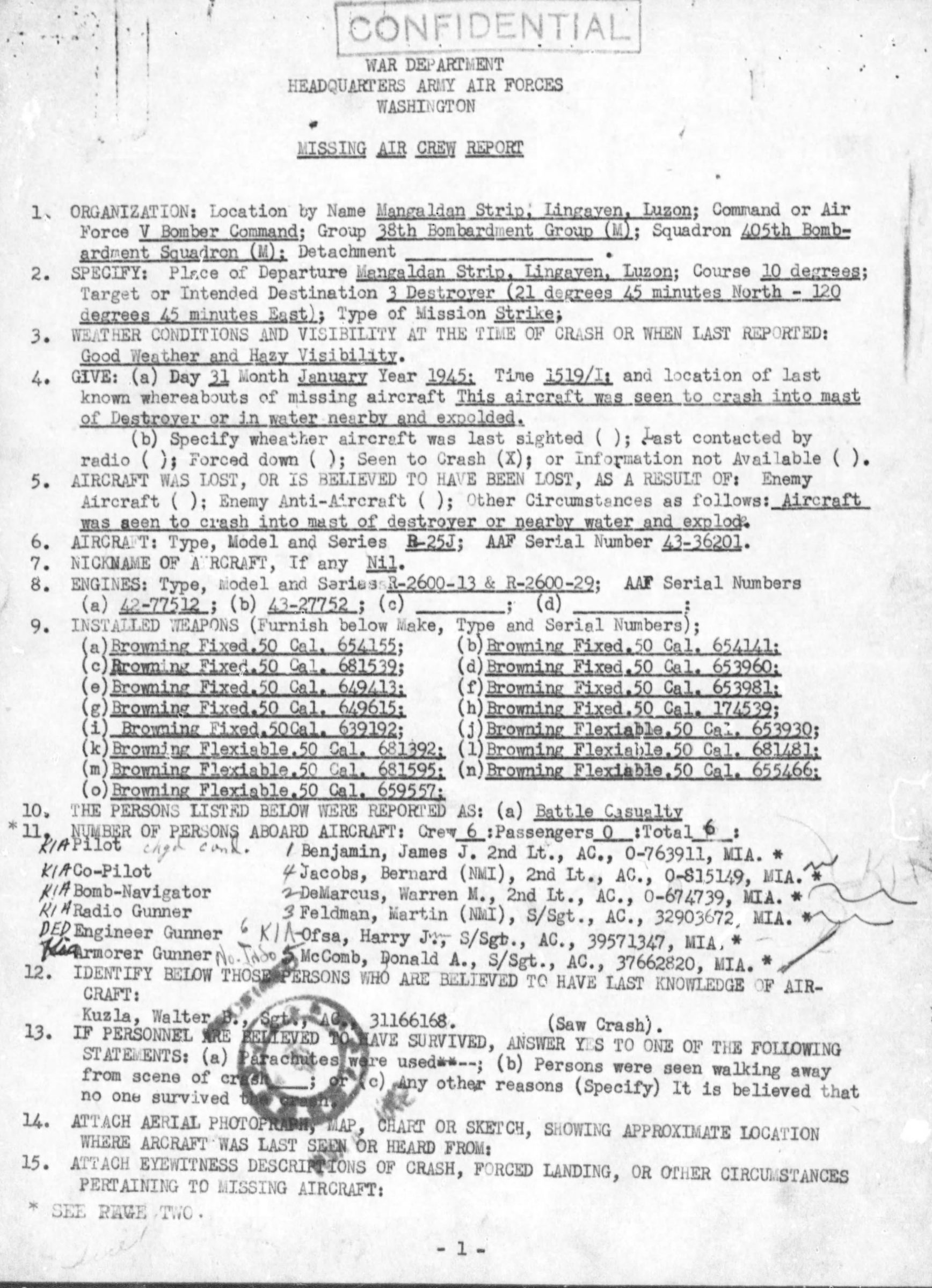 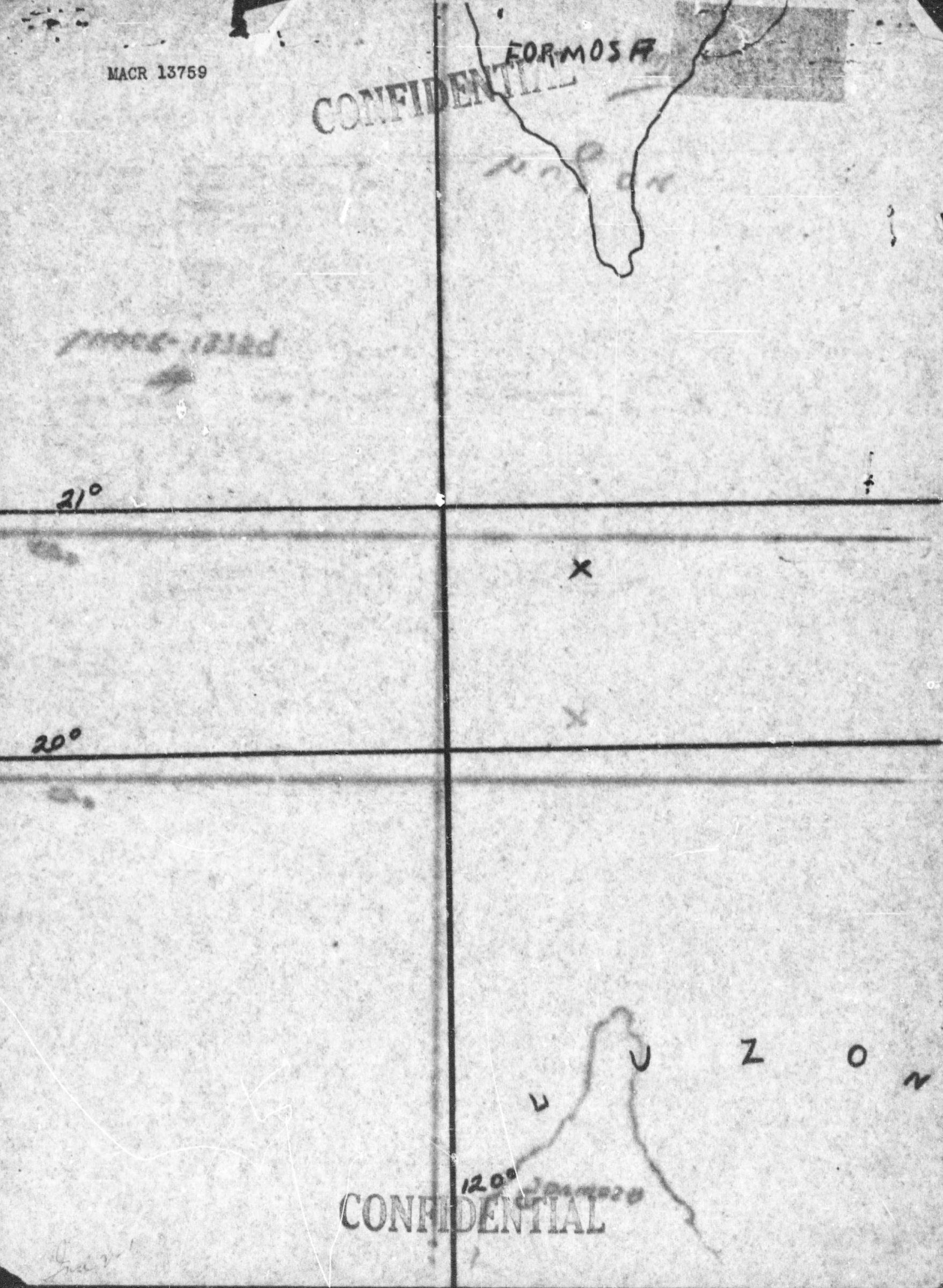 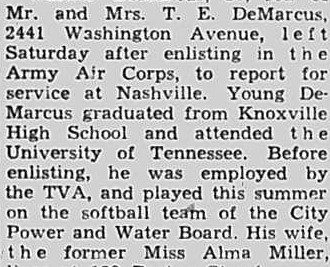