Private First Class Warren J. West was killed in action in Cassino, Italy. He was the son of Mrs. Margaret West of 3010 Davenport Road, Knoxville.

Pfc. West was repatriated to the United States after the war and funeral services were held at Berry Funeral Home Chapel on September 29, 1948. He was buried at Presbyterian Cemetery, New Market, TN.

The Knoxville Journal, March 16, 1944
Pfc. Warren J. West, 20, graduate fo Stair Technical High School, son of Mrs. Margaret West, Route 9, has been reported missing in action in the Italian War theatre. A message from the War Department advised Mrs. West that her son had been missing since Jan. 23.
Young West entered the U.S. Infantry in the fall of 1943 and was sent overseas in December. He was a native of New Market, Jefferson County and attended New Market High School, before the family moved to Knoxville. He was interested in amateur sports and athletic work and was a member of Stair Technical High School football team and was one of the players when that team planned a game for Christmas charity benefit last December, a short time before he left for duty overseas. West formerly worked for East Tennessee Packing Co. during his vacation periods at school. He is a son of the late Eugene West who lived at New Market. Another brother, Tech. Sgt. Robert E. West also is in the U.S. Army and has been on duty some time in Italy.

The Knoxville Journal, September 24, 1948
The body of Pfc. Warren J. (Jack) West, killed in action in Italy in 1944 at the age of 19, will be returned here, his mother Mrs. Margaret West, 3010 Davenport Road has learned. He was killed while serving with the 36th Division near Cassino, Italy. 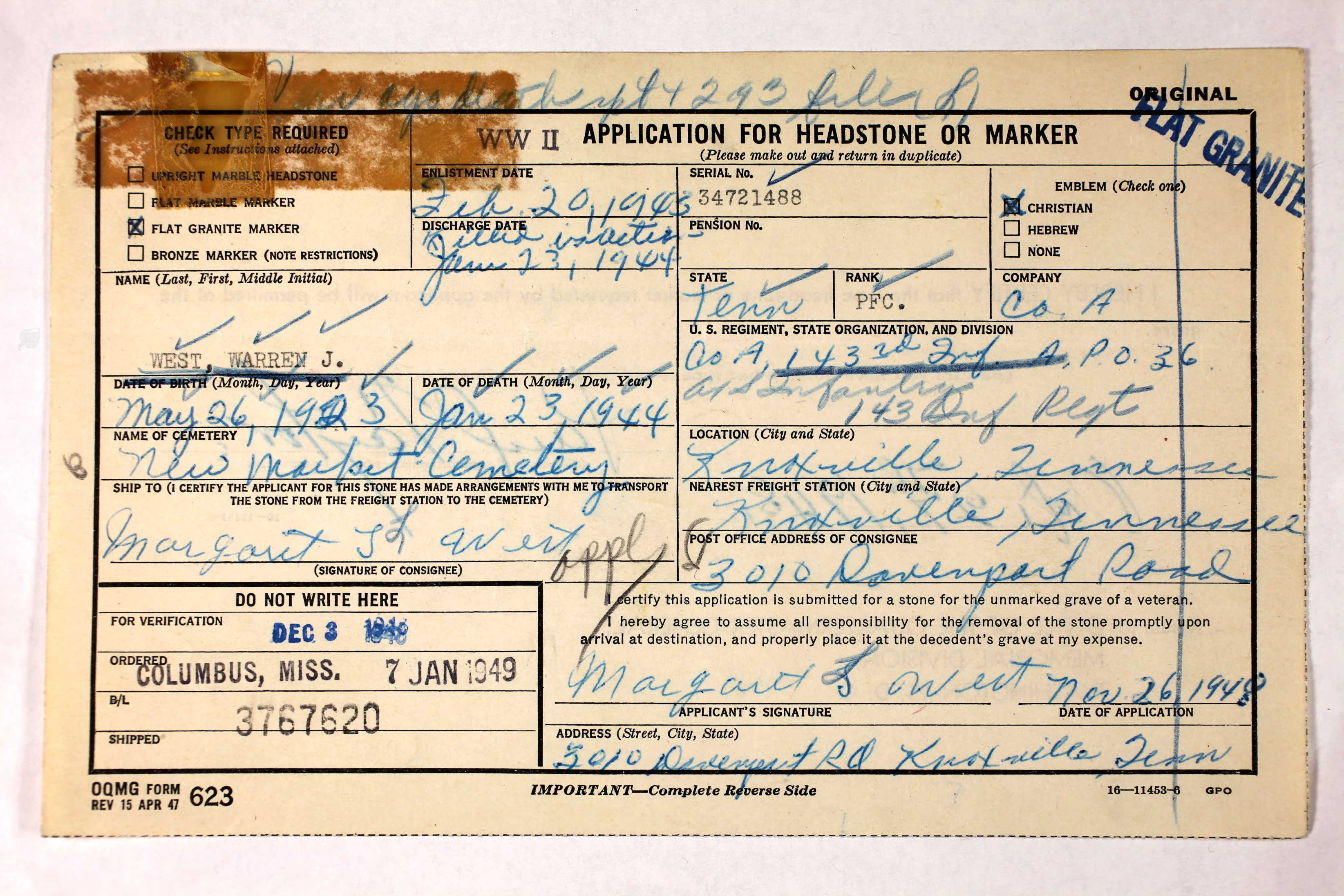 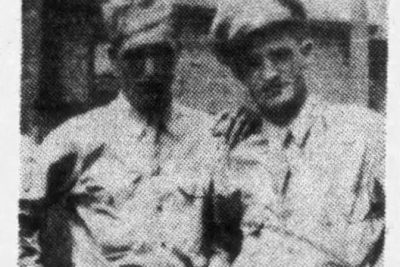 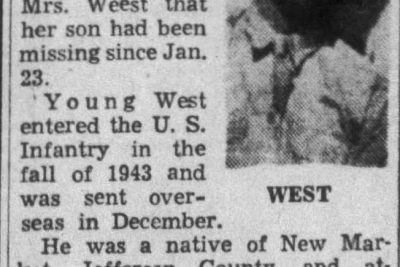 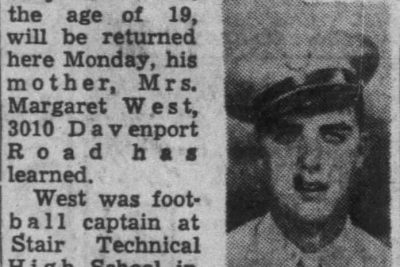