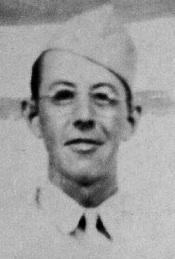 Pvt. Warren J. Sloan, son of Mr. and Mrs. O.B. Sloan, was killed in action in Germany on Feb. 26, while with Lt. Gen. George B. Patton’s Third Army. Warren was 22 years of age. Besides his parents he is survived by three sisters, Mrs. Carroll Cagle, Misses Reba and Gena Sloan, of Madisonville. He attended school at Tellico Plains and graduated at Loudon High School in 1941. He was previous to entering service, employed at Alcoa North Plant, and had been with the Army since July 25, 1944, receiving his basic training at Camp Wheeler, Ga, and arriving overseas on Feb. 5, 1945. He was a member of Cane Creek Baptist Church. 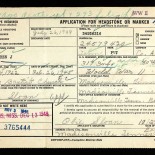