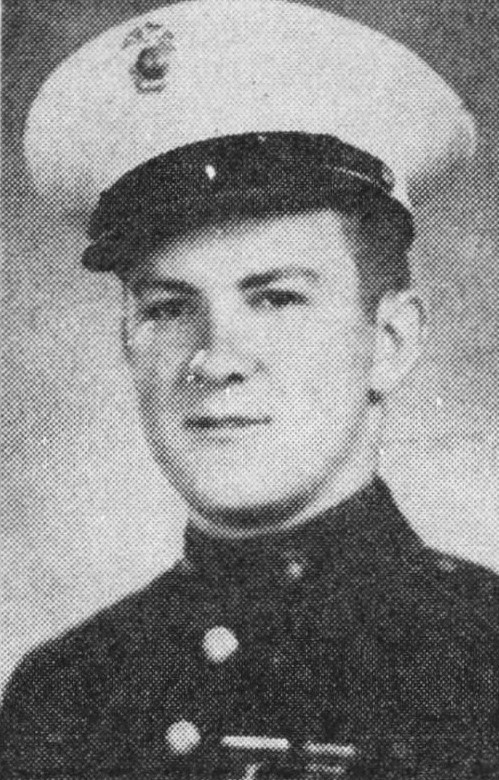 Cpl. Warren Grant Snapp, USMC, of the Fourth Marine Division, was killed in action February 19, 1945, on Iwo Jima, his parents, Mr. and Mrs. L.H. Snapp of Blountville, have been advised.

Corporal Snapp joined the Marine Corps in November, 1943, following his graduation from high school in Tampa, Fla., in June of that year. He took his boot training at Parris Island, S.C., and later trained at Camp Joseph Pendleton, Oceanside, Calif., with a special troop of Coaches and non-commissioned officers.

The Marine corporal was overseas 15 months and participated in the battle of the Marshall atolls, Saipan and Tinian.
He was initially buried at Iwo Jima 4th Marine Division Cemetery, Kazan Retty, Japan. 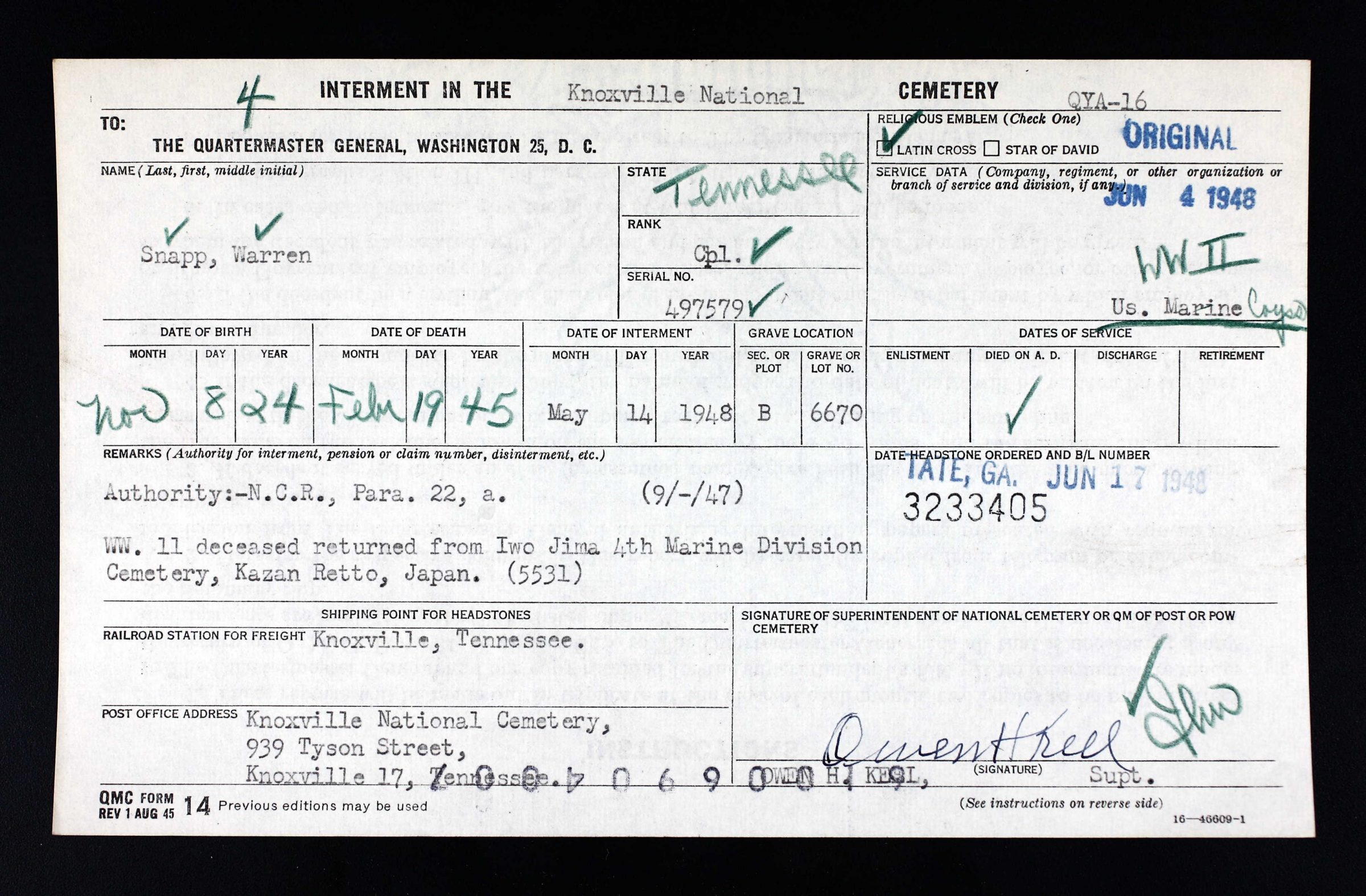