Warren Clyde Price served on the U.S.S. Juneau (CL52). He is memorialized at Manila American Cemetery. He has a memorial stone in the Price Cemetery on Buntontown Road, Butler, TN

Battle of Guadalcanal. The Juneau was just eight months in service when she was mortally wounded in her second major action in the battle of Guadalcanal, which marked the end of Japanese aggression to the south. Badly crippled by a torpedo the Juneau was forced to retire from the action. Later the same day, Nov. 13, 1942, she was again torpedoed. She sank within a minute. The final casualty toll in the ship’s loss was 37 officers and 647 enlisted men either dead or missing in action. 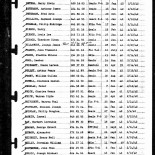 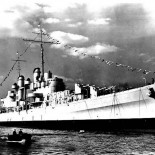