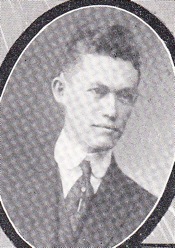 He was born in Knoxville. He died at the age of 21.
Warren Allen Congdon enlisted in the 105th Sanitary Train, 120th Ambulance Company, 30th Infantry Division, October 5, 1917. After training at Camp Sevier, SC, he went to France, where he served in the Aisne-Marne, Oise-Marne, and Meuse-Argonne Offensives. Sent to base hospital at Langres, France, on October 7 and died there October 26 of typhoid fever.

“Warren Congdon Dead Was Popular Soldier. Parents Received Announcement of Death of Typhiod From Adjutant General”
Mr. and Mrs. Fred Congdon, of 1802 Washington Avenue, were notified Saturday night of the death in France of their son, Allen Warren Congdon, in the following official communication by wire
Mrs. Geneva Congdon
1802 Washington Avenue, Knoxville, Tennessee
Deeply regret to inform you that it is officially reported that Private Allen Warren Congdon, of the
Medical Department died of Typhiod October 26

Young Congdon belonged to the 105th Sanitary Train and received his training at Camp Sevier, Greenville, S.C. He has been in France several months. Recently his parents received a letter from their son’s commander, Capt. Dabney, in which he spoke of the illness of their son, of the high esteem in which the officer and all his comrades held Young Congdon and stated that he had been sent to the best available hospital, where Capt. Dabney was confident the young soldier would recover.
Young Congdon was well known in Knoxville, where he was very popular. Before entering the military service of the nation he was connected with the Southern Coal and Coke company. Friends here will be shocked to learn of his death.
-The Journal and Tribune, Knoxville, Tennessee, November 17, 1918. 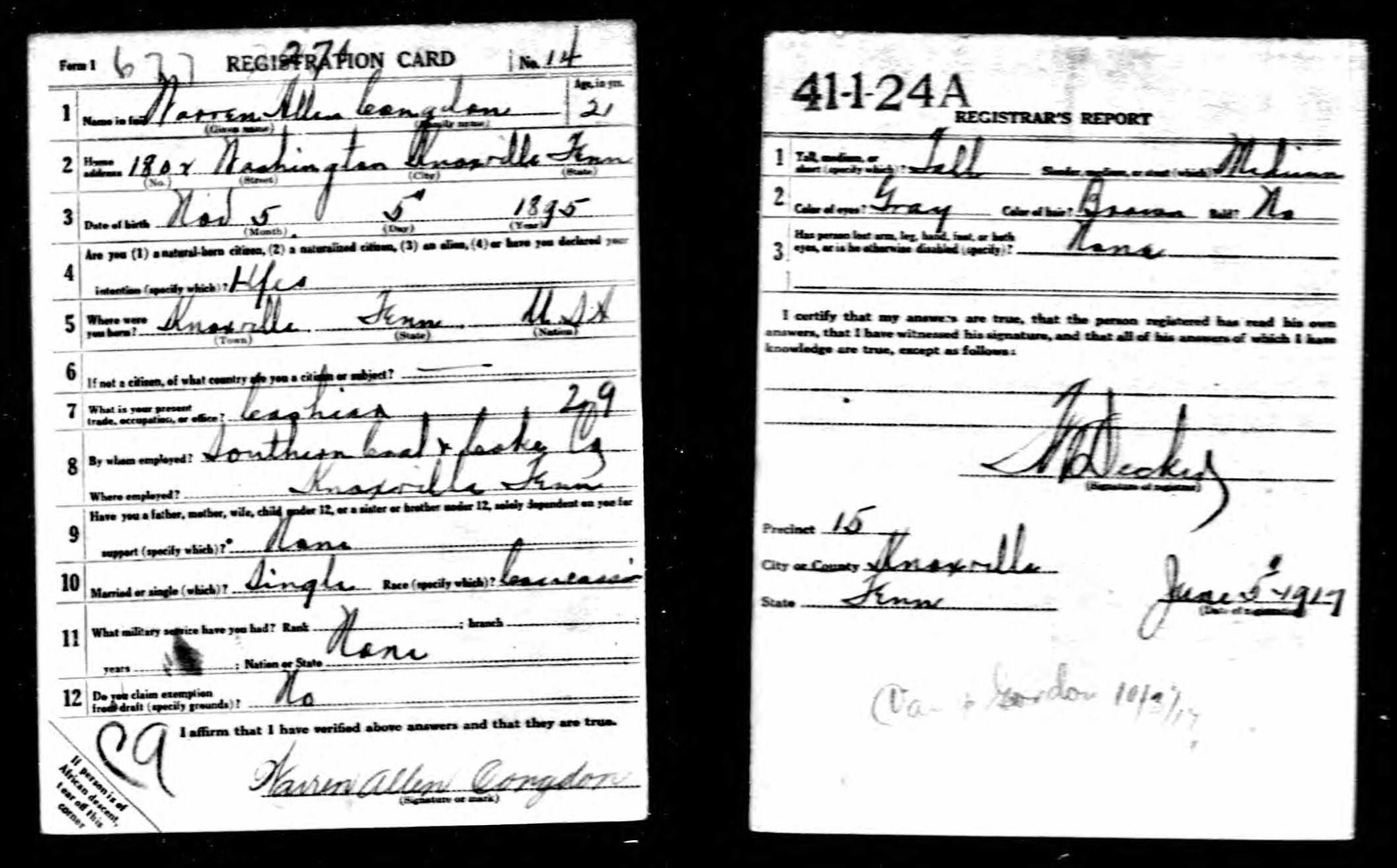 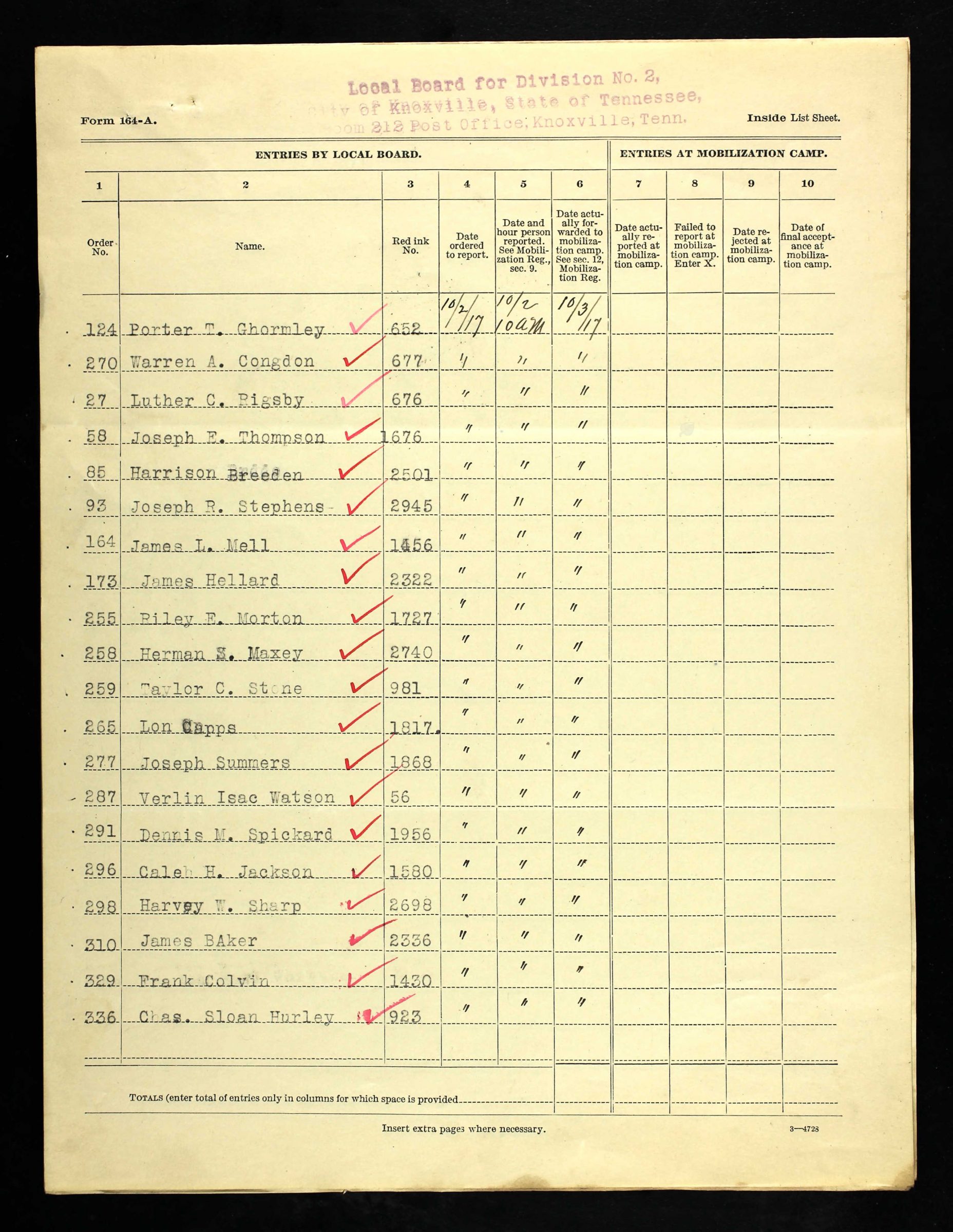 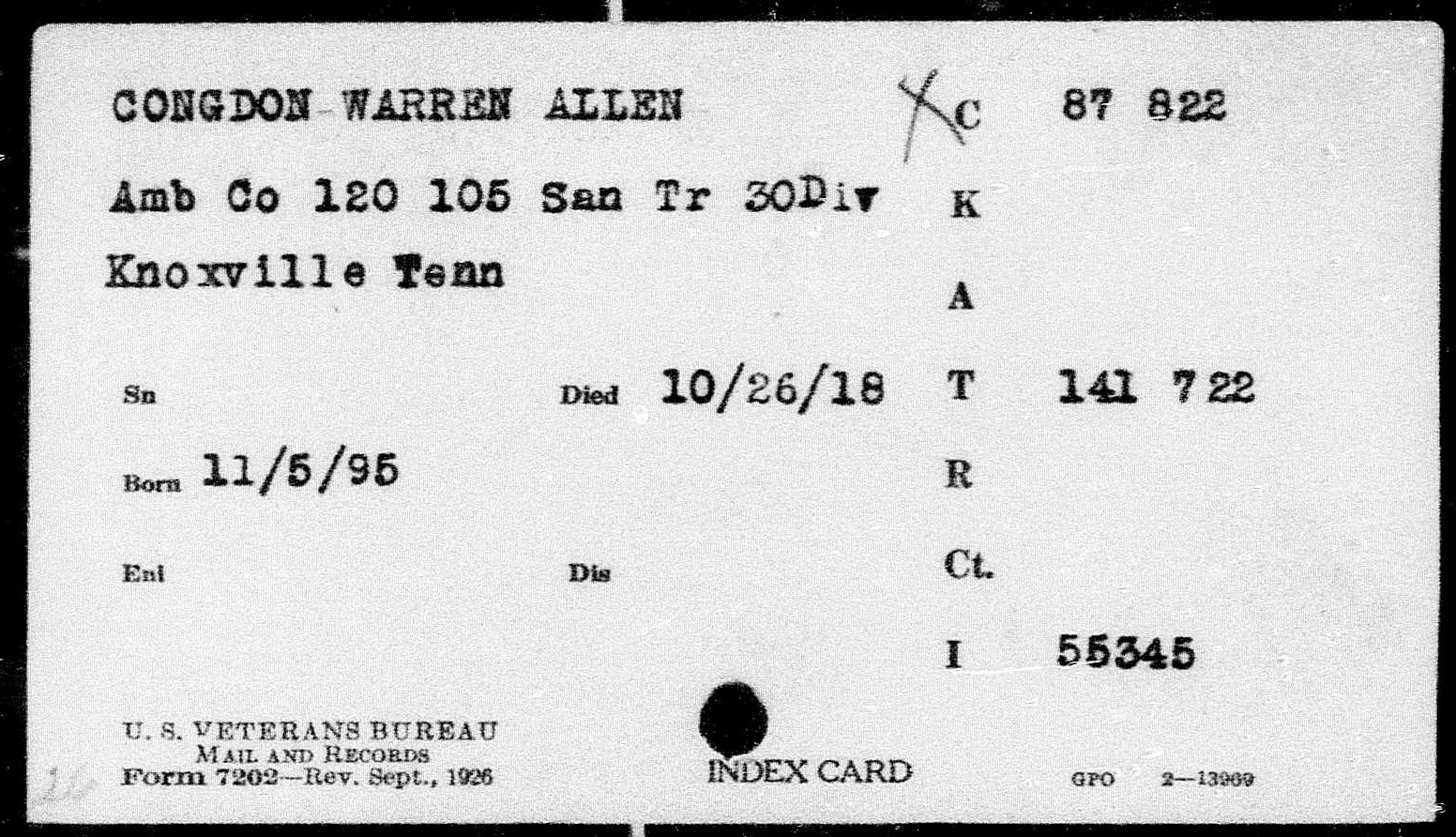 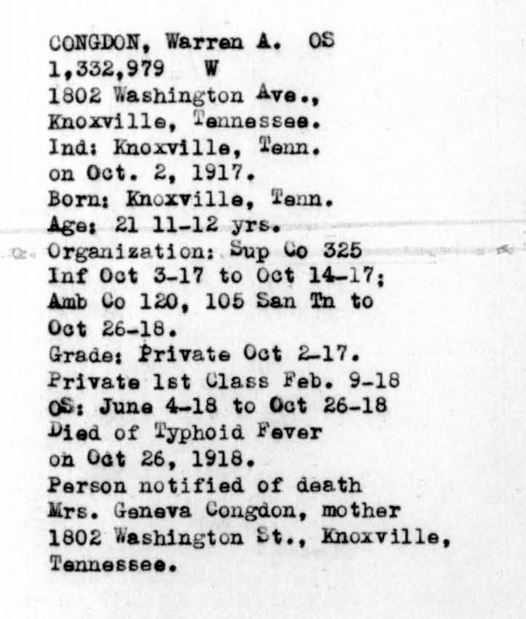