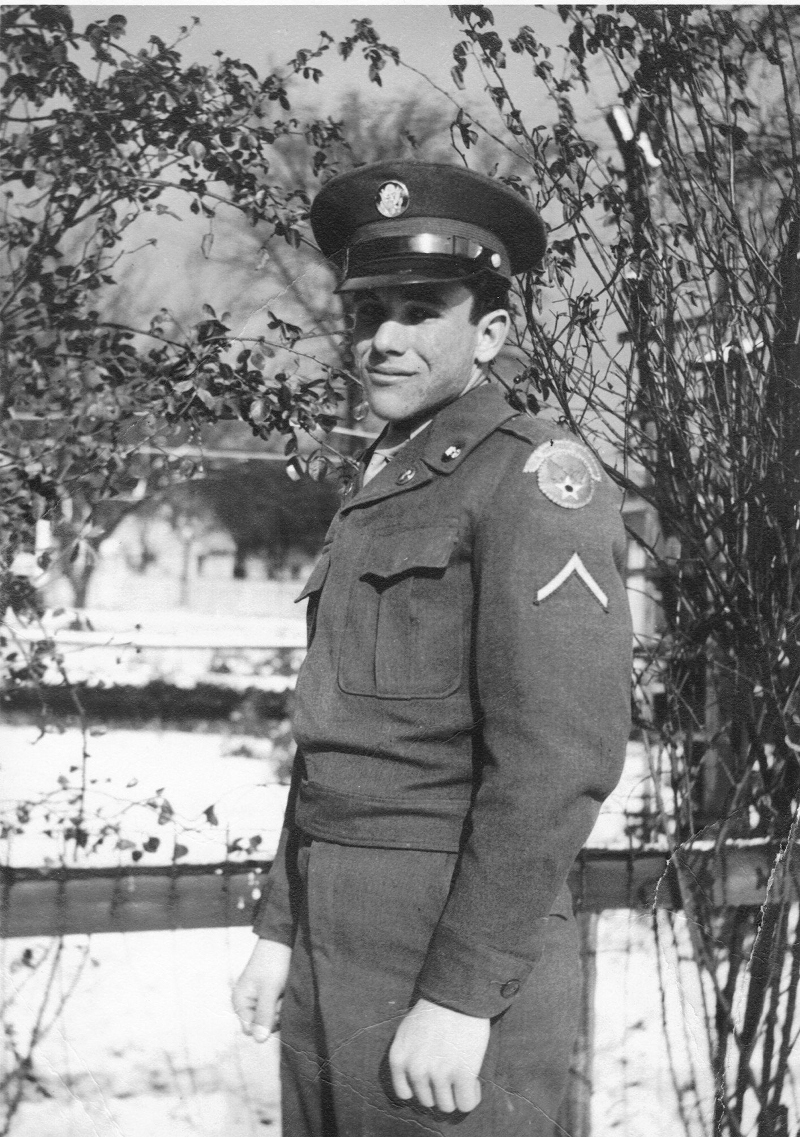 Private First Class Dobson was a member of the 8th Cavalry Regiment, 1st Cavalry Division. He was seriously wounded by the enemy in South Korea on September 6, 1950 and returned to duty on September 9, 1950. He was killed in action while fighting the enemy.

PFC Ward Dobson, service number RA14223113, served two enlistments in the US Army, 1st Cavalry Division, 8th Cavalry Regiment, E Co 2 Bn. When the Korean conflict began, Ward reenlisted and was deployed to the war zone as an infantryman. He was seriously wounded in the leg on September 6, 1950, and received a Purple Heart. After hospital convalescence, Ward returned to duty in the war zone on September 9, 1950, and was killed in action September 17, 1950 in the Taegu area.

Ward’s sister, Barbara, knowing that his unit was involved in heavy fighting, sat up all night listening to the radio to hear the names of wounded and killed in action. Sadly, one of the names of the KIA was her brother, Ward. He is the son of Cecil and Carma Cox Dobson. 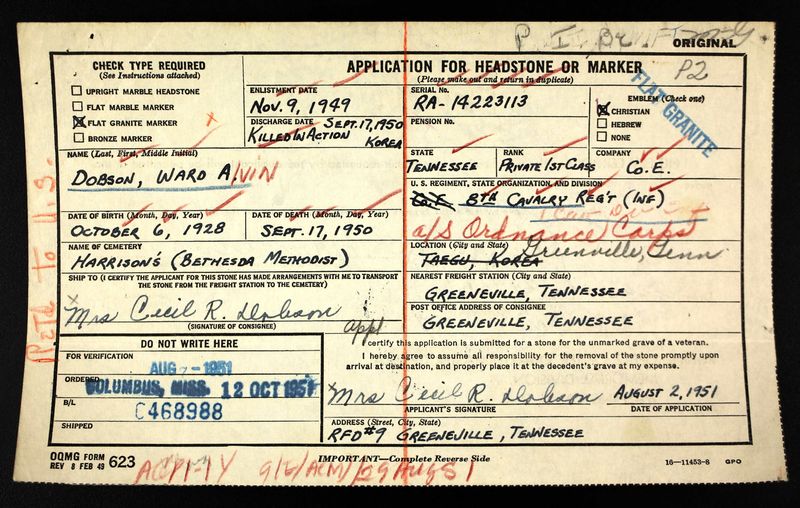