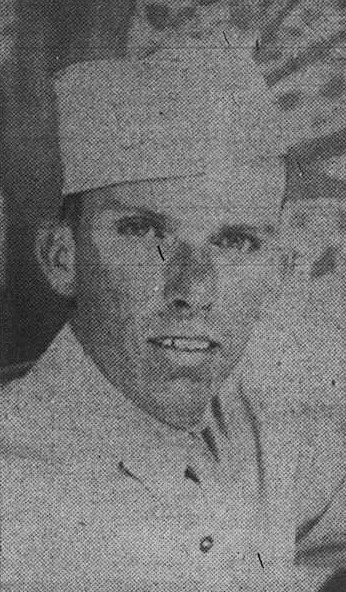 PFC Gentry was killed in action on the 1st of April 1944. After the war he was moved to the Manila American Cemetery, A,15,17, Philippines.

The Johnson County News, April 27, 1944
According to a telegram received by his parents, Ed and Mrs. Gentry of Route 1, from the War Department, Pvt. Walter W. Gentry was killed in action at Bouganville Island during an amphibious operation this month. Pvt. Gentry had been in the service overseas almost two years.

The Johnson County News,  May 18, 1944
One of the largest crowds in the history of the church was present at Valley View Methodist church last Sunder afternoon when memorial services were held for Pfc. Walter W. Gentry at 2 p.m., followed at 3 p.m. by the funeral services for Mr. Ham Fenner of Doe Valley.
Pfc. Walter W. Gentry was born at Mountain City, Tenn., July 12, 1915, and, according to a telegram from the War Department was killed while fighting for his country on Bouganville Island, April 1, 1944. Walter was an excellent Christian Young man, and always an attendant of church and Sunday School wherever he was. Letters from his Army chaplain stated that he still attended and participated in Christian services at every possible opportunity.
Walter is survived by his parents, Mr. and Mrs. Ed Gentry and the following brothers and sisters: Kyle Gentry of Neva, Conley Gentry, Mrs. Ross Nichols, Kate, Mamie and Betty Gentry of Mountain City. 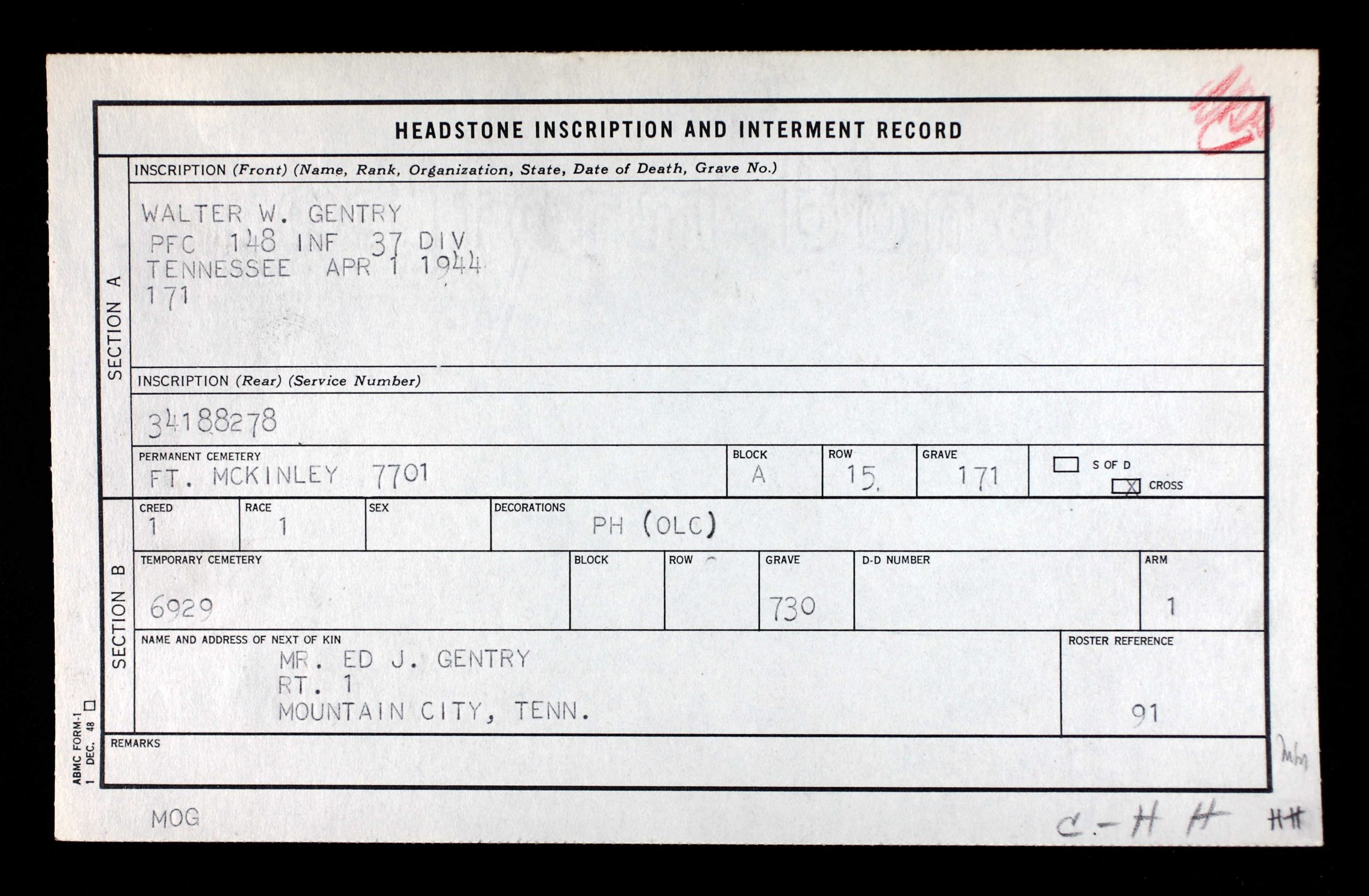 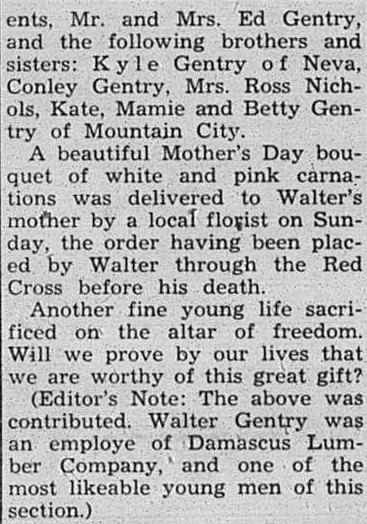