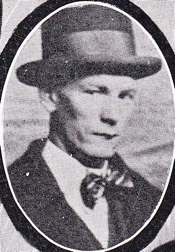 He entered the army March 28, 1918, and was assigned to Camp Gordon for training and joined Company B, 327th Infantry, 82nd Division. Sailed with his organization to France on May 9, 1918. Engaged in St. Mihiel offensive and the Toul sector. He was killed October 15, 1918, by a German shell while he was recuperating in a hospital back of the battle lines. He died at the age of 25. 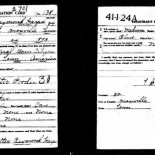 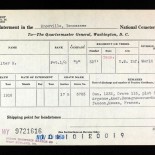 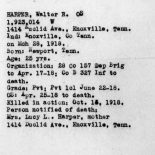 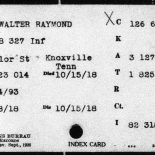 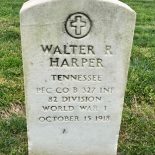