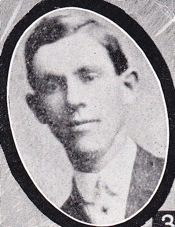 Walter R. Armstrong was sent to Camp Gordon, GA, August 1, 1918, for military training. Was caught by the influenza epidemic and died September 30, 1918, in an English Hospital. He was initially buried at Paignton Cemetery in Devonshire, England.

Mrs. Belle Bounds, 510 Swenson Street, aunt of Walter R. Armstrong, received an official telegram announcing the death of Armstrong, Sept. 30. It stated he died of pneumonia. A letter written by Mr. Armstrong, Sept. 29, has been received by relatives in this city. He said in the letter that he was well and pleased with the conditions in the French camps. Mr. Armstrong was selected by the draft and sent to Camp Gordon, Atlanta, where he trained for a short time before being sent overseas. He left Knoxville last July or August. Private Armstrong was employed on the farm of his uncle, W.C. Bise at Ruggle’s ferry, before he was accepted for the army. He was a son of the late Bert Armstrong. Surviving him are the following sisters, Mrs. Maude Bounds, Mrs. Burrill Anderson and Miss Isabella Armstrong. Two brothers, Clifford and Vernon Armstrong are now in France with the American Expeditionary Forces.
-The Journal and Tribune, Knoxville, Tennessee, Wednesday, November 13, 1918. 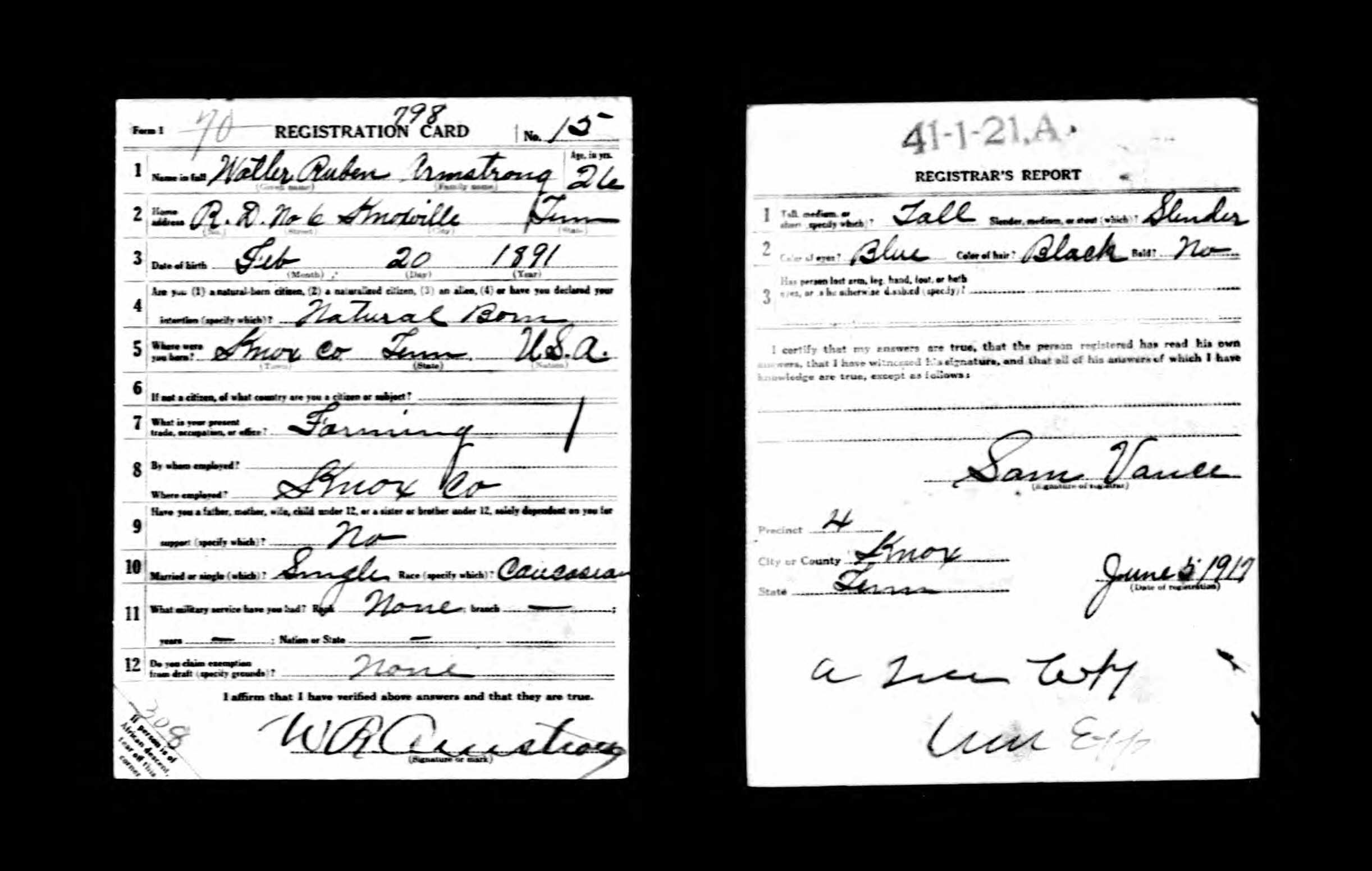 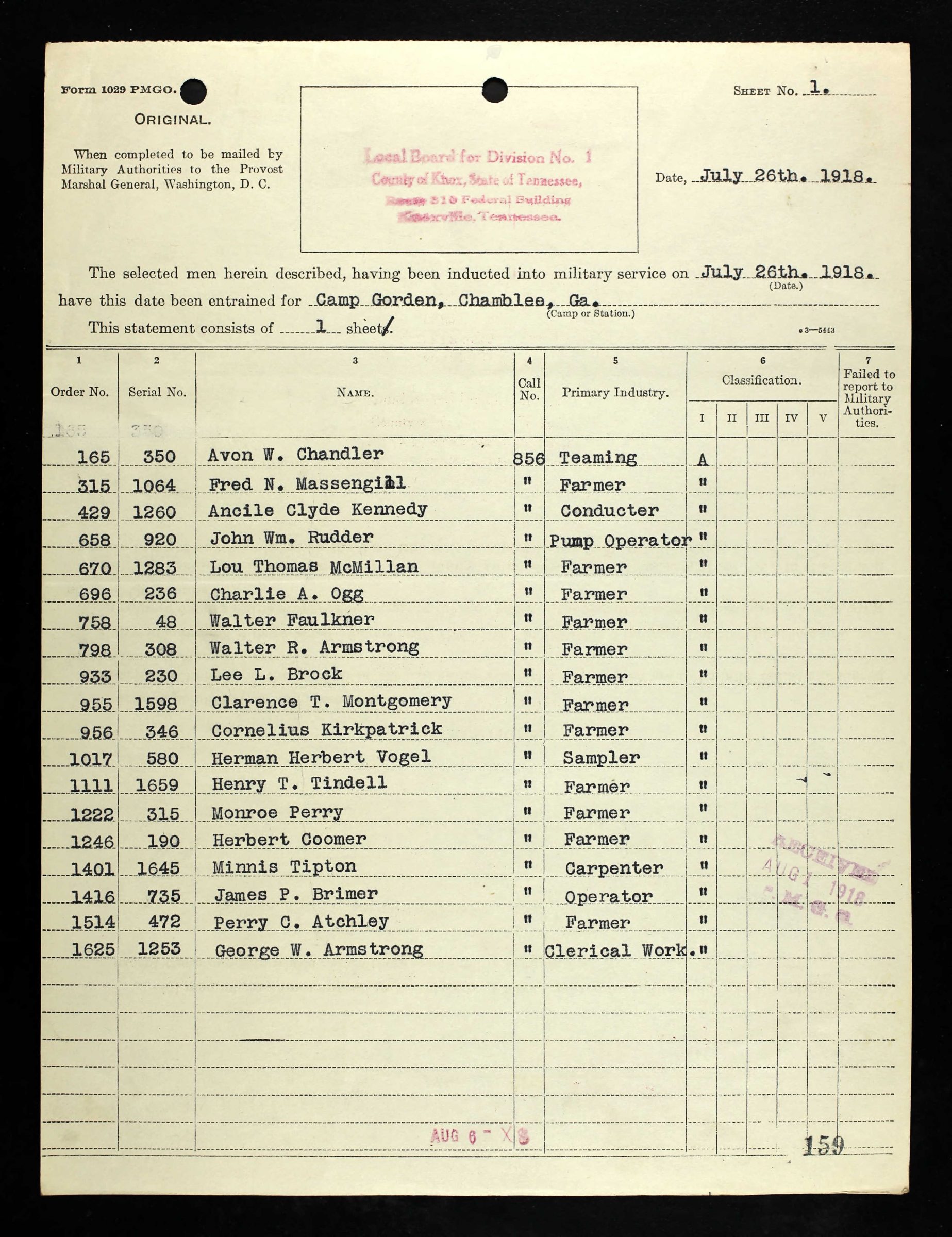 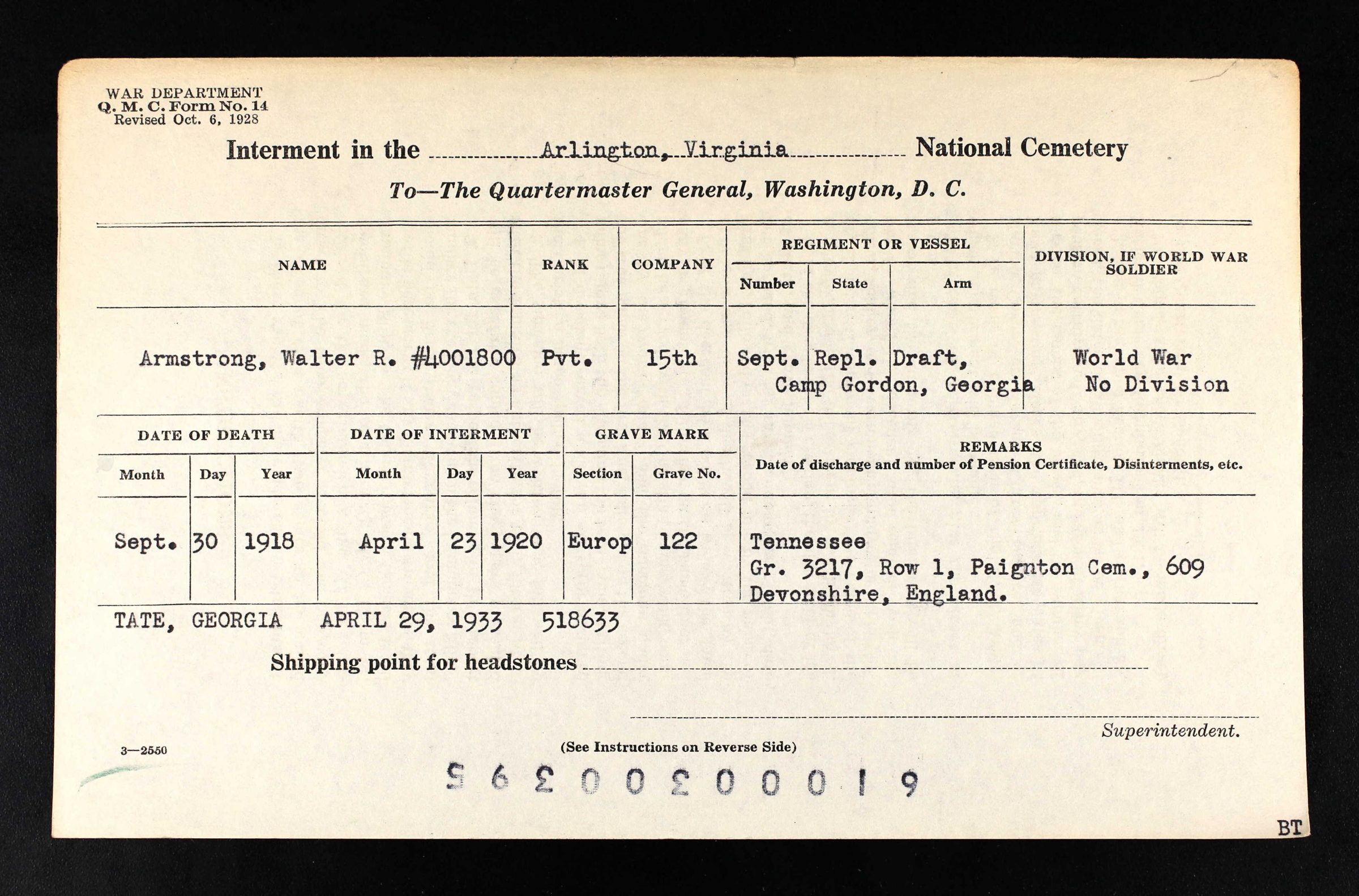 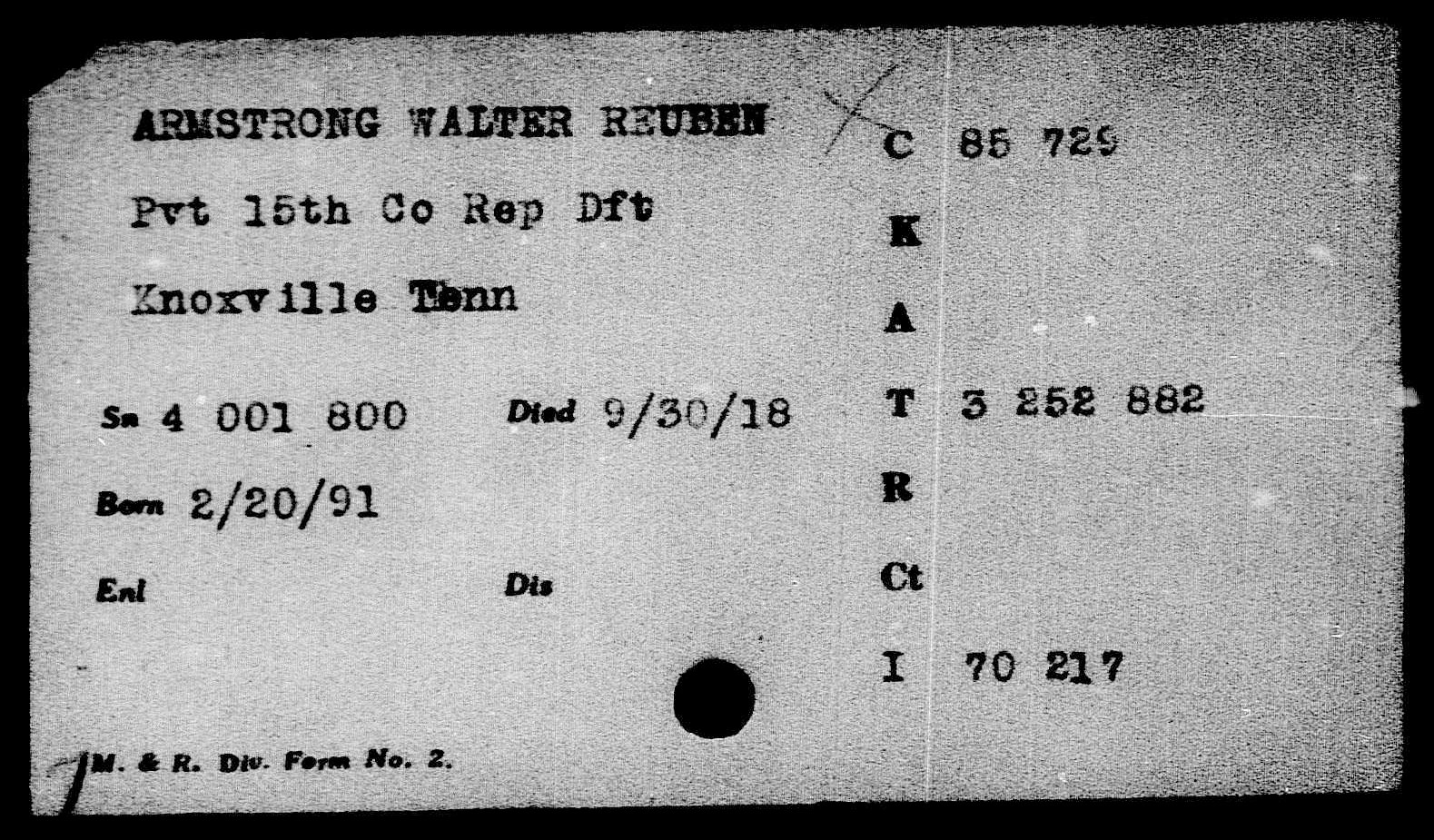 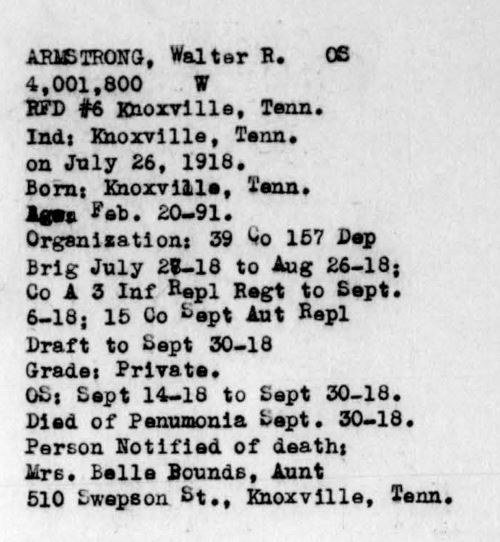