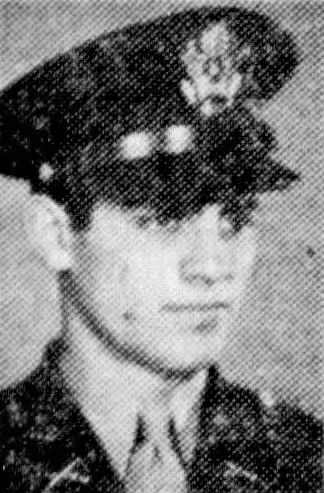 Lt Blaufeld was killed in Germany. He served in the 120th Infantry Regiment, 30th Infantry Division.

Note the attached for some family history: https://jewishknoxville.org/archives/the-way-we-were/1893-new-knoxville-jewish-cemetery-plot-deed

The Knoxville News-Sentinel, September 14, 1948
The body of Lt. Walter N. Blaufeld, Jr., who was killed in action in Germany Nov. 16, 1944, will be returned here tomorrow for burial, his parents, Mr. and Mrs. Walter N. Blaufeld, 9 Maplehurst Park, have announced. Services will be held at the New Jewish Cemetery on Glenn Street, just off Middlebrook Pike. Rabbi Samuel Volkman, Scranton, Pa., brother-in-law of Lt. Blaufeld, and Rabbi Leo Stillpass, Knoxville, will conduct burial services. Ther will be no chapel services.
Lt. Blaufeld, 23, at the time of his death, was graduated from Knoxville High School in 1939 and attended the University of Tennessee during the following year. He was in the shoe business before entering the Army in the fall of 1942. He was commissioned in August, 1943, and was serving as an infantry combat officer with the Thirtieth (Old Hickory) Division, Ninth Army, at the time of his death. 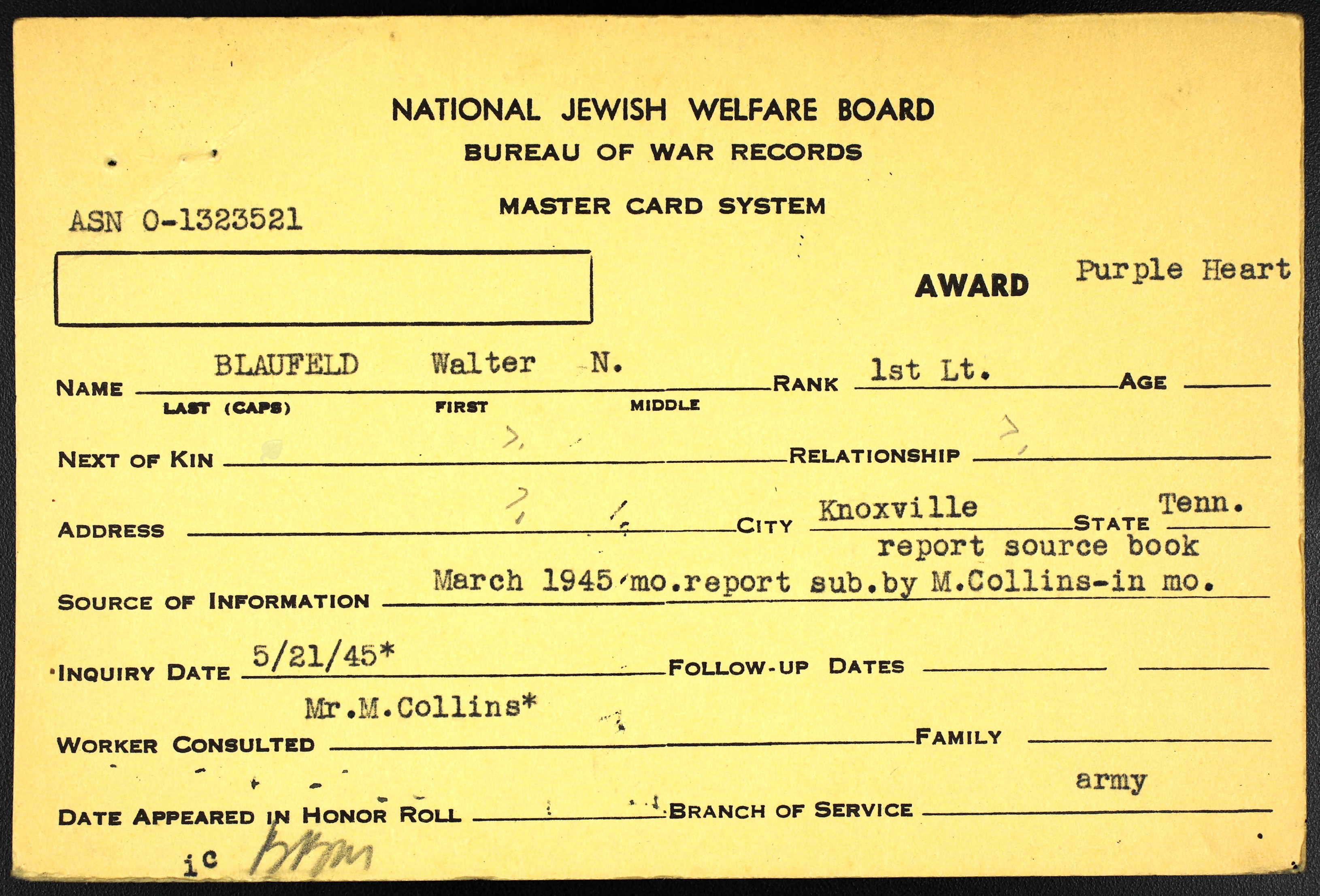 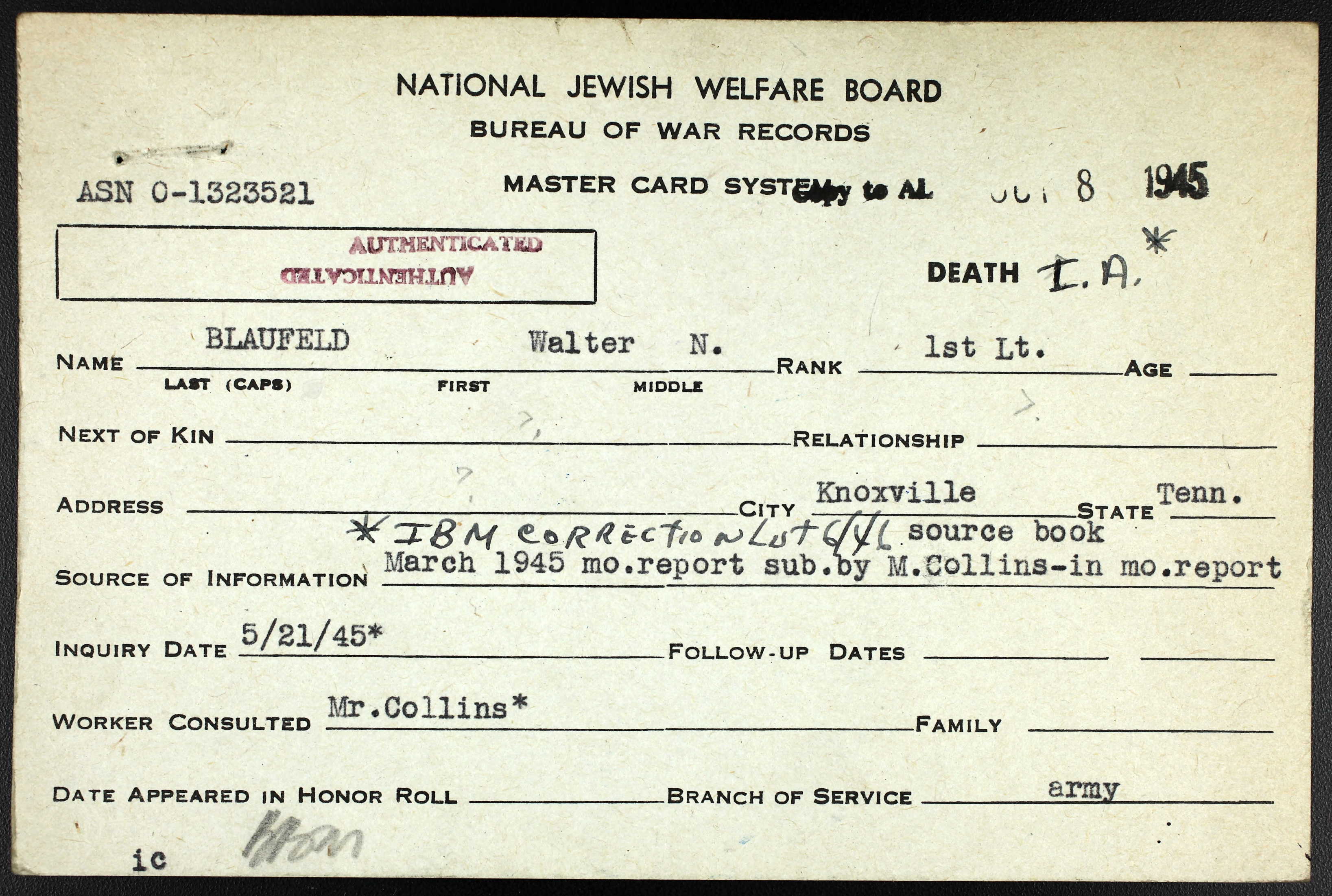 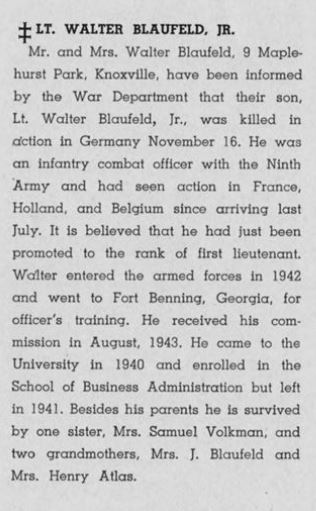 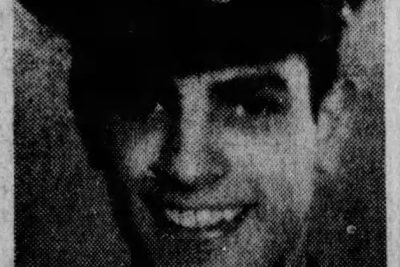 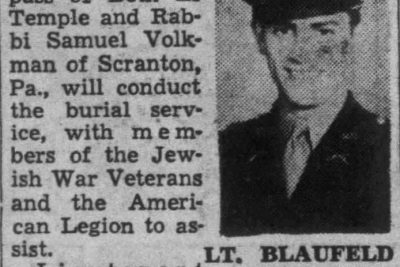 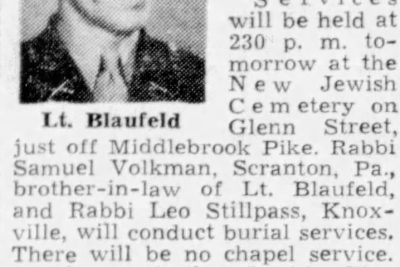