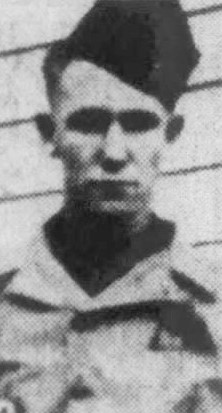 Buried on November 10, 1948 in Knoxville National Cemetery (Section A Site 5865). Sgt Horner was initially buried at the American War Cemetery Margraten in the Netherlands. 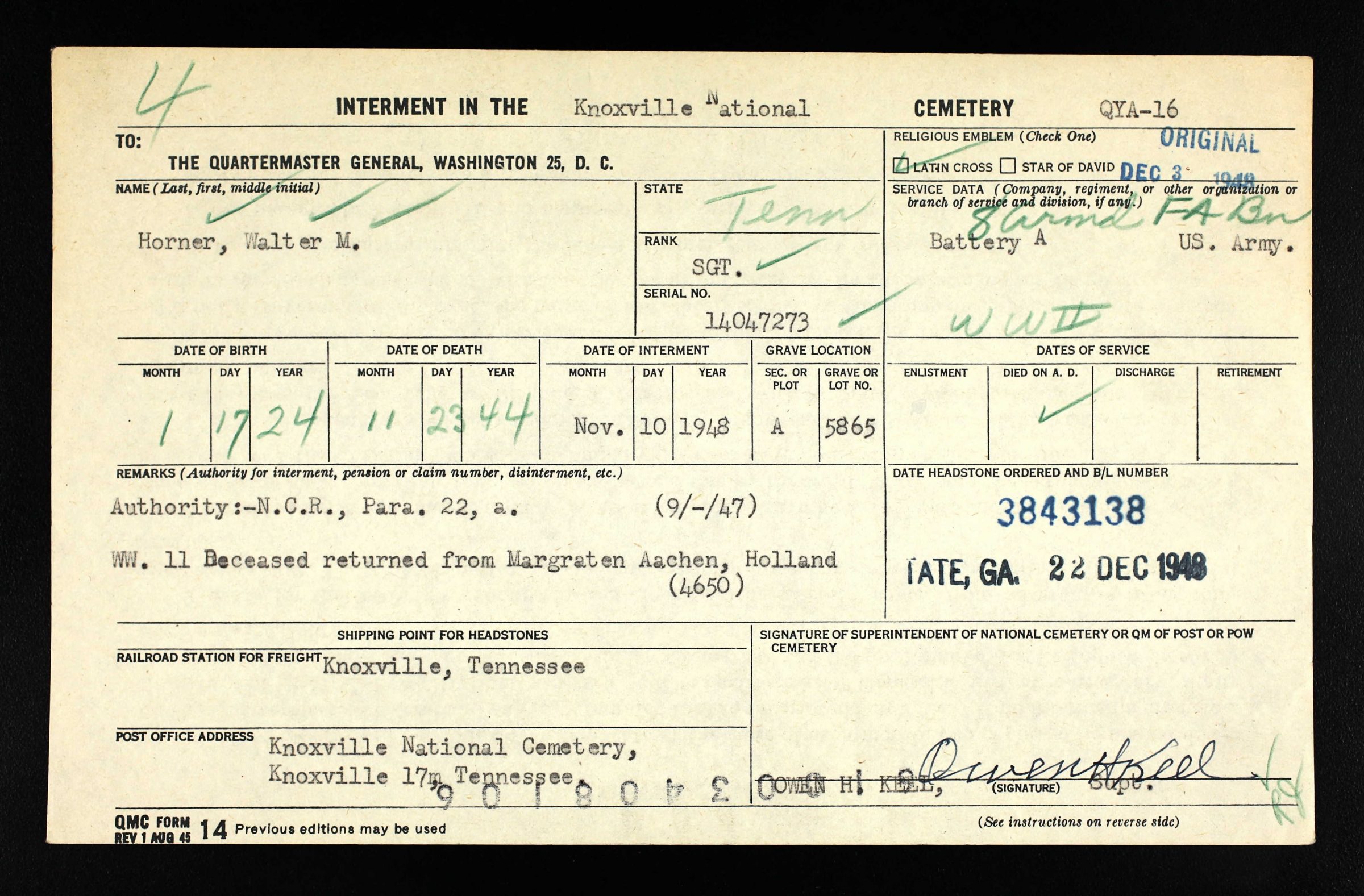 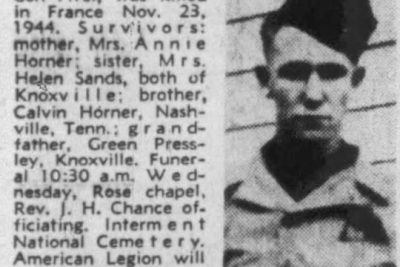