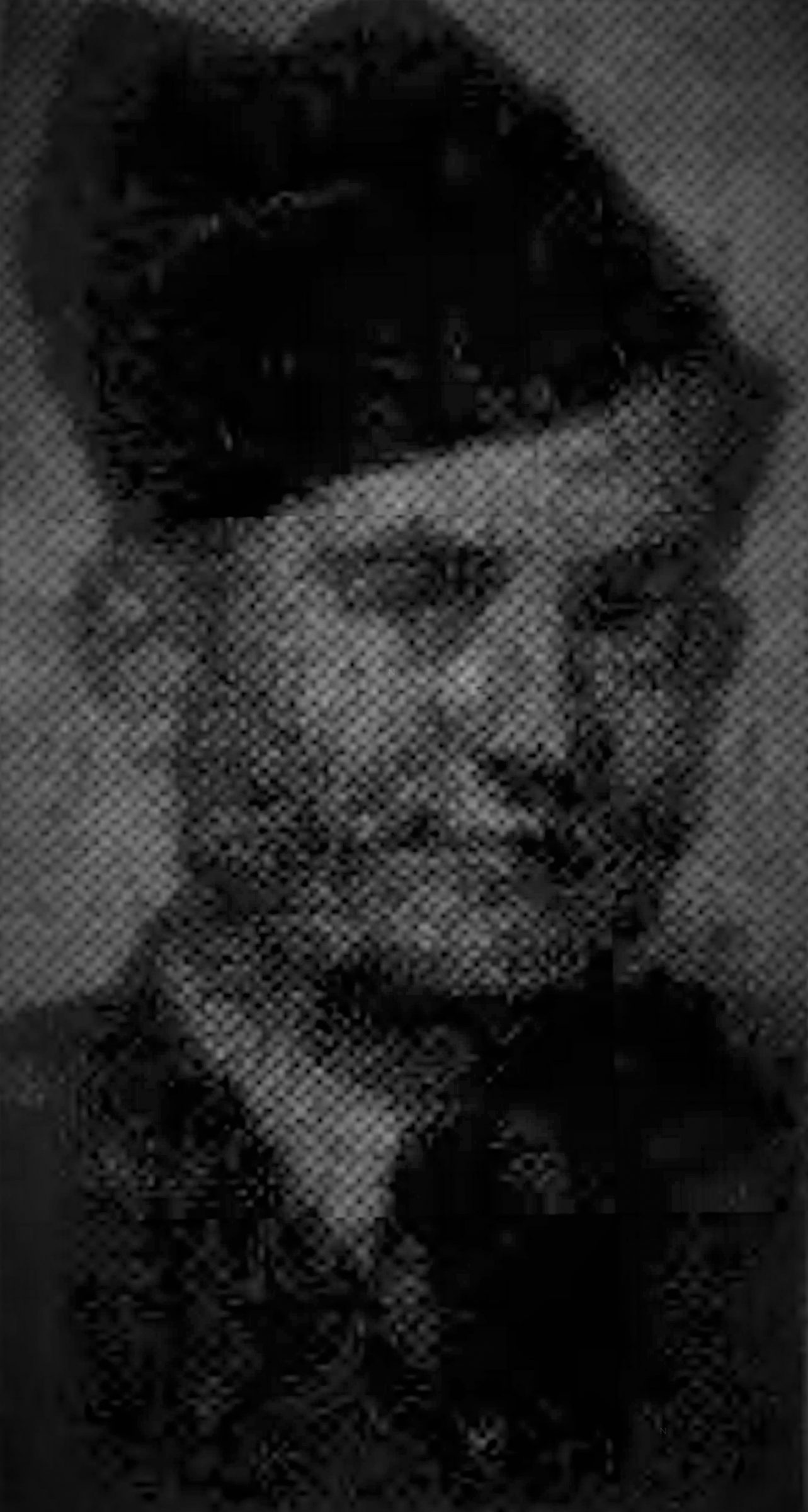 Technician 4th Class Walter M. Banner was born in 1917. He was the son of Frank and Ella Banner. He was the brother of Avery Banner, Anna L. Banner, Chester Banner, Bonnie Banner, and Rosie Banner. He served in the European theater of the war in the 17th Tank Battalion, 7th Armored Division. He was killed in action in Germany on Tuesday, April 10, 1945. He is buried in the Netherlands American Cemetery in Margraten (Plot C, Row 13, Grave 31). He was awarded a Bronze Star.

Tech. Sgt. Walter M. Banner, son of Mr. and Mrs. Frank Banner, 110 East Massachusetts Avenue, was killed in action in Germany April 10, the War Department has informed the parents. Sgt. Banner was 27 years old. He attended Lonsdale School and was employed in an extrat plant here before entering the service more than four years ago. He had been overseas a year. In addition to his parents, he leaves three brothers and three sisters. 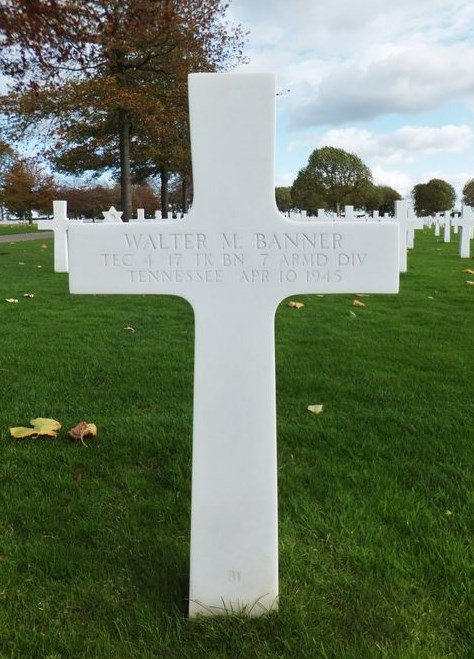 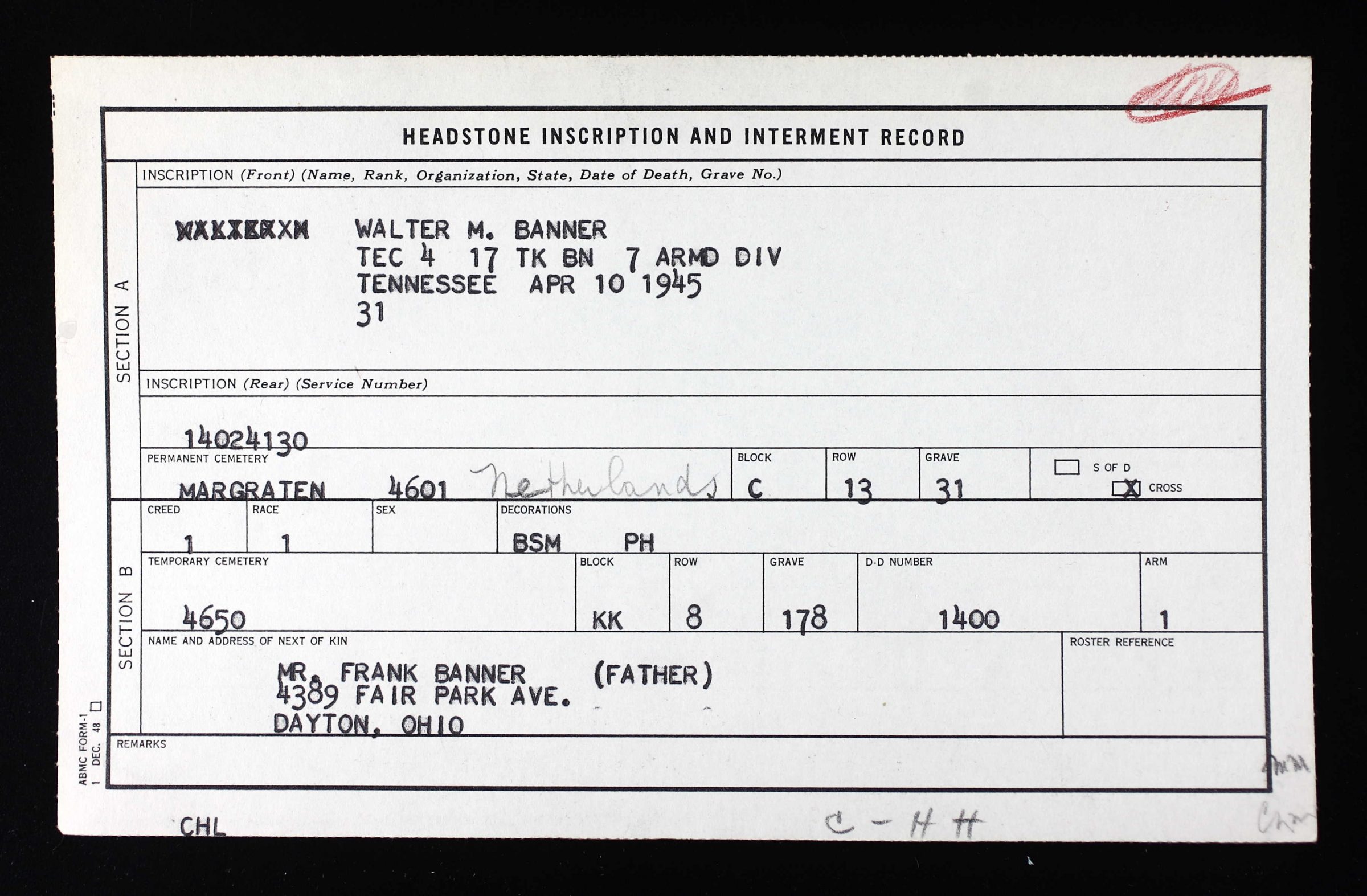 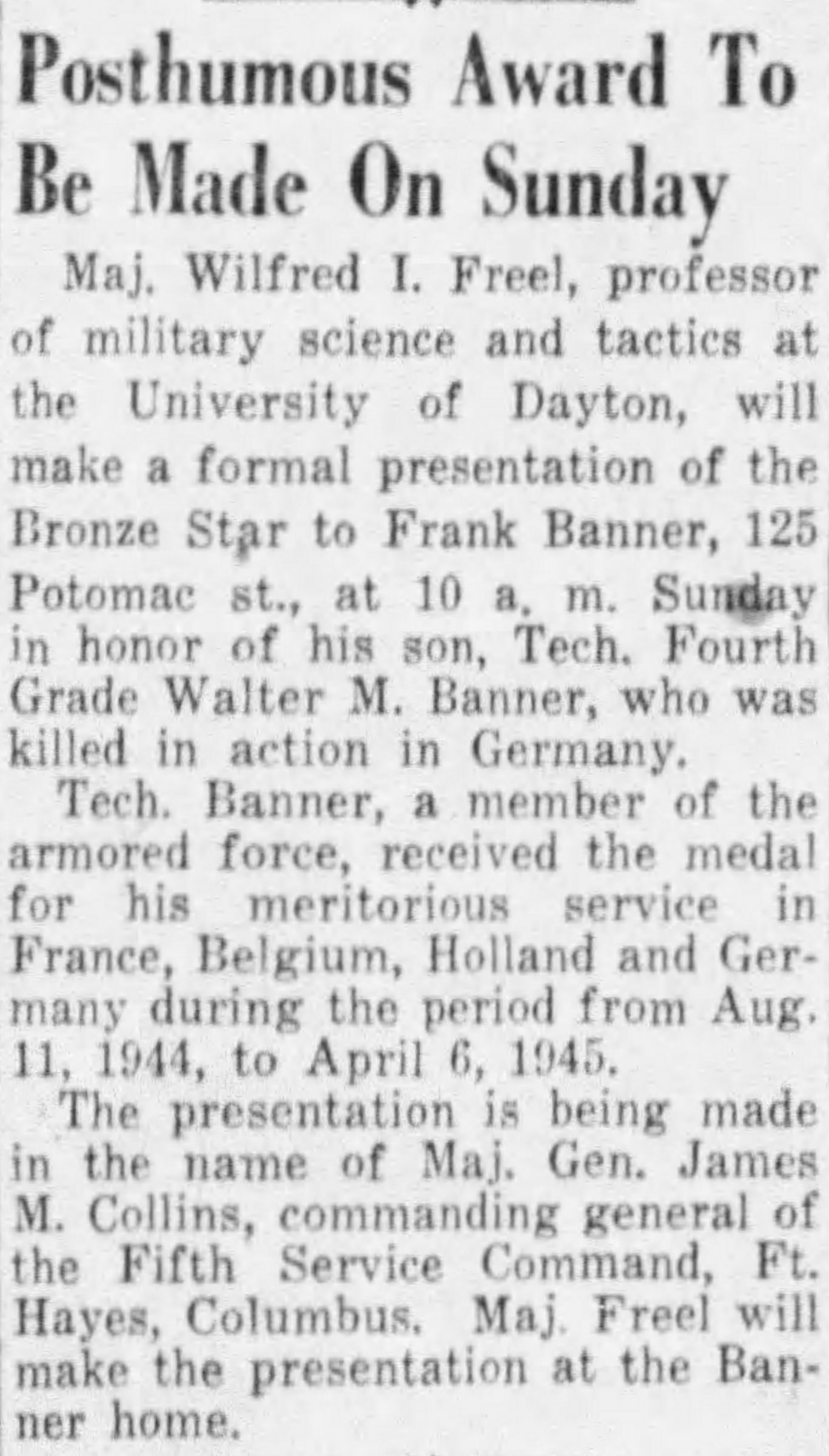 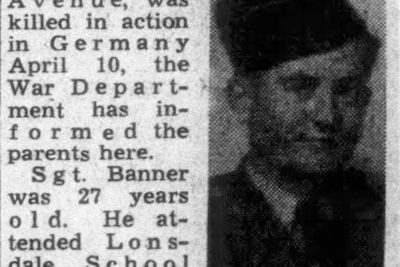