The aircraft B-17G with serial number 42-97756 was on a heavy bombardment mission to the area of Bohlen in Germany. Sgt Rice was the Tail Gunner. The aircraft returned to AAF Station 105 after completion of the mission, with the body of Sgt. Rice. He died instantaneously, cause of death being perforating flak wounds in the right temple and right axilla, and a shattered right arm.
Sgt Rice was buried on 3 March 1945 in the American Military Cemetery, Cambridge, England. He was subsequently buried at Evergreen Cemetery, Erwin, TN. 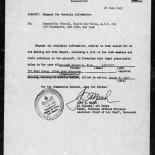 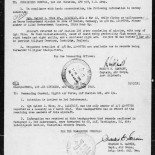 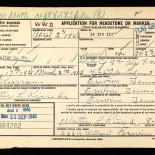 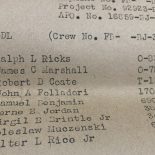 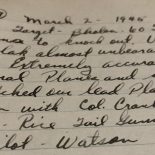