From the History of the 70th Independent Tank Battalion:
After Sicily, the 70th went to England to prepare for the Overlord amphibious landing. The experienced 70th was attached to help the inexperienced 4th Infantry Division. The 70th was supplied with the new M4 Sherman Duplex Drive Tank DD. This tank was equipped with a flotation skirt and 2 propellers, making it an amphibious tank. In the upgraded 70th, three companies had the M4 medium tank, while one company had the M5A1 light tank. Several officers of the 70th were skeptical as to the seaworthiness of the DD tank and spent their own time and money upgrading the flotation by reinforcing certain areas. At Utah beach, the 70th landed 28 DD tanks with a loss of only 4 – their LST hit a mine and sank. The tanks were valuable in supporting infantry and punching through the defensive walls. The 4th Infantry Division and the 70th quickly developed cooperative tactics. 70th dozer tanks would plow up embankments for infantry cover while the infantry would neutralize hand-held, anti-tank weapons such as the panzer foust and panzer shrek. The assault through the hedgerow country was murderous for the 70th and the 4th. One effective tactic, developed by the 70th, was to use the dozer tanks to plow down the hedgerows so the tanks and infantry could break through without becoming exposed when traveling up and over the hedgerows. 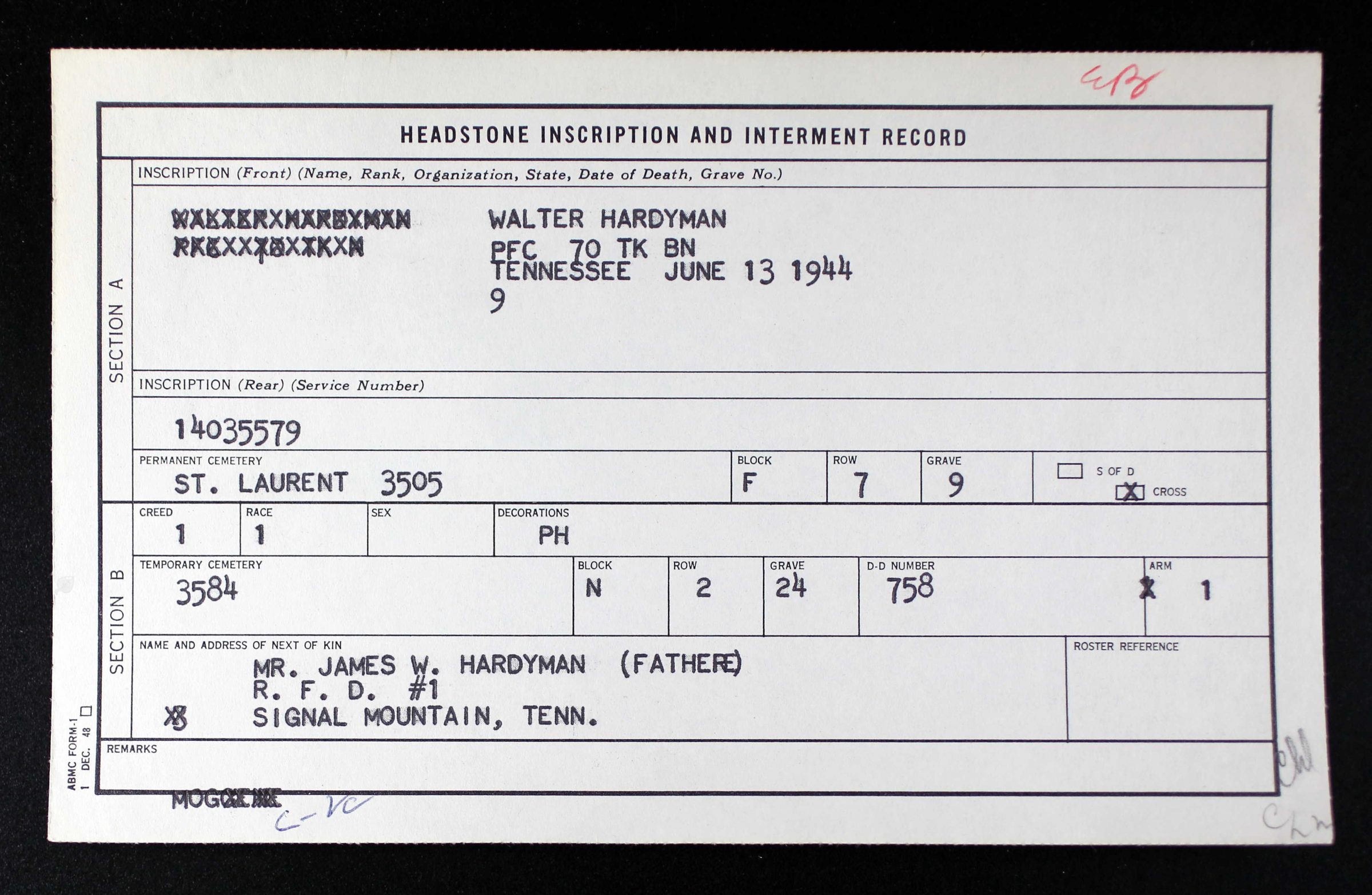