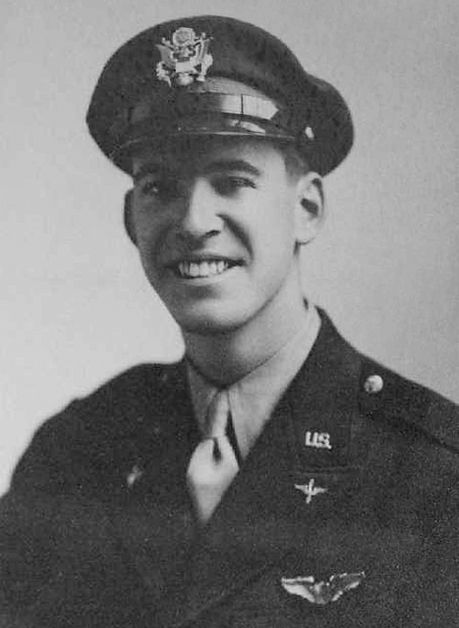 Aircraft B-17 with serial number 44-6305 was on an operational mission to Magdeburg, Germany

2nd Lt Preston bailed out near St. Vith, Belgium. He was killed when his parachute did not fully open. He stayed with the ship longer than the other members and evidently bailed out from too low an altitude. He landed behind American lines and was found by Belgium civilians and was initially buried at St. Vith, Belgium.

Statement from S/Sgt R.H. Easley
The first engine failure was mechanical. We pulled out of the formation and dropped our bombs on a village. We then headed for the rally point, arriving too early to meet the others. We took off on course, and shortly afterward another engine went out, again due to mechanical failures, including a broken oil line, making it impossible to control the propeller. We flew about 170 miles on the remaining two engines and lost the third engine just behind the allied lines. This engine failure was due to too hard a load being placed upon it when the other two went out.
The possibility of landing was considered but deemed not advisable due to our low altitude – we were losing 500 feet a minute – and the rough terrain below us. The order was given to bail out; I went first. Lt Preston became entangled in the shroud lined and on landing broke his back and both legs. It is not probable that he lived.
Lt Spaid and Sgt Meyers landed safely. I imagine, since they have not returned, that they are prisoners of war, although they must have landed very close to allied territory.

The Bristol Herald Courier, March 26, 1949
Funeral services for Second Lieutenant Hollis Preston, son of Mr. and Mrs. W.W. Preston of Bluff City, Tenn. Will be held at 2:30 p.m. Sunday at Bluff City Baptist Church. Burial will follow in Morning View Cemetery.
Lt. Preston was killed in action on Sept. 12, 1944 in Belgium. He was stationed with the Eight Air Force in England and was posthumously awarded the Oak Leaf Cluster, Air Medal and Purple Heart.
Surviving are his parents, two sister, Wanda and Katherine Preston and one brother, Donald Preston, all of Bluff City; one half-sister, Fintella Lette of Huntington, W.Va., and a half-brother, Dennis Preston of Detroit, Mich. The body was moved from Akard Funeral Home to the residence at 3 o’clock yesterday. He was a member of the Bluff City Baptist Church and a graduate of Bluff City High School. 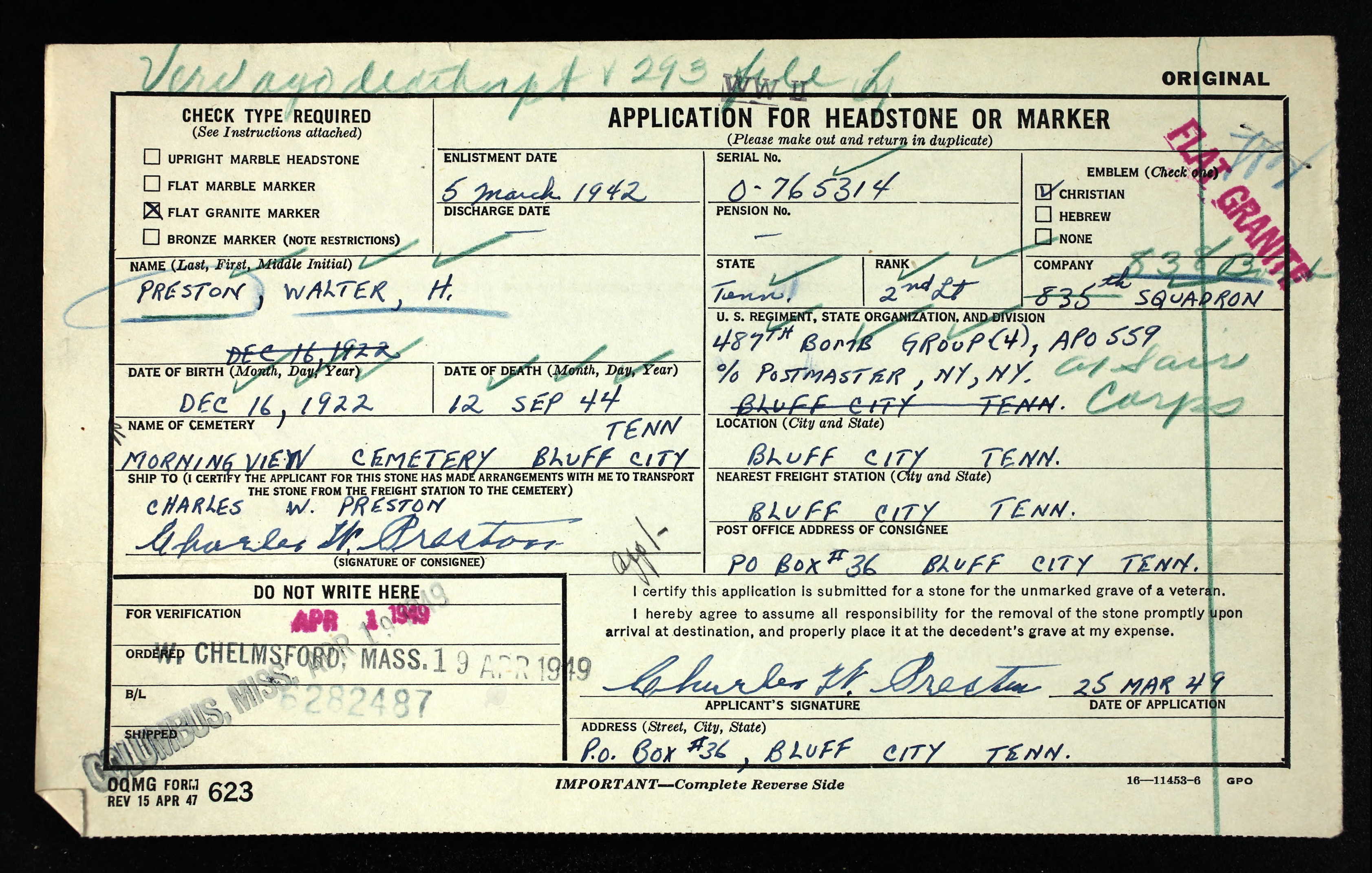 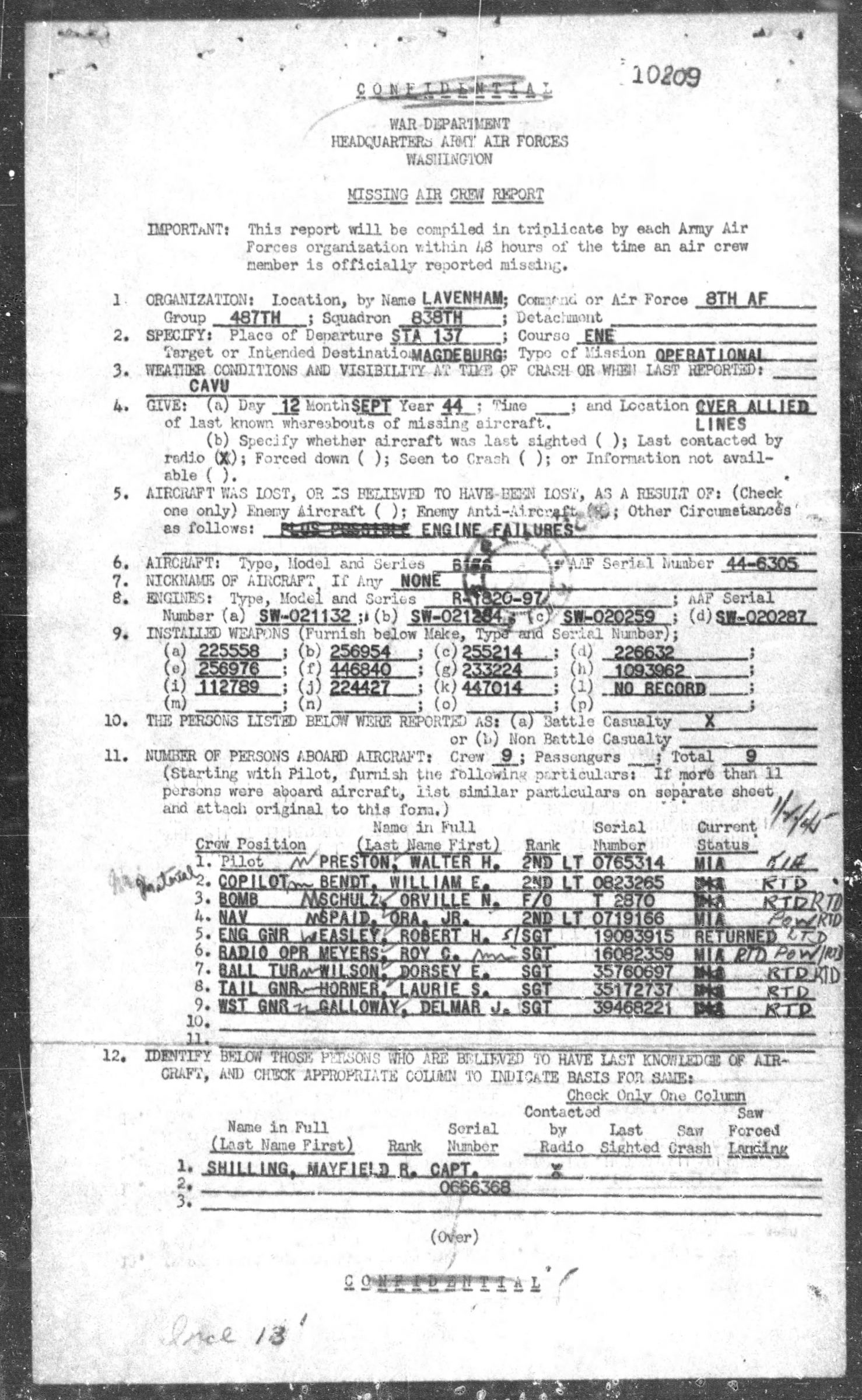 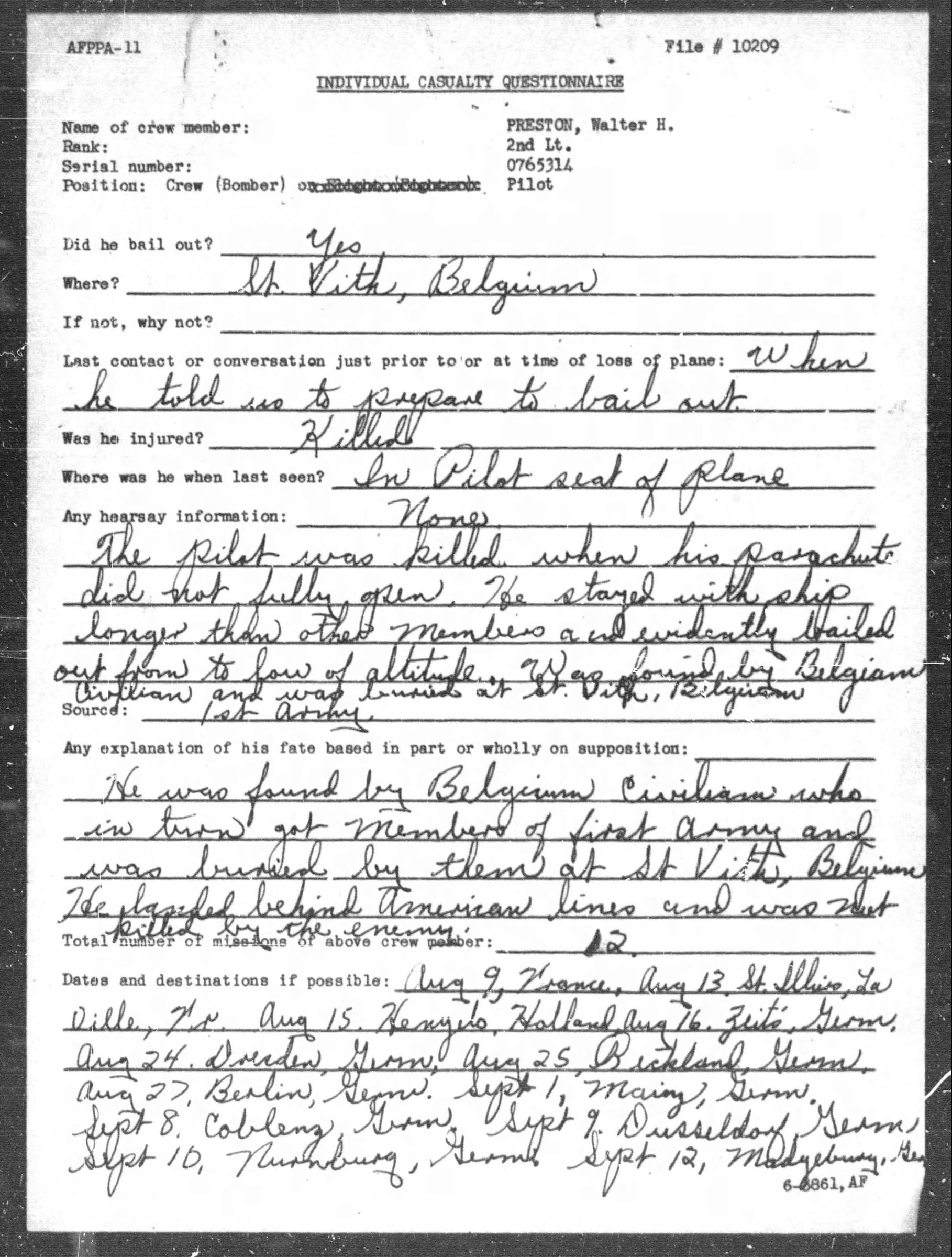