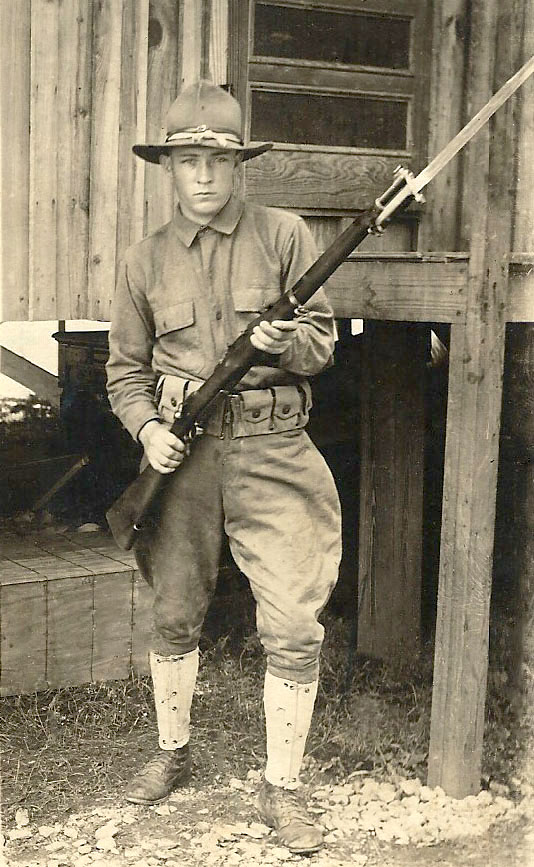 Walter E. McNeese was born in Washington County, Tennessee. He joined the Army at the age of 20. He died in France.

Walter was born in the Lamar Community of Jonesborough, Tennessee. He enlisted in the United States Army at Fort Oglethorpe, Georgia on 1 May 1917.

He was living in Watson, Missouri with his family at the out break of the war and was said to have ridden a horse all the way back to Jonesborough as to enlist from his home.

Walter was assisgned to Company M, 128th Infantry Regiment, 64th Infantry Brigade, 32nd Division. He participated in the unit campaigns of Alsace Sector, Aisne-Marne Offensive, Oise-Aisne Offensive and the Meuse-Argonne Offensive. It was in this offensive on 6 October 1918 while engaging the Germans that Walter was Killed in Action at the age of 21. He was the son of John Allen McNeese. 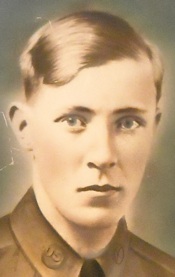 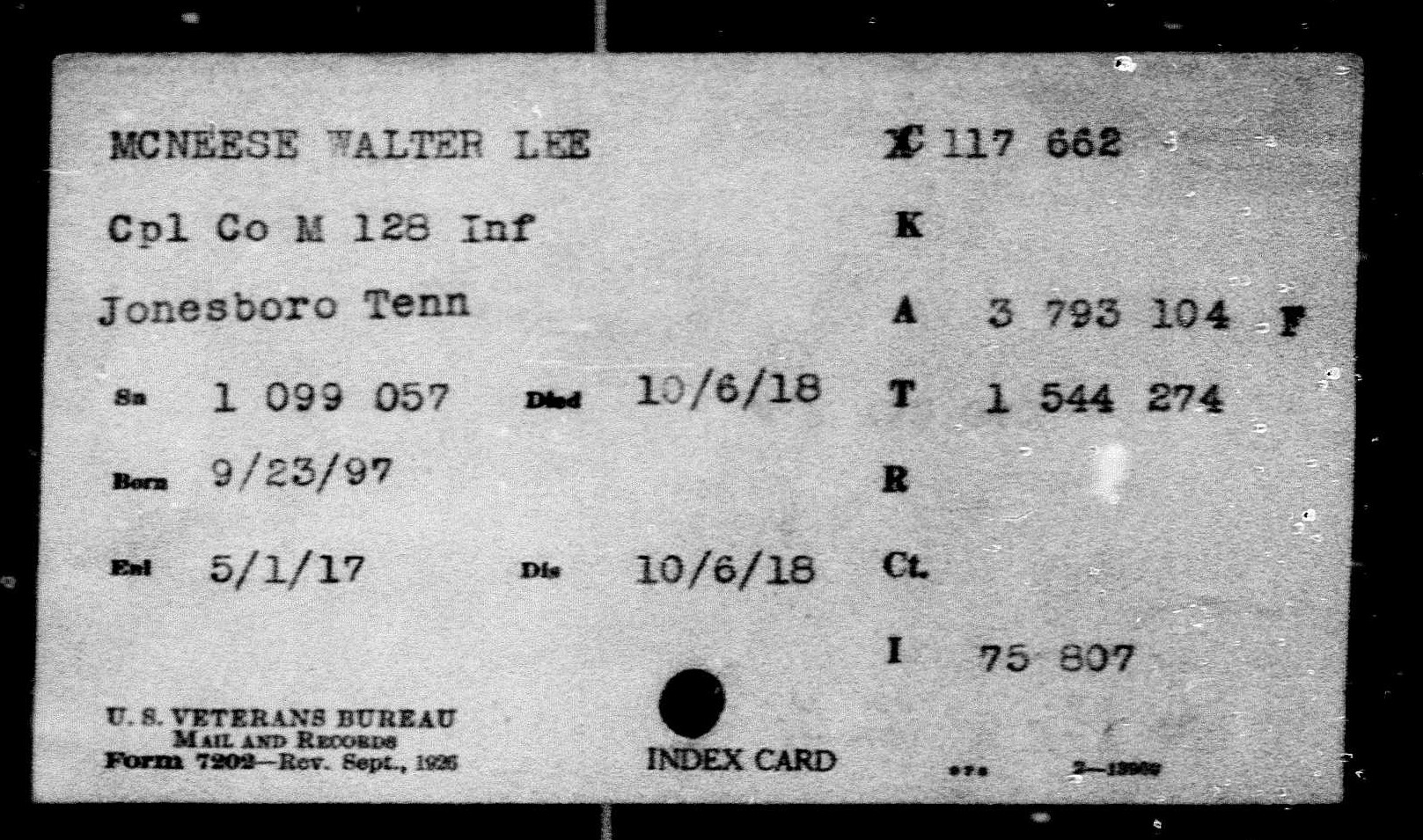 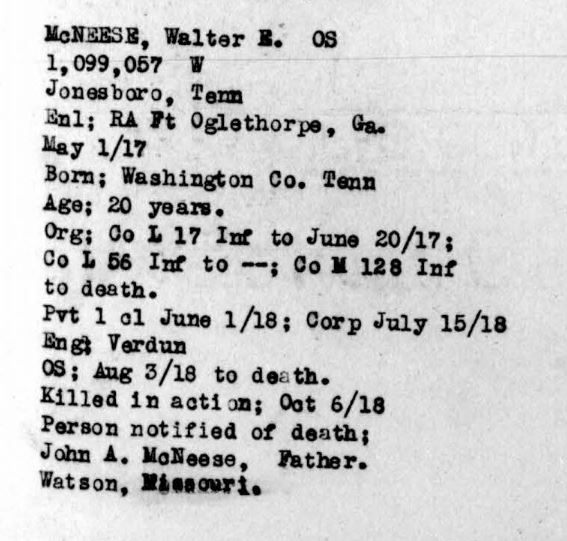 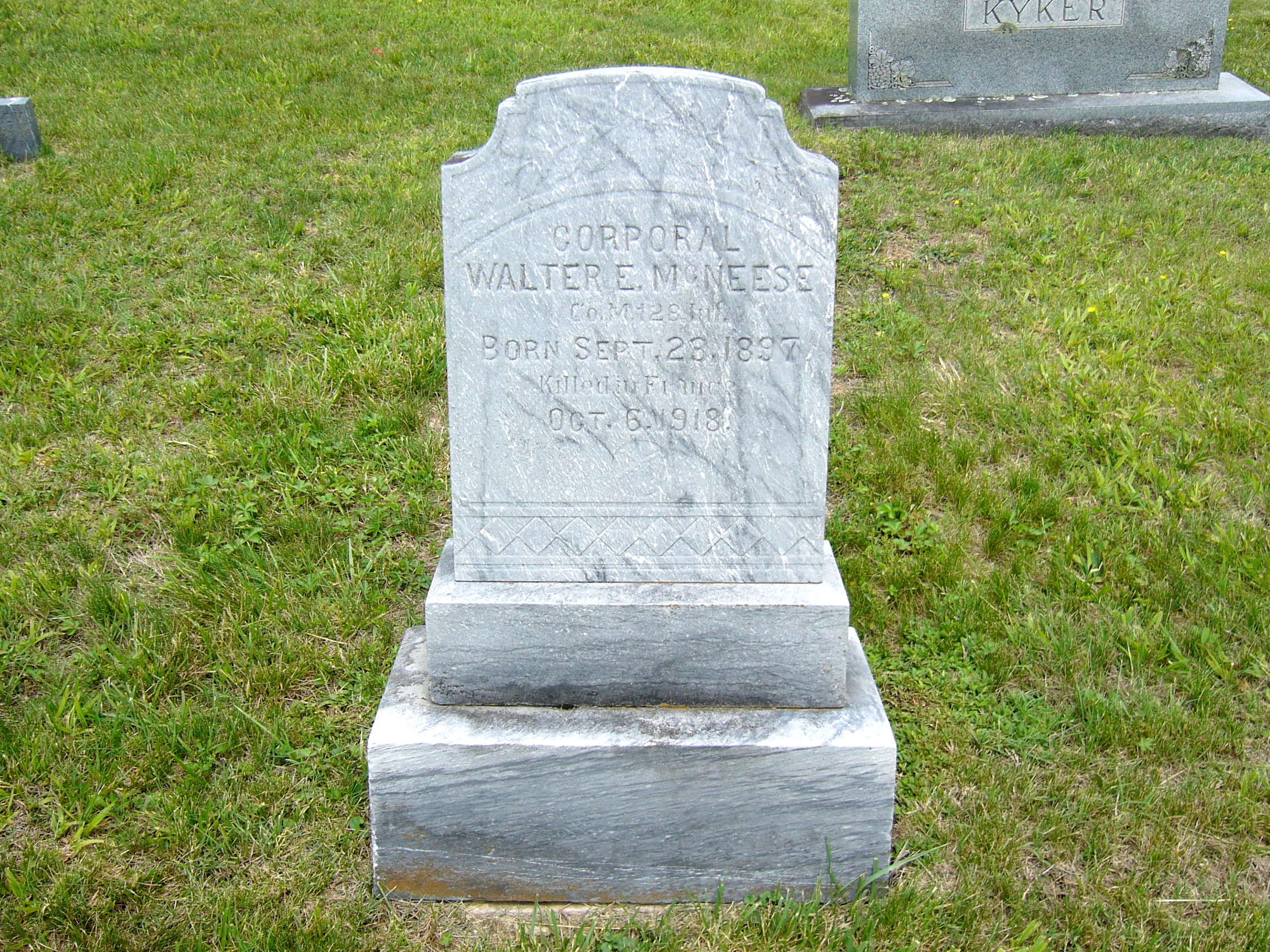