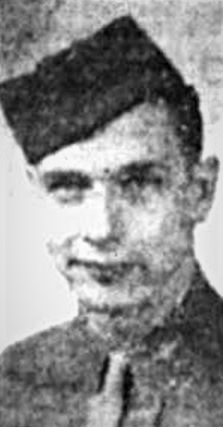 Aircraft C-47A with serial number 42-93341 departed from Moran in India on a supply drop mission to Sookerting.

Statement from 1st Lt David A. Seibert, Operations Officer, 9th C.C. Sqn.
The Chabun Air Search Unit was notified on 7 August 1944 of the Missing Aircraft, C-47A, No. 42-93341. At 1054, 7 August 1944 a unidentified aircraft was seen to crash into a low hill approximately four miles west of Station 36, Warazup, Burma on a course of 290 degrees. Liaison type aircraft from Warazup located and circled scene of crash but were unable to identify aircraft which had crashed and burned. A ground search party was dispatched from Warazup. The party was unsuccessful in it`s initial search because of extremely dense jungle growth. Last radio contact with aircraft was established while aircraft was supply dropping at target 71, (96-48E. 25-19W). This contact was with air ground station, Kingpot, at Moran. 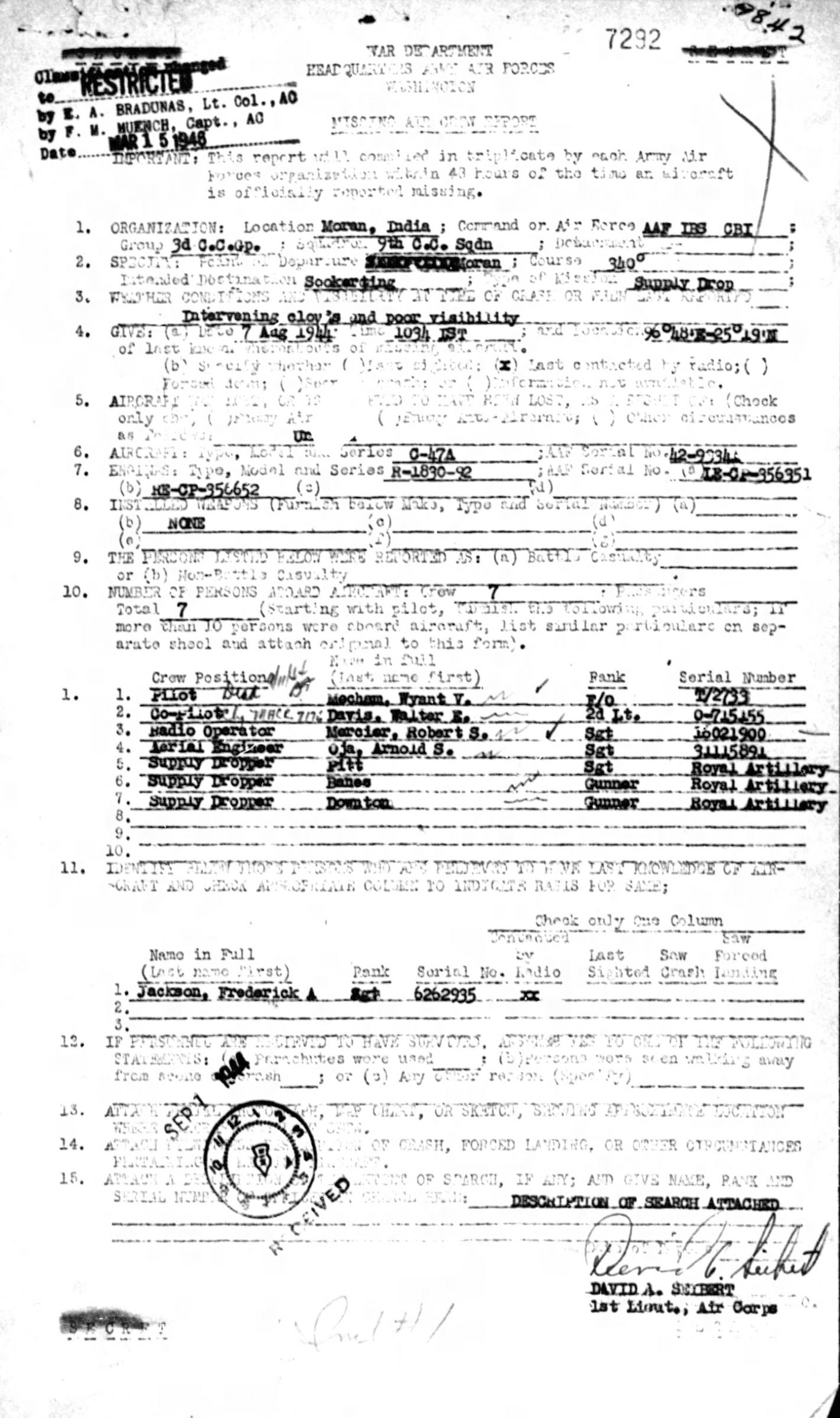 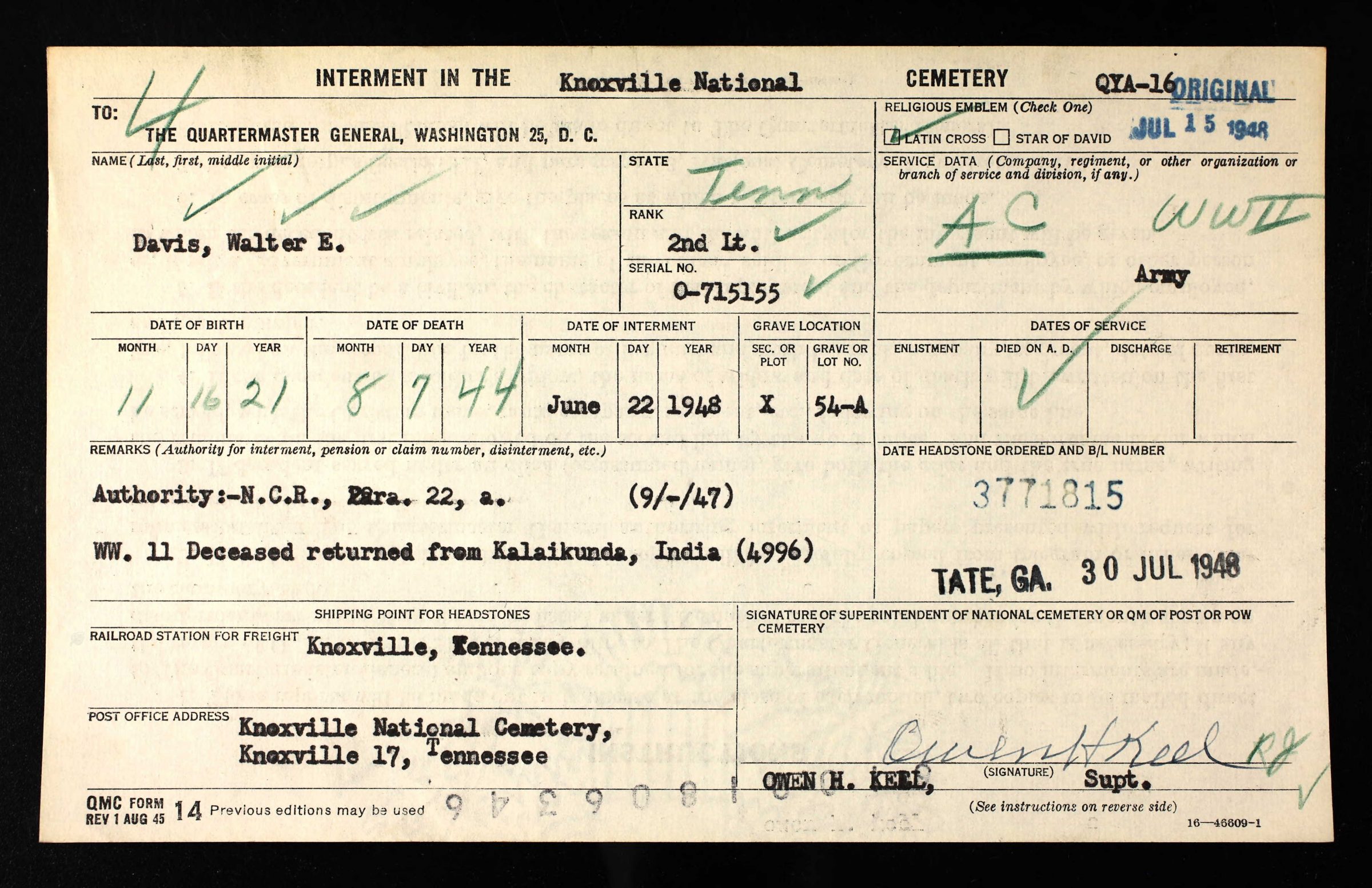 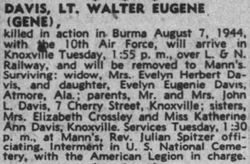 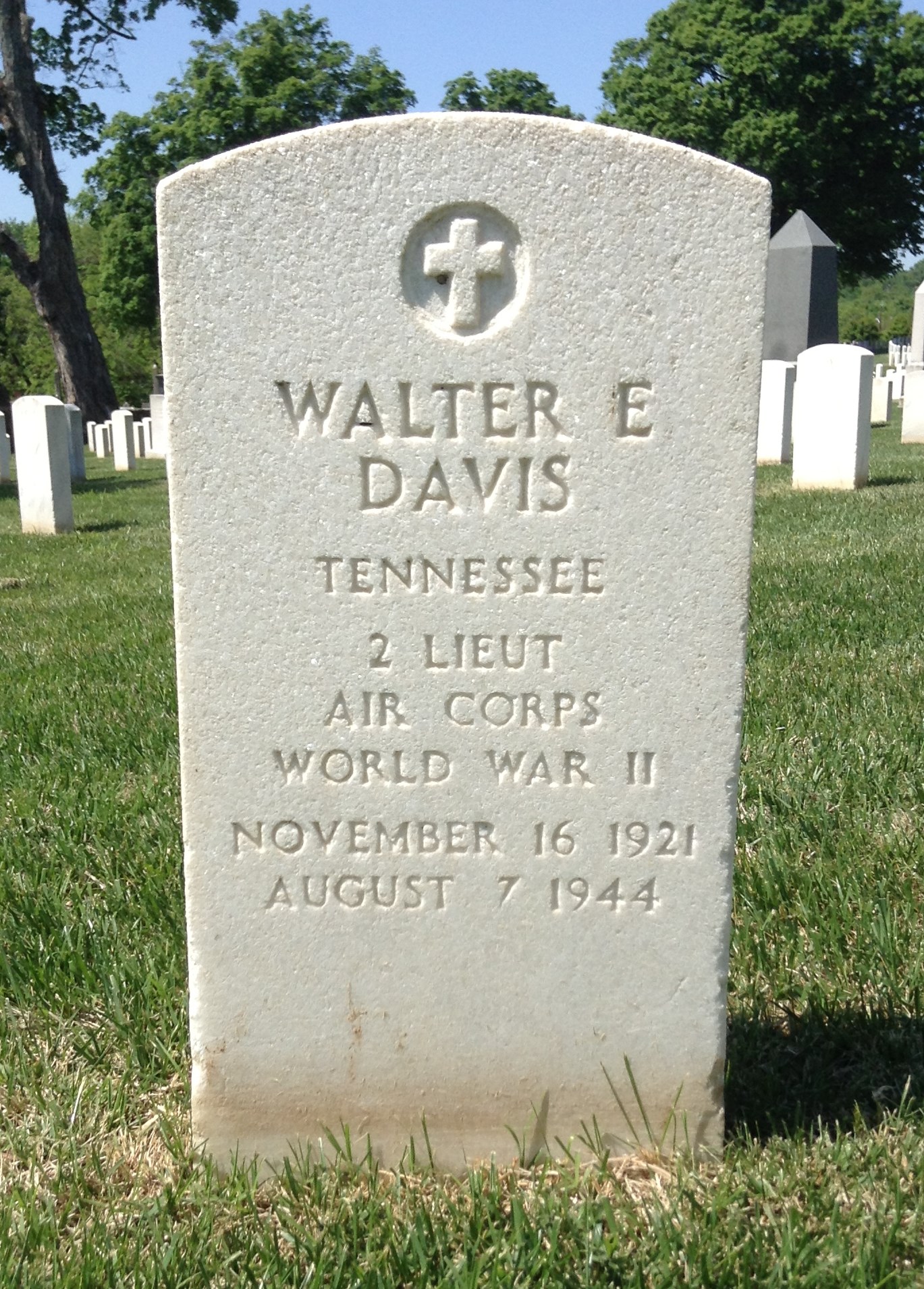