Statement from 1st Lt Michael A. Lord:
Airplane #210, piloted by Captain Charles K. Frampton was leading the second element of three planes and when fifteen miles off the NW tip of Choiseul at about 1130 a Zeke came in from 2 o’clock between planes #1 and #2 of the first element, attacking plane #210 and peeling off between planes #1 and #2 of the third element. Engines #2 and #2 of airplane #210 were seen to burst into flame and plane held position for 30 to 40 seconds, then went off in a long glide, pulled up momentarily but then went into a spin at 15,000 feet and was seen to crash into water, but did not immediately break up. Airplane #210 was burning fiercely when it went into spin and heavy grayish-white smoke was seen pouring from waist windows. Three of the crew were seen to bail out of black hatch when plane first went into glide and two other crew members bailed out later, all parachutes opening and the chutes being strafed by the enemy.

Comairsols sent one Dumbo with an escort of sixteen F4U, eight P-40(NZ), and eleven P-38, took off from Munda at 1445 to search for the survivors. The search as far as Kieta ended with negative results. 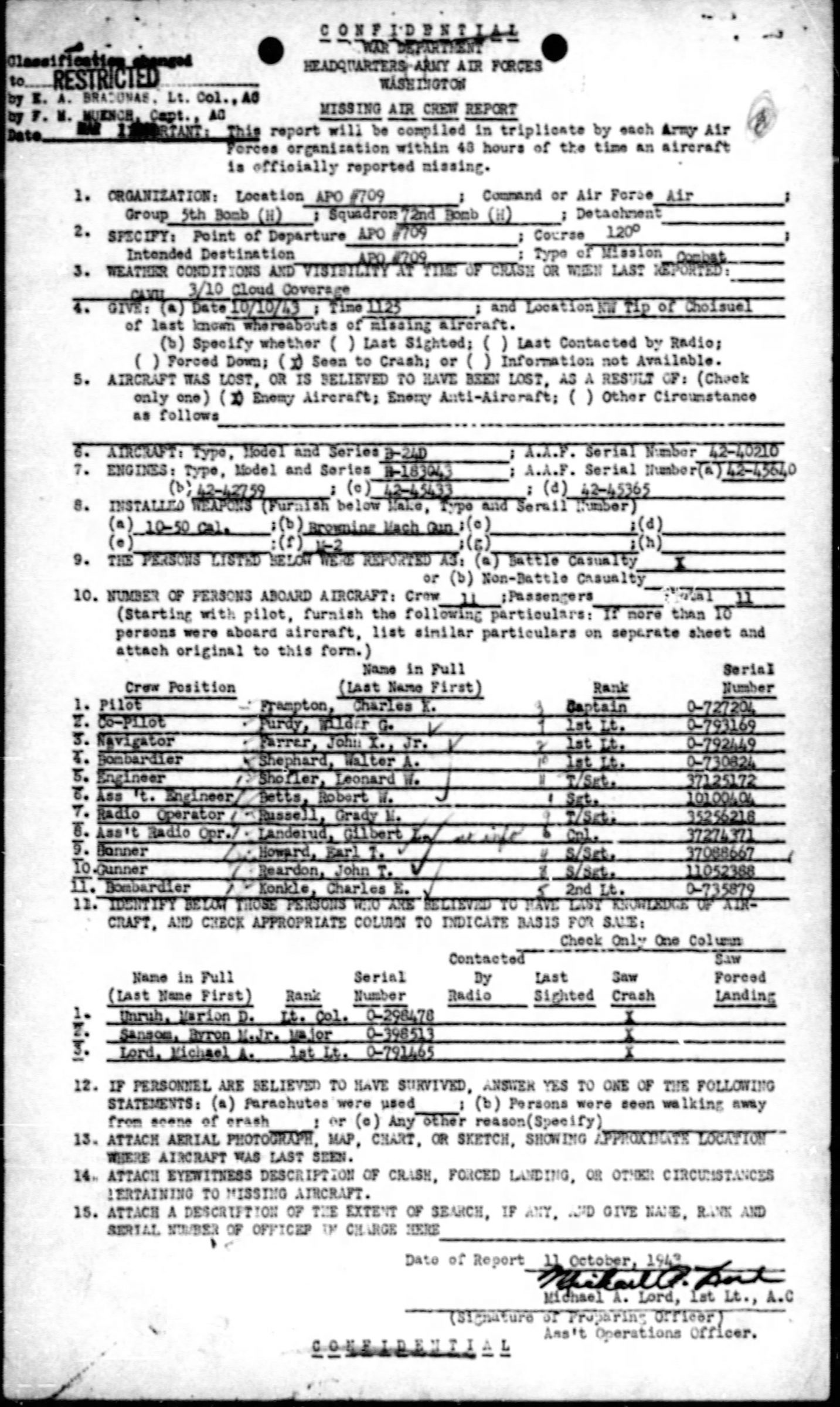