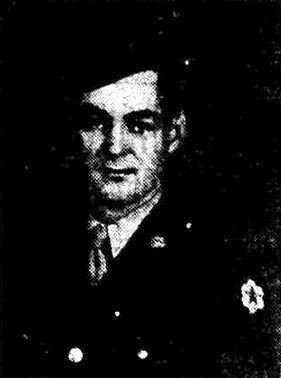 Kingsport Times, March 27, 1945
Capt. and Mrs. W.A. Buckles of Bristol have been notified by the War Department that their son, Pfc. Walter A. Buckles, Jr., 24, has been missing in action in the Mediterranean area since March 13.
Private Buckles was a member of the infantry and in a letter to his parents dated March 11 from New York he indicated that he was being flown to an European battle front, Captain Buckles, chief of the Bristol, Tenn., fire department said.
The young infantryman attended King College and was associated with the Chemistry department at Tennessee Eastman Corporation in Kingsport prior to entering the service in 1944. He trained at Camp Shelby, Miss., Camp La Plaunche, La., Ramp Reynolds, Pa., and Camp Gordon, Ga. 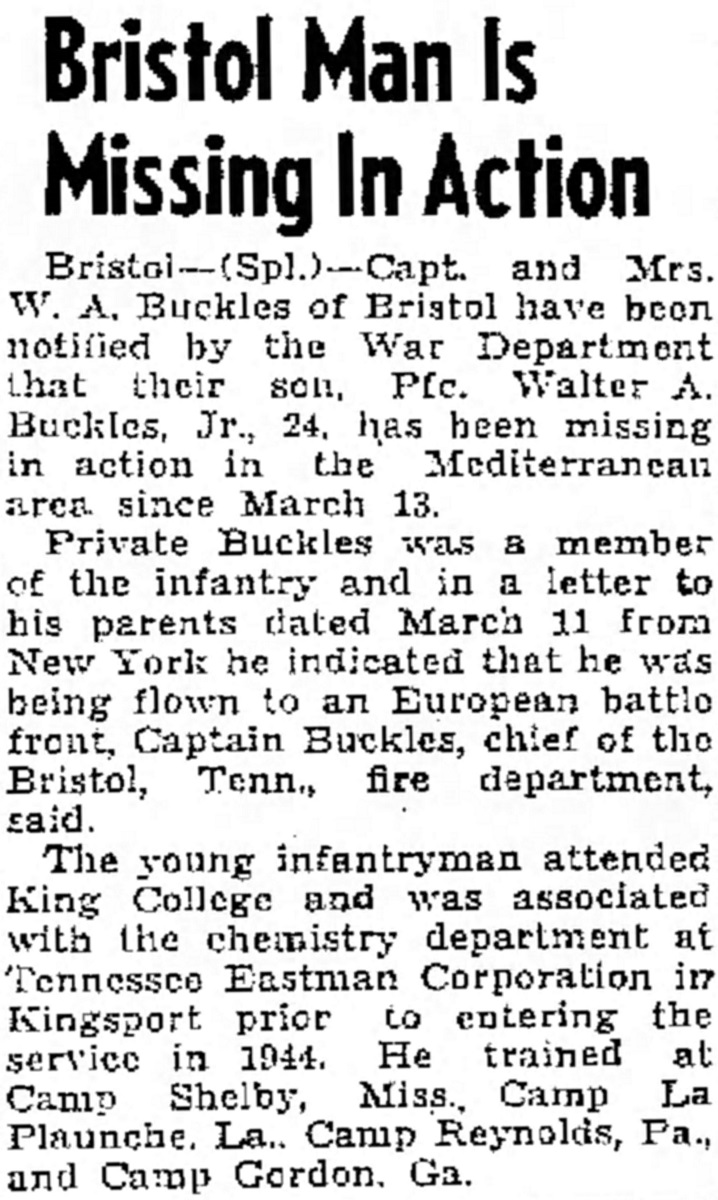