Aircraft B-24H with serial number 41-28996, nickname Stinky Avenger, departed from Giulia Field in Italy on a bombardment strategic mission to Munich, Germany. They were hit by anti-aircraft and went into a steep bank into the Adriatic Sea.

Statement from 2nd Lt Norman A. Fagerquist, Bombardier:
At 1120, October 29, 1944 while on a Combat mission we were flying in E-6 position when our formation passed through a cloud bank. Our box started to split up as we saw the cloud bank coming. Our plane and one other turned left, the remainder of the box peeled off to the right. I was in the nose looking out the right window watching the rest of our box leaving the formation in the cloud, when something down low (we were at 5,000 feet) caught my eye. I saw a B-24 spinning down with numerous silver pieces of wreckage following it; one appeared to be a wing. My first impulse was that of a midair collission in the cloud. I called my crew and gave them the relative position and told them to watch for chutes. As the plane spun down, a yellow tail plane was plainly visible. The bombs hit first, then the plane hit the water and disappeared, there was only one large splash. I watched the spot for chutes but saw none, only wavering pieces of silver wreckage either floating on the water or floating down in the water. I looked at my watch and it was 1122, we then entered anoher cloud, made a 360 turn and came out at 2,000 feet heading for an island off the Yugoslavian Coast. I finally identified the island and figured back to an approximate positon and entered it in my log.

On 29 October 1944, the mission leader on the Munich/Augsburg bombing run was flying 42-50867 at 22,500 ft.altitude. See macr 9465. He ordered the mission cancelled and began a turn to return to base for all in the formation (790 bombers) and at that moment the aircraft rolled over and went into a spin into the undercast. A few minutes elapsed while Major Burton and Captain Sheldon and the the flight engineer tried to regain control of the ship, which was brand new and on its first mission; they continued to fall through the formation following on and scattered at lower altitude. It slammed into Stinky Avenger, 41-28996. See macr 9582 and witness statement in full where witness states yellow tailplane plainly visible, making it a 55th bomb wing b-24. In nmr 29 Oct. 1944, Major Francis Elder’s report noted a vapor trail was observed 10 miles to the west, growing larger and turning into dark smoke but no aircraft at the end. This was likely 41-28996 trying to reach Vis after the collision, but was also possible to be smoke from 42-50867 after cutting starboard throttles and running 1 and 2 at full war emergency to overcome hard pull to port side followed by collision with Stinky Avenger in the clouds.

Daily Post Athenian, March 5, 1945
Mr. and Mrs. T.S. Sayne of the Union McMinn community, have received a telegram from the War Department, informing them that their son, Corporal wallace Sharp Sayne, 21, who was previously reported missing in action over Munich, Germany since October 29, was killed in action on that day. Corporal Sayne, waist gunner and aerial engineer on a B-24 Liberator bomber had been in service two years and had been overseas 43 days when his plane was reported missing.
According to information received by is parents the plane on which he was on duty was disabled and went down into the Adriatic sea while on their return to their base in Italy following a bombing mission over Germany. Corporal Sayne was home last September and the last letter his parents received was dated October 25, They received the message stating that he was missing in November.
Survivors are his parents; four brothers, Pfc. Elmo Sayne with the Amry Signal Corps in Frnace, Glenn Ellis Sayne, Seaman first class, stationed at Peru, Ind., Clarence (Bunton) Sayne at home and Kenneth Sayne in Chattanooga. 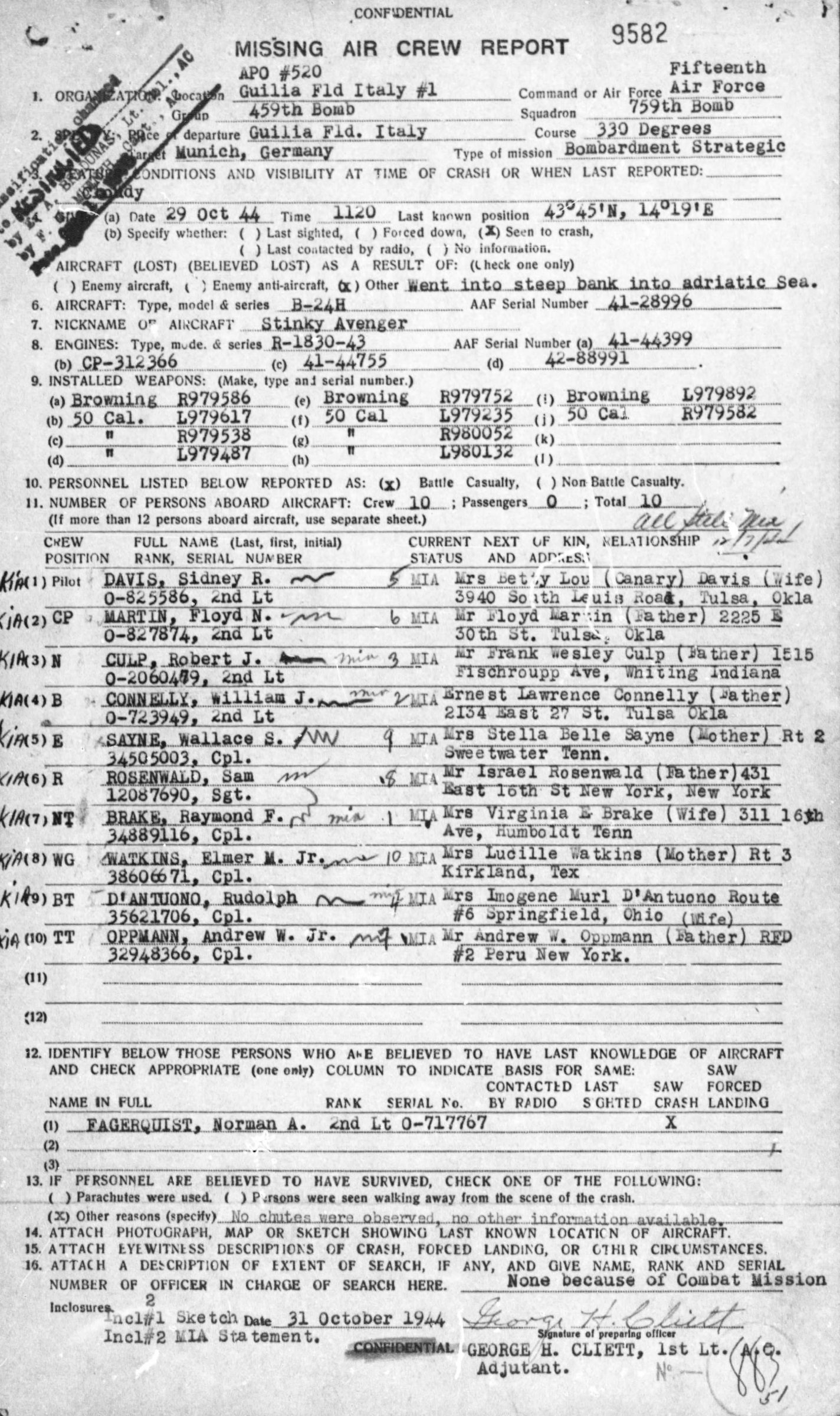 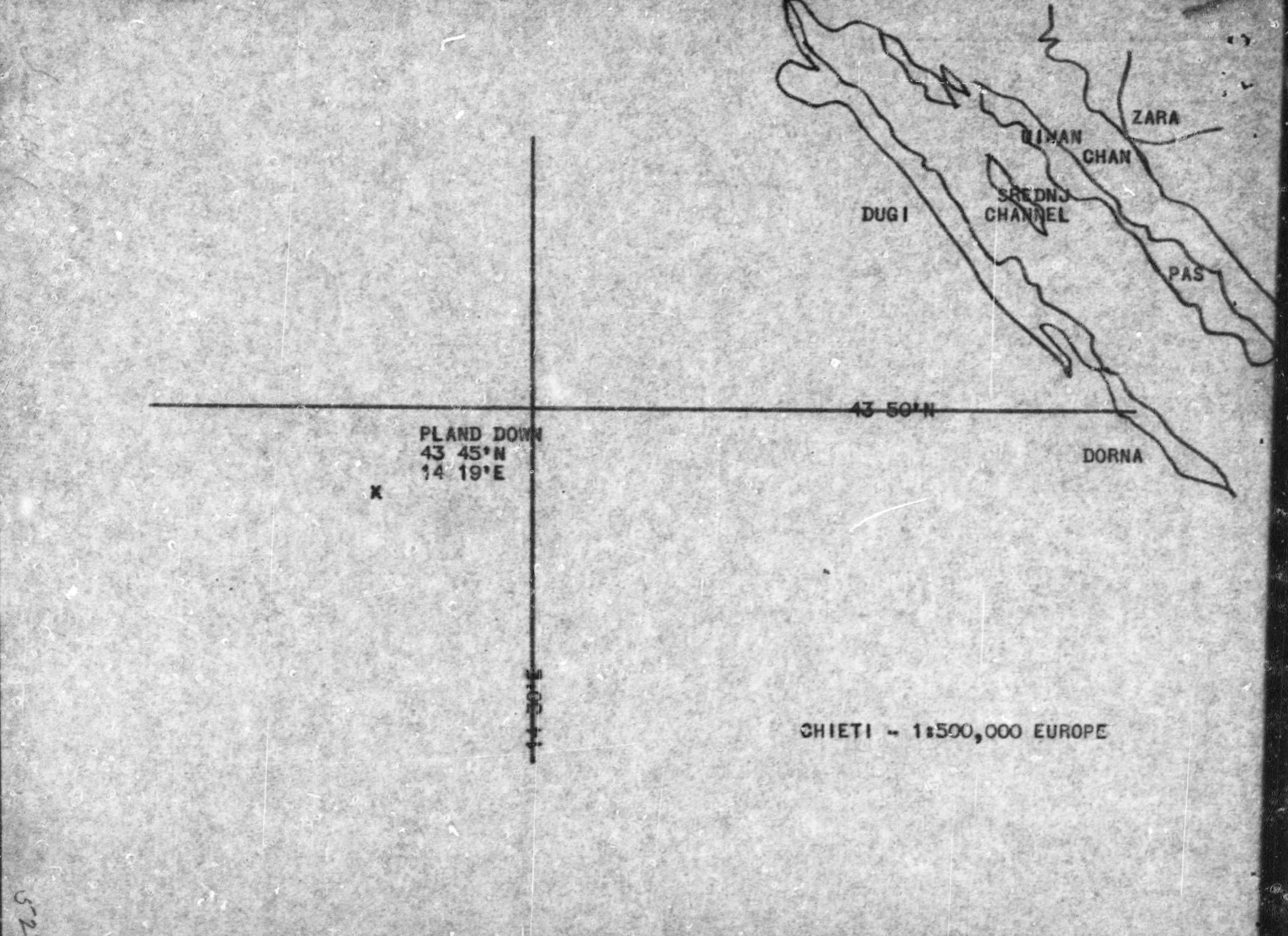