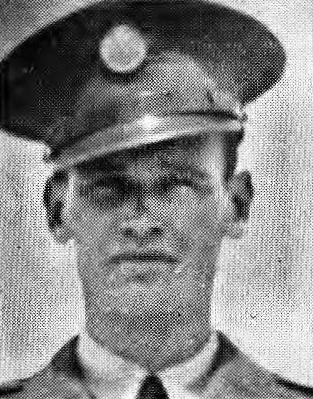 Wallace Roger Lusk was the son of Pleasant Monroe Lusk and Minerva Thompson of Eddyville, Ky. He enlisted on 23 April 1942 at Huntington, West Virginia. He served during WWII in Ireland, England, France, Belgium and Germany. He was wounded in Normandy, July 26, 1944. Attended Harlan schools.

Sergeant Lusk was a member of Company E, 2nd Battalion, 9th Infantry Regiment, 2nd Infantry Division during the Korean War. He was listed as Missing in Action while fighting the enemy in South Korea on September 1, 1950. His remains were not recovered. His name is inscribed on the Courts of the Missing at the Honolulu Memorial.