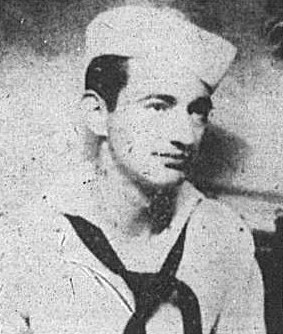 Chief Pharmacist’s Mate Wallace Herbert Cable was lost on 16 April 1945 and is listed on the Tablets of the Missing Honolulu Memorial Hawaii.

On 16 April 1945, while participating in the Okinawa Shima operation, the U.S.S. Pringle (DD477) was sunk by enemy air action. 258 Survivors were picked up after one and a half hours in water by three rescue vessles, U.S.S. Hobson (DMS 26), LCS (L) 34, and LSM 191. 43 Of the survivors were transferred by rescue vessels to U.S.S. Hospital Ship Hope. 70 Minor casualties were retained with survivor unit under medical treatment.

Wife: Mrs. Jacqueline Mary Cable, Butler, TN.
His brother Dallace Devon Cable was lost on 10 August 1943 and is remembered on the Tablets of the Missing, Manila American Cemetery, Manila, Philippines. 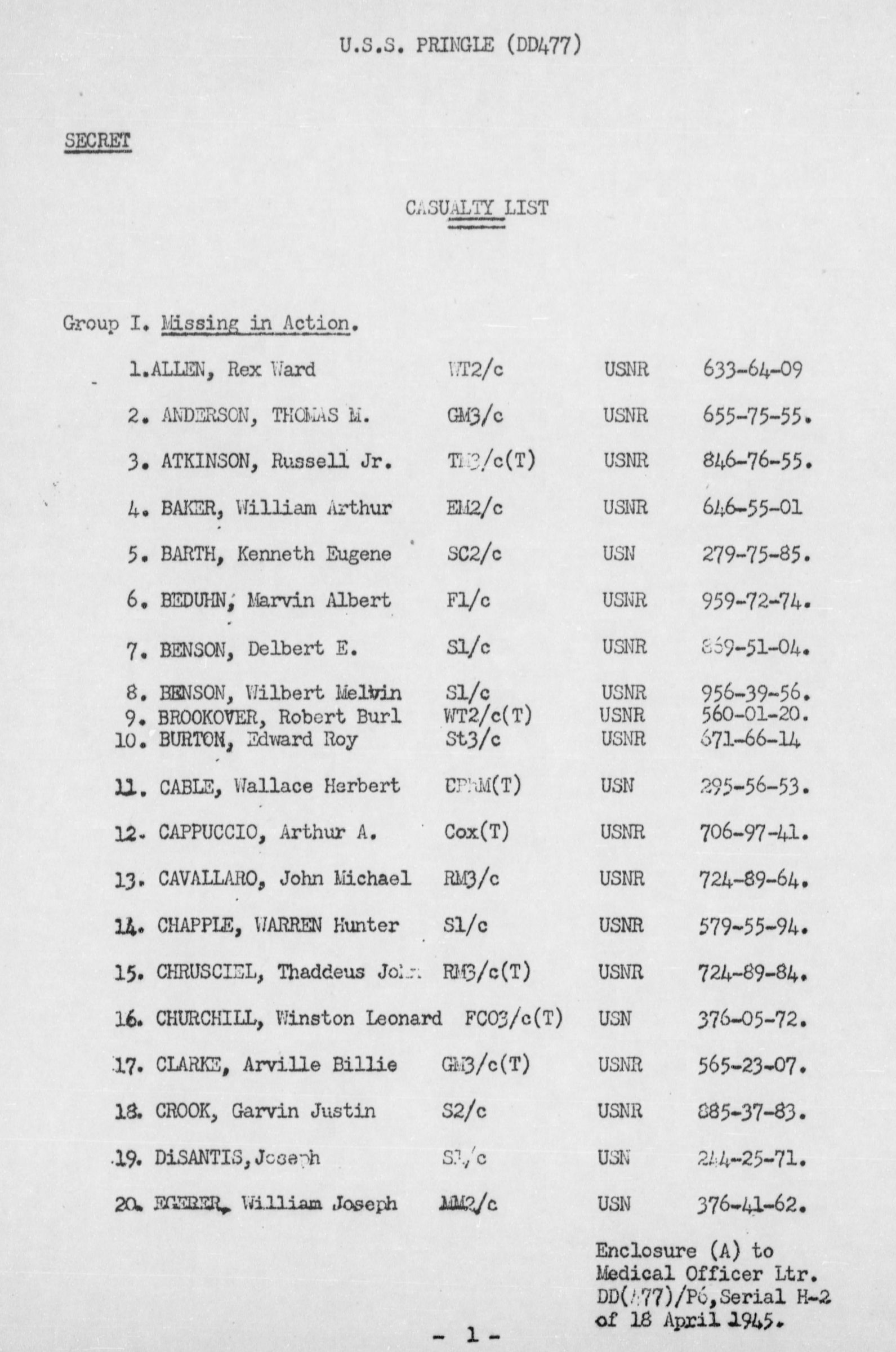