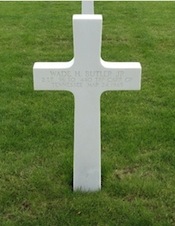 2nd Lieutenant Wade H. Butler Jr., US Army Air Forces, was a Glider Pilot assigned to the 96th Troop Carrier Squadron, 440th Troop Carrier Group, 2nd Air Force. At the time of his last flight the 96th was based out of Orléans, France.

Allied forces were pressing the Germans at the Rhine River. It was felt that an airborne assault would take pressure off other areas and allow more crossings. The largest airborne operation of WW II was put into operation, code name Operation Varsity. Two airborne divisions, the British 6th Airborne Division and the American 17th Airborne Division, were to be dropped a short distance across the Rhine from Allied forces. The Germans became aware of this operation and moved additional anti-aircraft artillery and troops into the area. The airborne assault took off on the 24th of March 1945, and the operation was successful but it came at the highest loss of Glider Pilots, 80 killed in action. Of the 1305 Gliders only 172 were reusable after the operation. This was the last airborne assault of WW II.

2nd Lt Butler was piloting a Waco CG-4A during the assault. He was killed in action on the 24th of March 1945. He is interred at the Netherlands American Cemetery, Margraten, the Netherlands, plot D, row 1, grave 2. 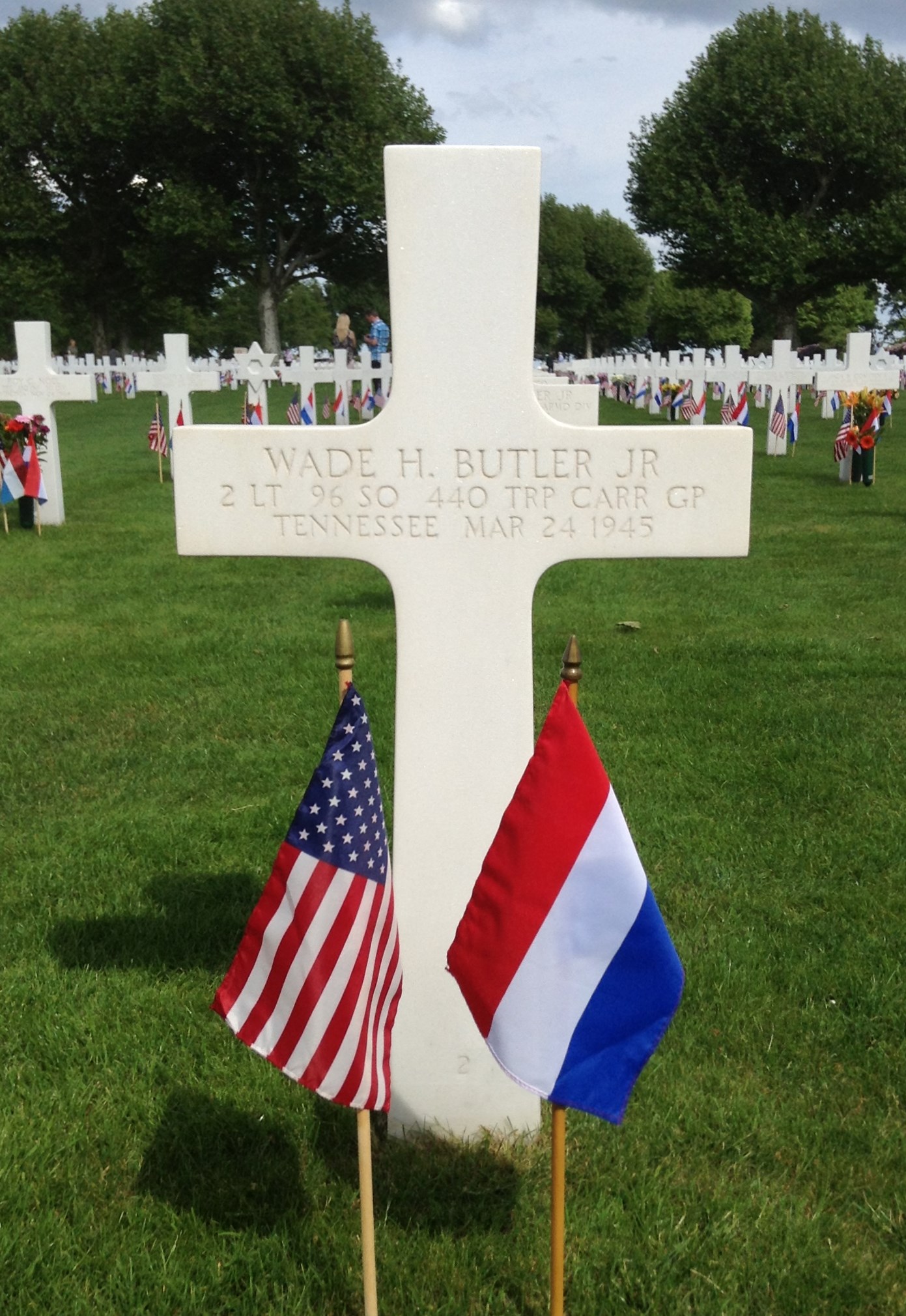 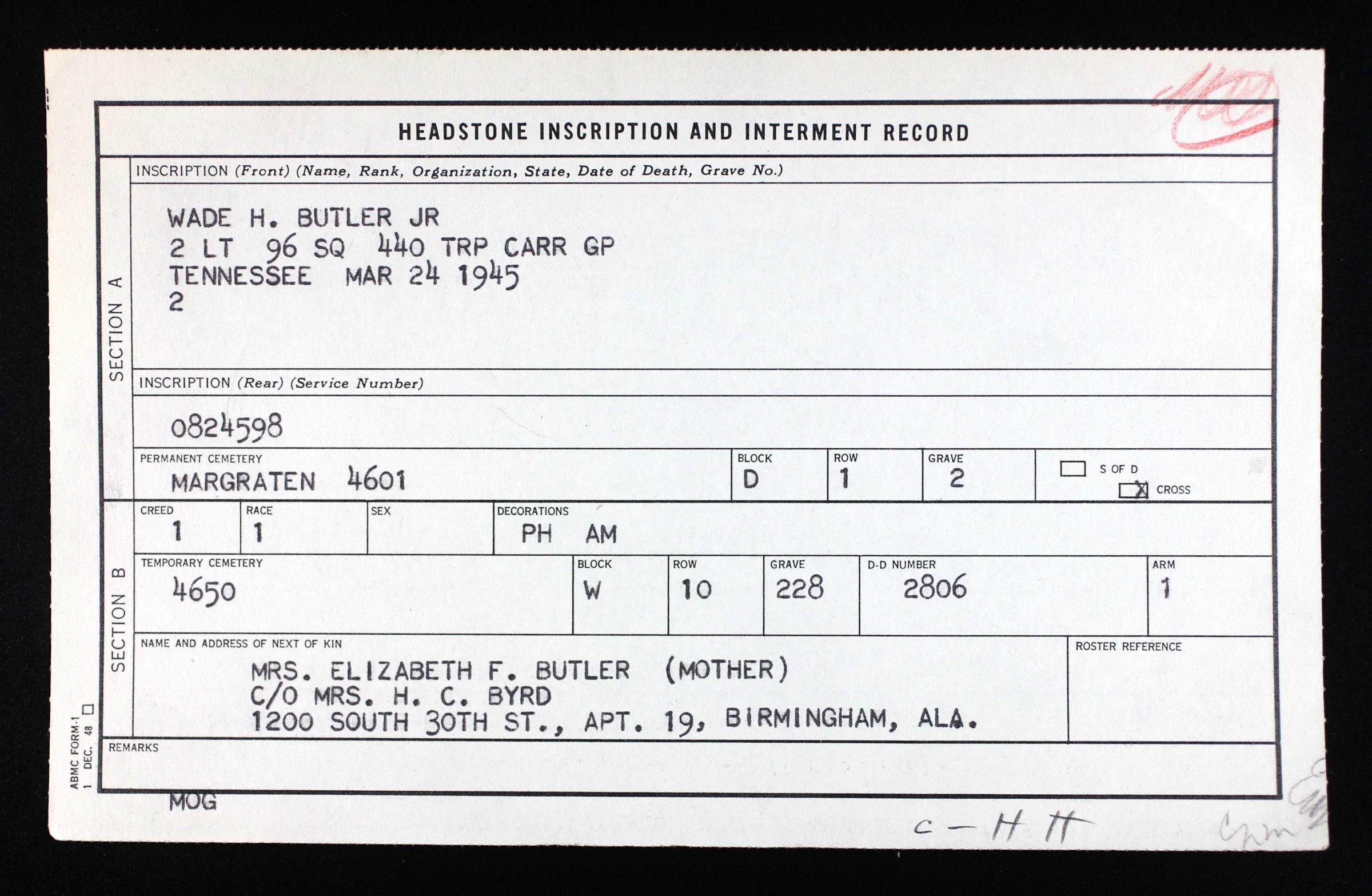 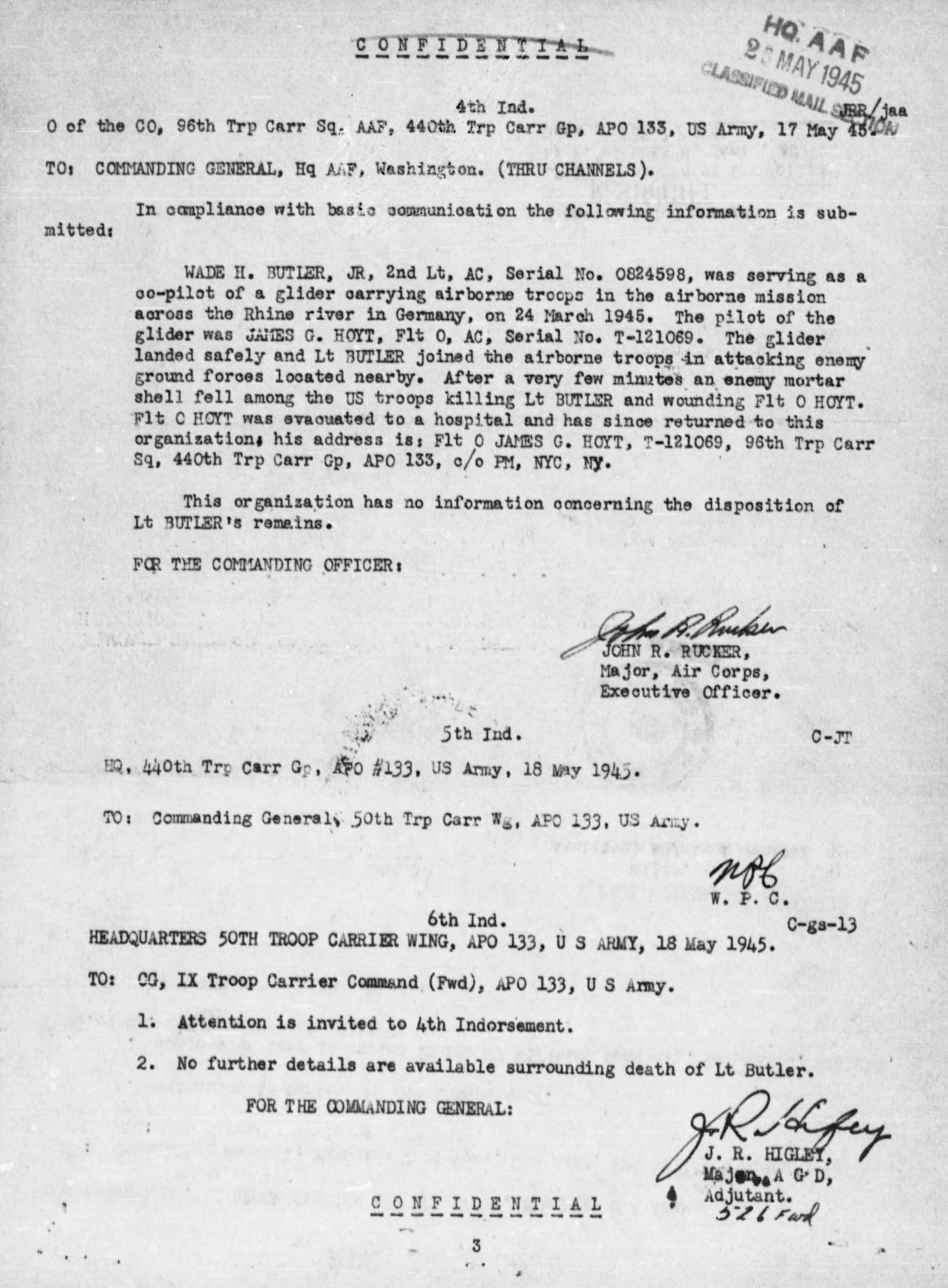