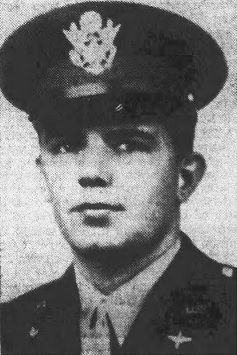 Walter Scott Milne was the pilot on aircraft B-17F with serial number #42-97137. They were on a mission to bomb the V-1 sites at Abbéville, France and were shot down by flak on the return flight and crashed 500 meters west of Bailleul, 6 km south of Abbéville.

The Cleveland Herald, May 5, 1944
First Lt. Walter Scott Milne, of Chattanooga, nephew of John Milne, of this city, is reported missing in action over Germany since April 20. Lt. Milne, the 26-year-old son of David E. Milne and Nell Kincaid Milne, was flight commander of a B-17 bomber and had been overseas since last January. He had been overseas since last January. His father is vice-president of the Milne Chair company, in Chattanooga, and his mother is formerly of this city.
According to press releases on April 20, it was reported that 750 of 1,000 planes dropped bombs on targets in northwest France. On the day he was listed as missing, Lt. Milne wrote his mother a letter, concluding that he had to hyrry and leave. The youthful flier is a graduate of Baylor school and a former student at the University of Chattanooga. He received his training at Maxwell Field, Ala. 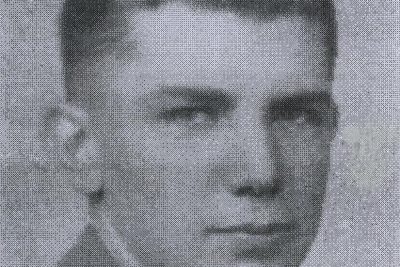 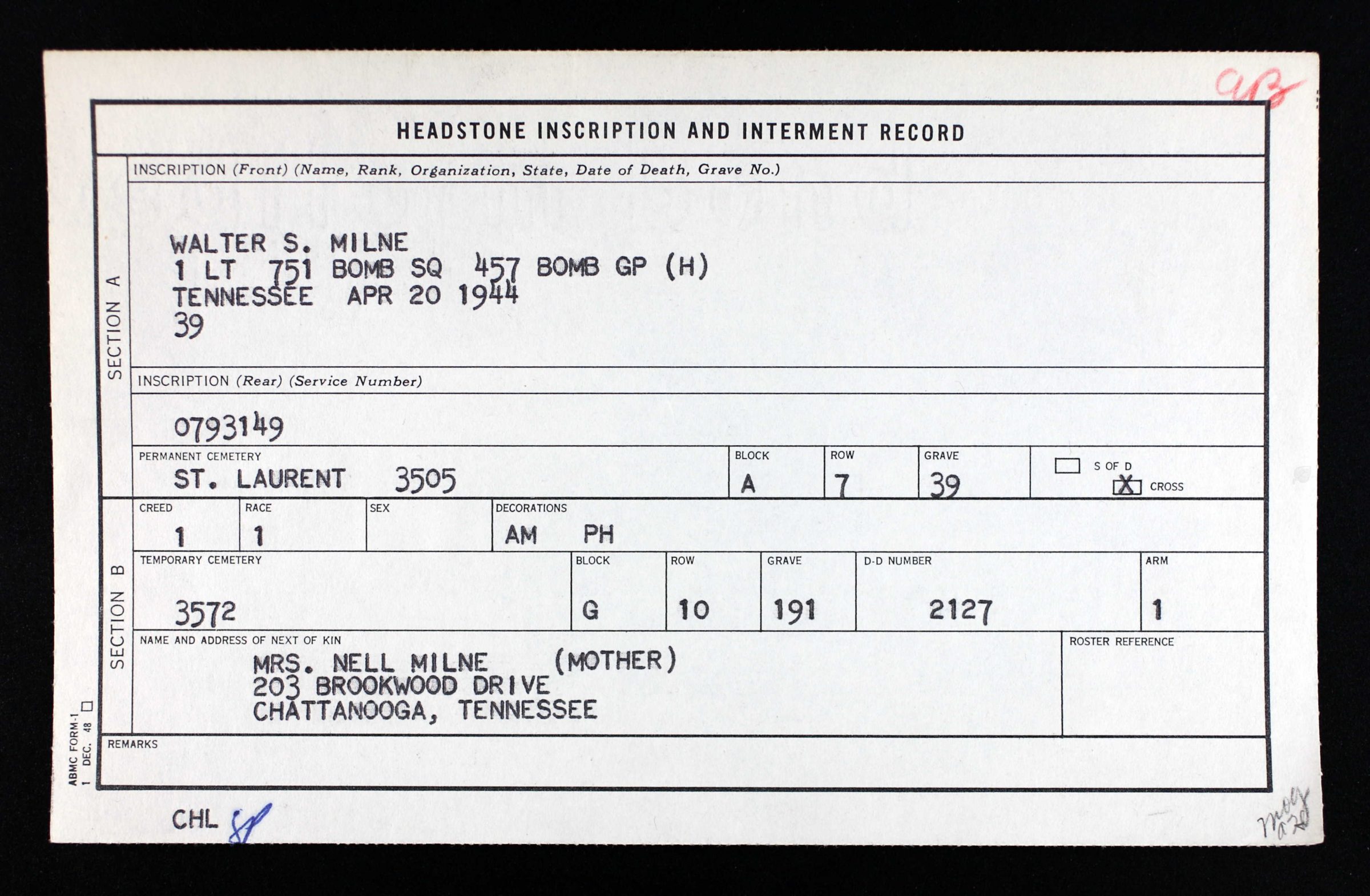 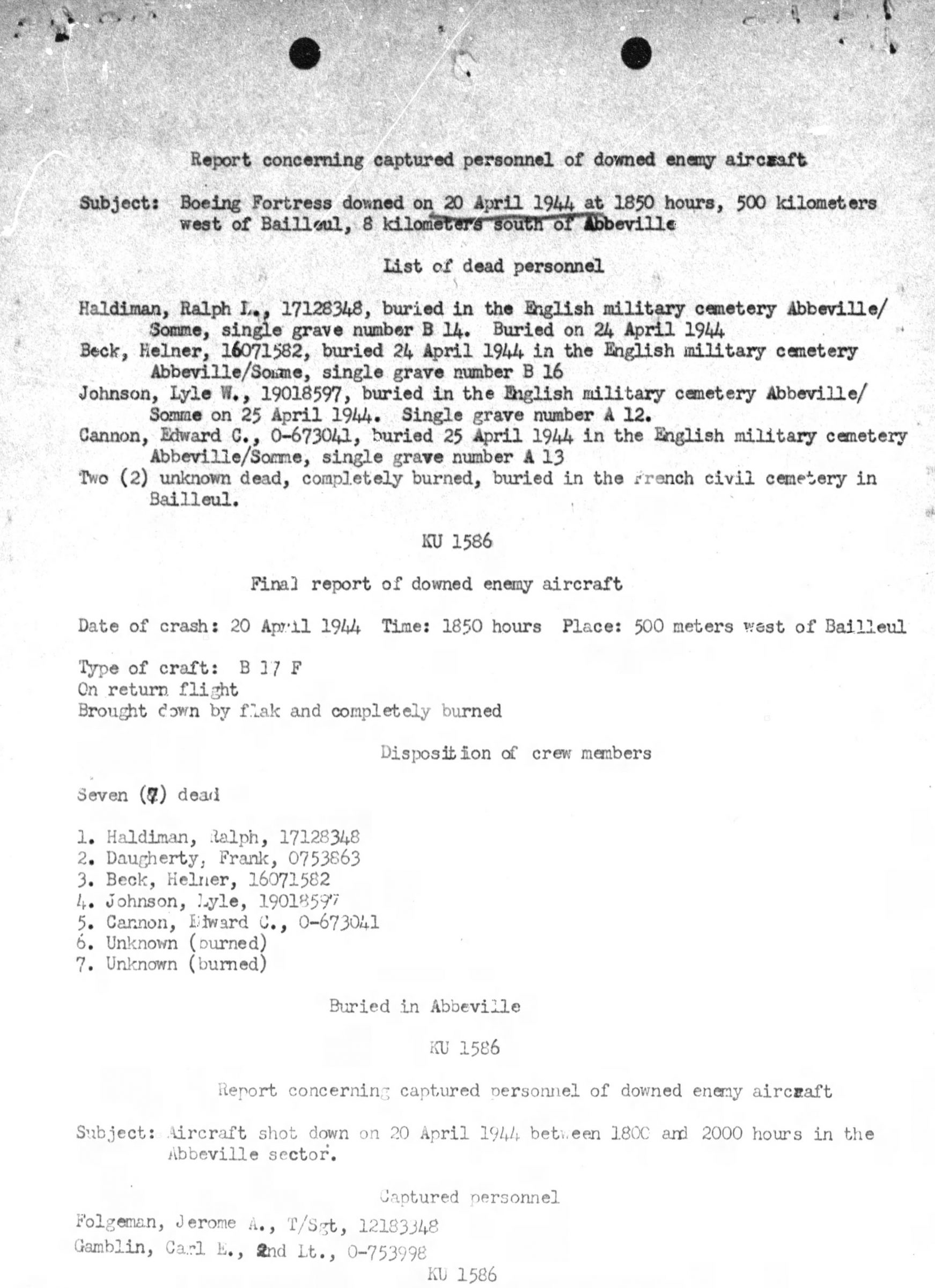 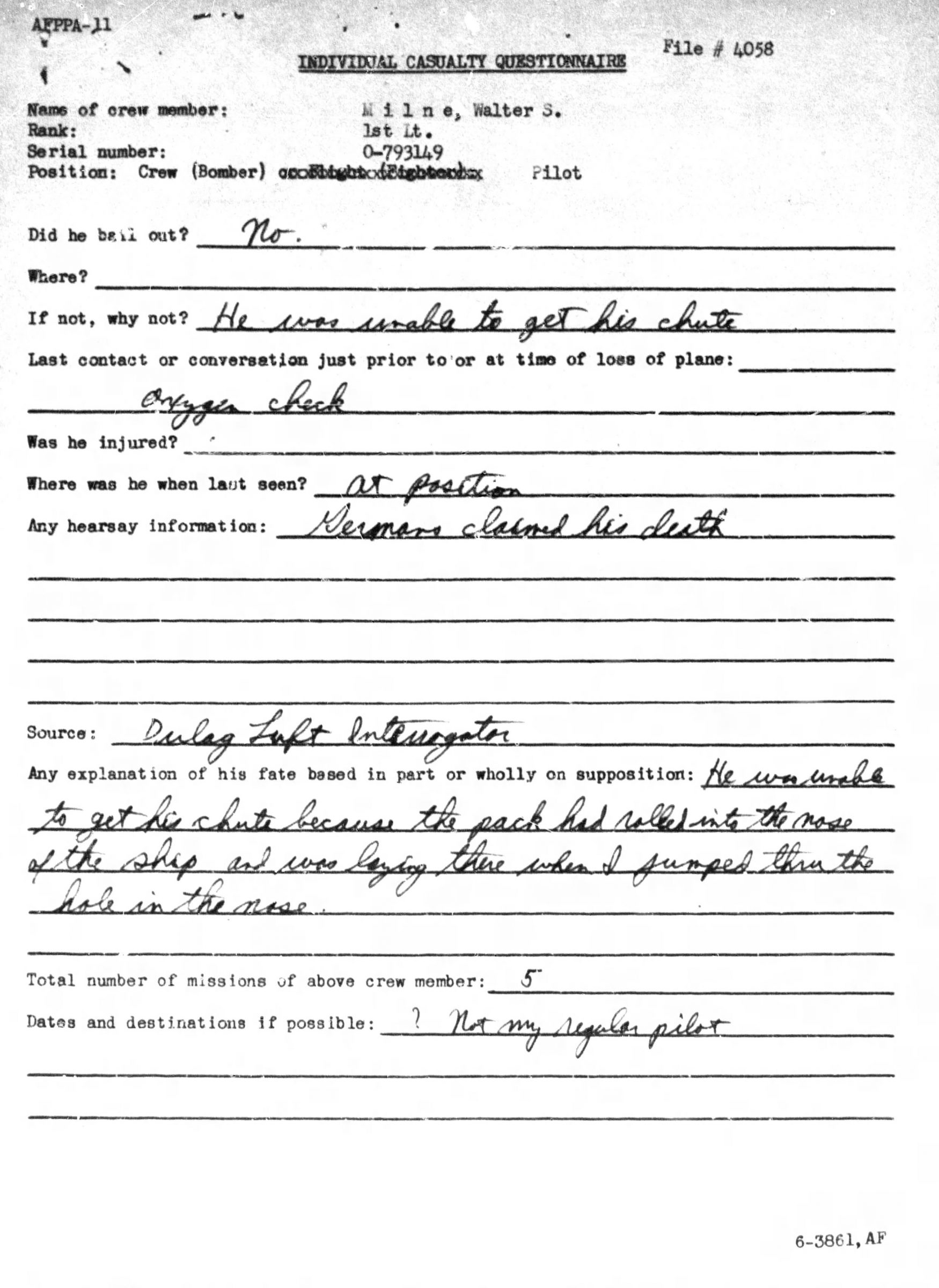 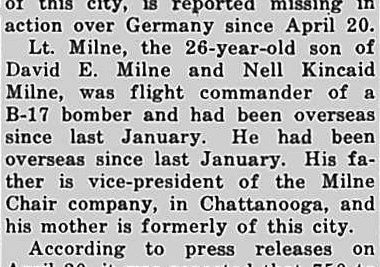 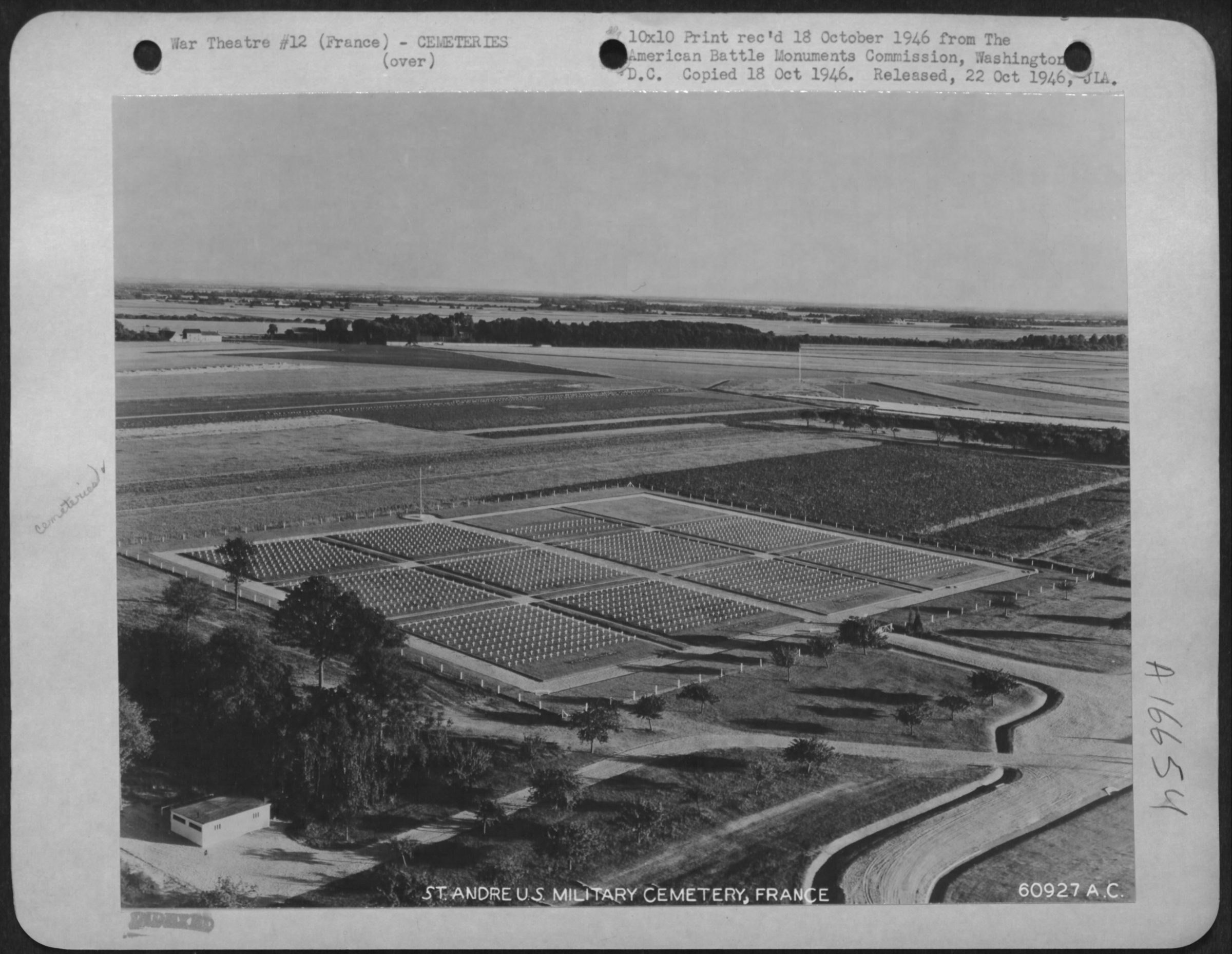