Aircraft B-17G with serial number 42-107052 was on a bombing mission to Leipzig in Germany. The aircraft suffered a direct flak hit in the left wing gasoline tank and burst into flames. It did a half roll on to its back and broke up just before bombs away. One chute was seen from the tail section and a second from the forward section. The aircraft crashed at 1330 hrs on 29 May 1944 at the eastern outskirts of Seegeritz, 2 km north from Taucha, north east from Leipzig. T/Sgt Mitchell was initially buried in the cemetery at Seegeritz in the evening on 30 May 1944, together with 3 other crew members. Buried at Roberts Cemetery, Sevierville, TN. 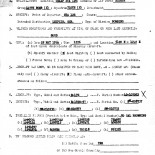 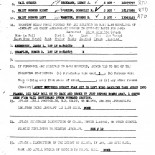 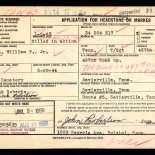