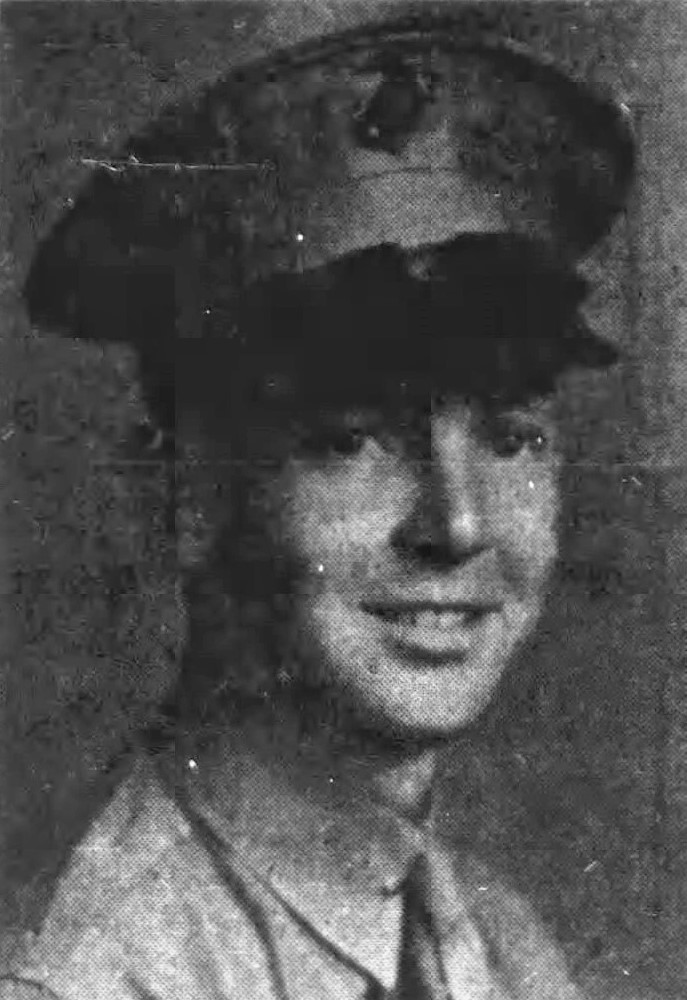 Lt. Wiley Julian Grigsby Jr. had just completed Officers Basic Course at Quantico, VA, and had been commissioned a 2nd Lieutenant in the U.S. Marine Corps. When the North Koreans started their action on June 25, 1950, he was sent to that theater of action. Exactly three months to the day, he was killed by sniper fire. Lt. Grigsby is interred in Rogersville. I am not aware of any history of his wife. They were married shortly before he left for Korea.

He also served in World War II as a tail gunner on a B-24 bomber, flying 35 combat missions in the Pacific Theater.
Submitted by Frank W. Noe

The Rogersville Review, October 5, 1950
War in Korea was brought closer home this week when word was received that 2nd Lt. W. Julian (Dub) Grigsby Jr., former Hawkins Countian, was killed in action in Korea on September 25.  The Defense Department notified Lt. Grigsby’s parents, Mr. and Mrs. Grigsby, Sr., Oak Ridge, of hsi death in a lenghty telegram Monday. However, it did not state how he was killed.
Lt. Grigsby was born and reared in Hawkins County in the White Horn community. Immediately after graduation from the Bulls Gap High School he entered the Marine Corps at the age of 17. He was repeatedly given special training courses and held several specialist ratings. During World War II he was a tail gunner on a B-24 bomber and flew 35 combat missions in the Pacific Theater. He was holder of the distinguished flying cross and air medal with six oak leaf clusters. He ended his overseas service with the rating of master sergeant.
At the end of the war young Grigsby decided to make the Marine Corps his career. He was sent to the Marine School at Quantico and after receiving his commision as 2nd Lt. was assigned there as a training instructor. When the 1st Marine Corps was alerted for duty in Korea he asked for a transfer to that outfit. His last visit to relatives here was in late July when he was sent almost immediately to Kobe, Japan, and in early September was sent to Korea. Relatives here were notified about 10 p.m. Monday of Lt. Grigsby’s death. An aunt, Mrs. Mary Dechman Wilson, left immediately to be with the family in Oak Ridge. Lt. Grigsby, who would have been 27 years old November 27, was the older son of Mr. and Mrs. Grigsby, Sr. Another son, Charlie Joe, also a World War II veteran, lives in Chattanooga. Other survivors include young Grigsby’s wife, the former Angiel Haley of Danville, Va., his paternal grandmother, Mrs. J.A. Grigsby of White Horn and his maternal grandfather, Attorney C.W. Margraves Rogersville. 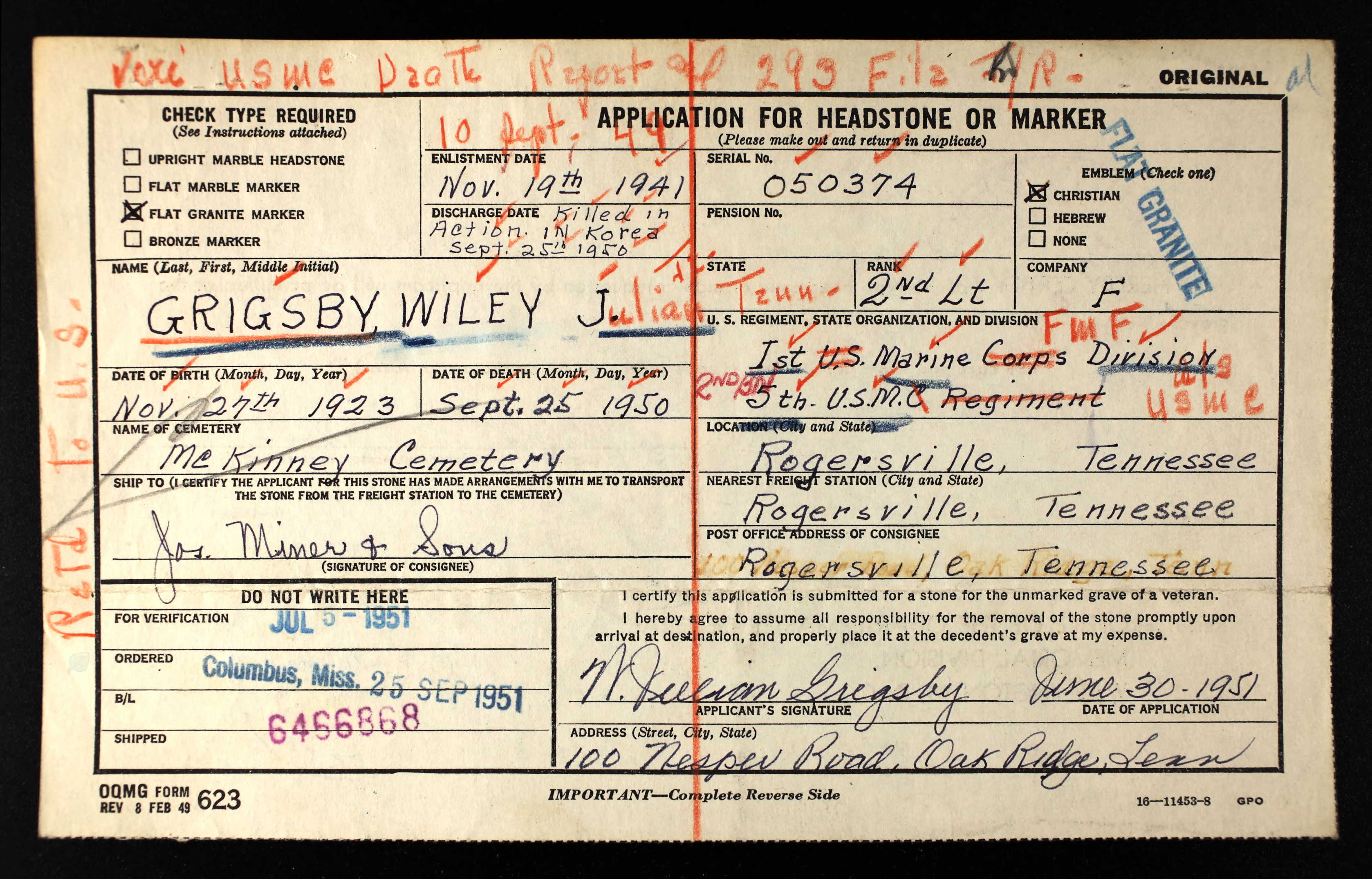 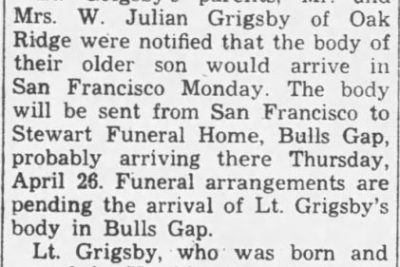 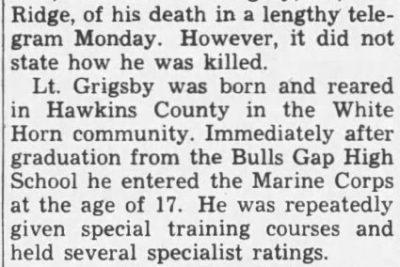