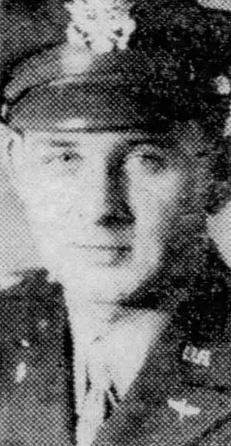 On January 13, 1945, a B-24 of the 715th Bomb Squadron, 448th Battle Group Heavy was returning from a bombing mission to Worms, Germany.  Heavily damaged by flack over the target, the pilot had to land at the Laon/Couvron base in the department of Aisne, France.  The airport, controlled by the USSAF (US Strategic Air Forces), was equipped operationally so that it could transport some of the B-24 crew back to their home base at Seething in southwest England.  A Noorduyn Norseman transport plane was chartered for that purpose on January 18, 1945. The pilot and copilot were soon joined by six members of the B-24 crew who came aboard.  Weather conditions were very bad.  During the flight they encountered a strong snowstorm.  The pilot flew visually so low that he clipped the tops of poplar trees 500 meters north of the village of Contalmaison.  The plane struck the ground and disintegrated.  There were no survivors.

William Ferrick Collingsworth Jr. was the pilot of the plane.

Below: a picture of the plane type that First Lieutenant Collingsworth was flying. 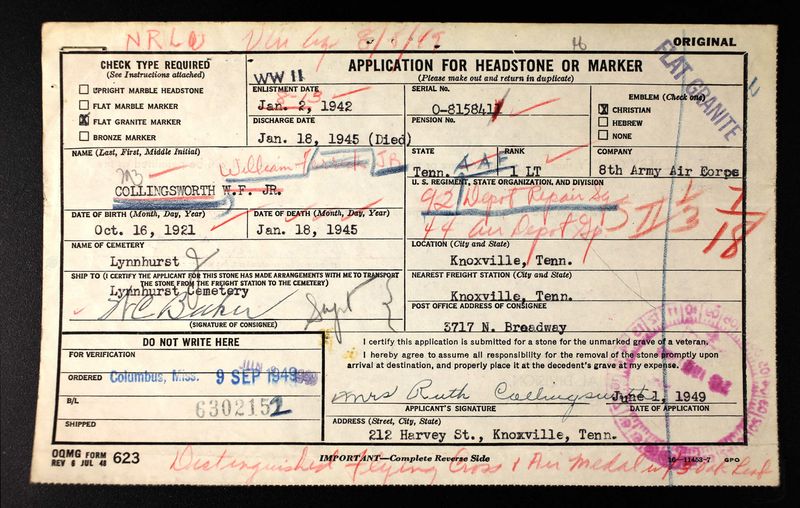 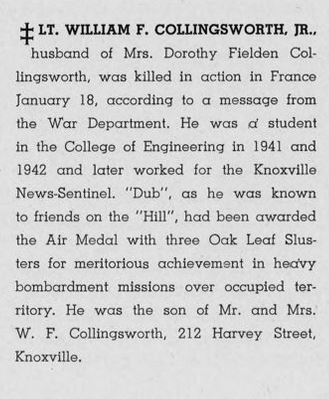 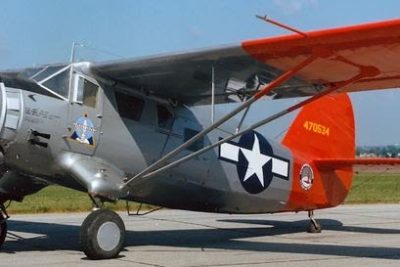