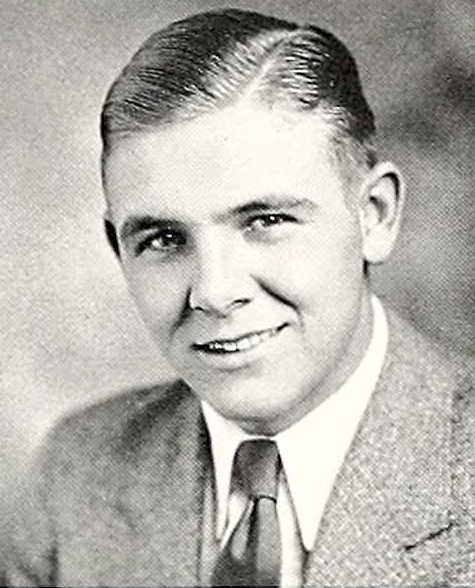 William Claude “Jack” Dunn Jr., was the son of Claude Dunn and Kathryn Dykes. He died at Lakehurst, Ocean County, New Jersey. During training exercises, his plane struck an air pocket and collided with the hanger where he was training (according to Dr. Lloyd’s remarks on 9 June 1945).

Photo from 1936 Maryville College yearbook.
He was described in the 1936 Chilhowean football pages as follows: “The fact that he was the only freshman to win a letter in a line consisting of juniors and seniors indicates Jack Dunn’s ability as a tackle. Jack showed rapid development as the season progressed and turned in some excellent performances in the last few games. His 195 pounds is expected to be a mainstay in next year’s line.” He is also the son of William Claude Dunn Sr. who attended Maryville College as a Junior Class Preparatory Department student for two years (1897-1899).

The Maryville Times, May 17, 1944
Jack Dunn, son of Mrs. Claude C. Dunn, of Townsend, was killed in a navy plane crash at Lakehurst, N.J. Tuesday afternoon, according to message received by his mother. Jack was an ensign in the navy. He was about 24 years of age. According to press dispatches, Ensign Dunn was in a navy training airship. During the take-off student pilots were said to have failed to clear the hangar by 10 feet.
It is expected they body will be returned to Tennessee for burial. 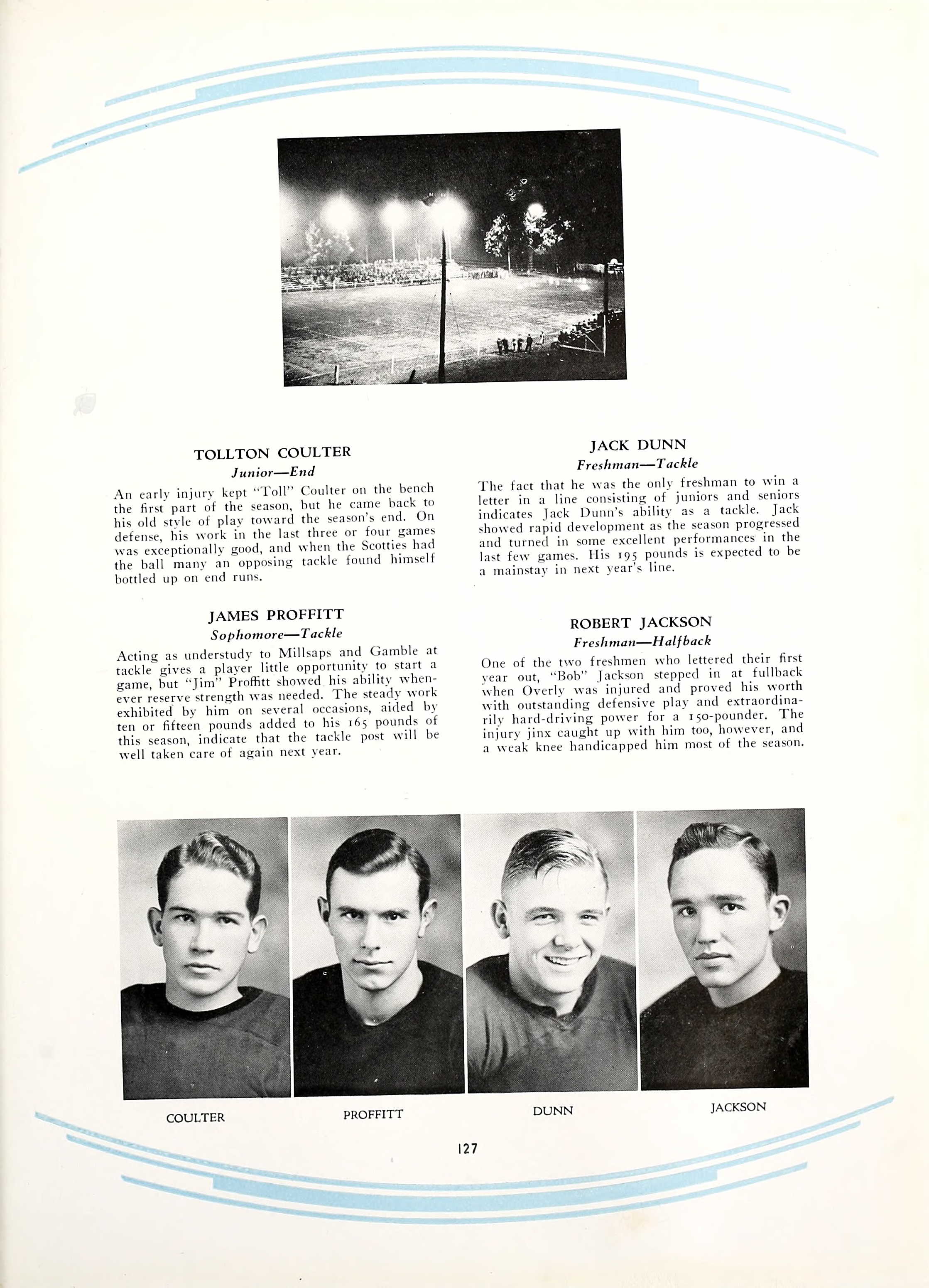 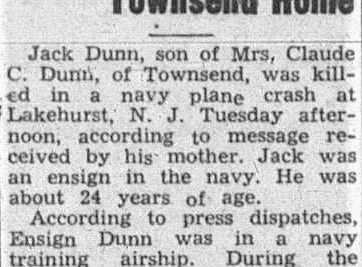