Parents: Will B. and Annie Rainer Seeber
Siblings: Ruth and Will B. Seeber
Married Edith Woods on March 30, 1940. She died on 26 May 1942 at Fort Sanders Hospital at the age of 21.
Buried at Lynnhurst Cemetery, Knoxville, TN

The Knoxville Journal, January 5, 1945
Tech. Fifth Grade Virgil R. Seeber, 29, was killed in action Nov. 20 in Belgium, according to a War Department message received by his father, W.B. Seeber, Route 2, Fountain City.
Technician Seeber had been in service 26 months and overseas 15 months. He had been stationed in Northern Ireland and England, and saw action in France, Germany and Belgium. He participated in the invasion of France, June 6, and had been awarded the Bronze Star for meritorious service, and the Purple Heart for wounds received in action. 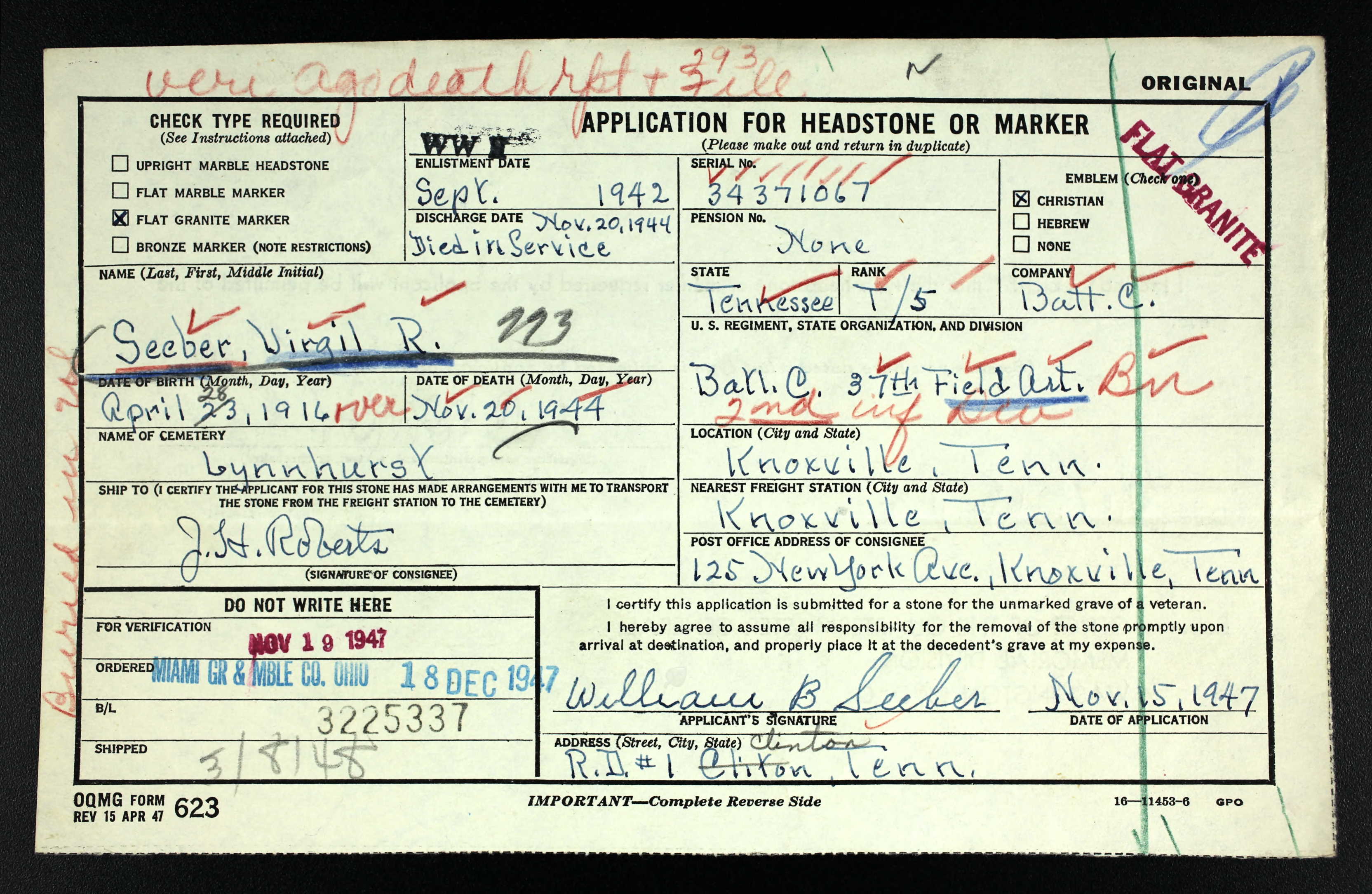 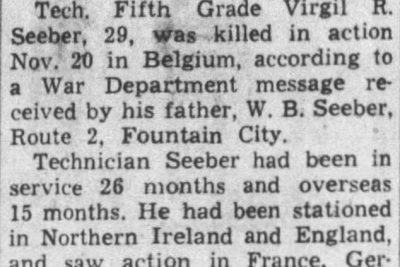