Virgil R. Graves was born on 29 March 1917 in Alabama to William Monroe Graves and Susan E. Galleher. This father died in February 1943 and his mother in 1925.  Cpl. Graves was survived by brothers Melvin and Walter of Knoxville; Wesley of Chicago; Fred of Jamestown, Ala.; sisters, Mrs. W.A. Headrick, Mrs. Reford Carroll of Knoxville, Mrs. Dorothy Teague of Athens, Mrs. Elmer Dyer of Chattanooga , Mrs. Clifford Myrick of Jamestown, Ala.

The Knoxville News-Sentinel, 20 May 1943
Cpl. Virgil R. Graves, 27, was with the Army engineers on the Tunisian front, and when he wrote that his job was “clearing the way for our troops,”  his relatives supposed he referred to the pentiful mines which the Germans sowed. He wrote that he “went through Hell on Easter  Sunday.
Today his sister, Mrs. R.S. Carroll, 703 Redwine Avenue, received word that her brother was killed in action on May 5, or 10 days after Easter. Cpl. Graves leaves four other sisters and four brothers here. He entered the regular Army four years ago and had been in North Africa seven months. 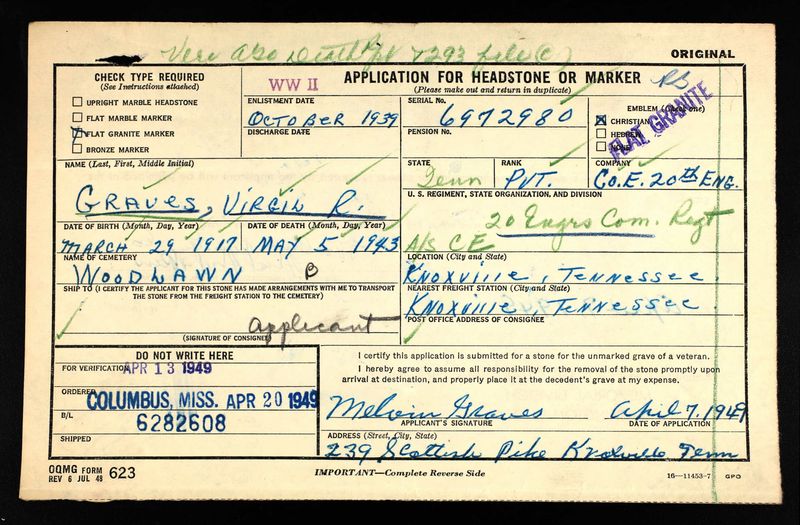 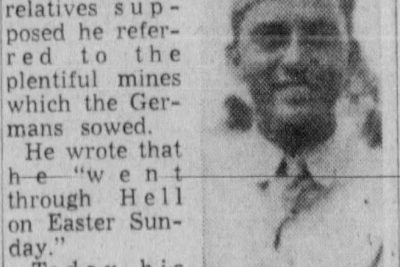 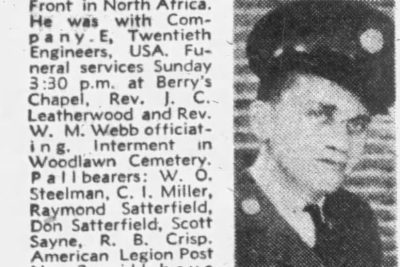