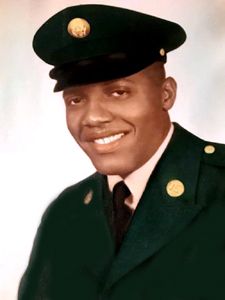 Specialist 4 Virgil Kirkland, Jr. was born on May 1, 1941, and was originally from Chattanooga, Tennessee. He served his country in the Vietnam War in the United States Army with Bravo Company, 229th Assault Helicopter Battalion, 1st Cavalry Division. In this command he worked as an electronic devices repairman. His tour in Vietnam began on August 16, 1965. On November 12, 1965, SP4 Kirkland was killed in the fighting at Pleiku, South Vietnam, the first major American military action of the Vietnam War; the battle pitted 450 American soldiers against 2,000 North Vietnamese. He was 24 at the time of his death. SP4 Kirkland is buried at Chattanooga National Cemetery in Chattanooga, Tennessee, and is memorialized on the Vietnam Veterans Memorial on Panel 03E, Line 45. 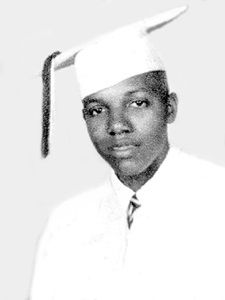