Private First Class Virgil Goodman was born on January 28, 1920. He was the son of Franklin Goodman and Sarah Frazier Goodman. He was the brother of John Henry Goodman, Joyce Goodman, Clara Estell Goodman (who died in infancy), Elsie Goodman, Ronnie Gene Goodman, Bertha Goodman, and Roy Goodman. Private First Class Goodman served in the European Theater of the war in the 359th Infantry Regiment, 90th Infantry Division. He took part in the Invasion of Normandy. He was killed in action on July 26, 1944.

Clinton Courier News, August 24, 1944
Pfc. Virgil Goodman, 24, son of Mr. and Mrs. Franklin Goodman of Windrock was killed in action in France July 26, according to word received from the War Department. Pfc. Goodman entered the Army April 5, 1940 and sailed to Panama April 18 of the same year. He returned to the States June 15, 1943, and had been overseas since May 1944. 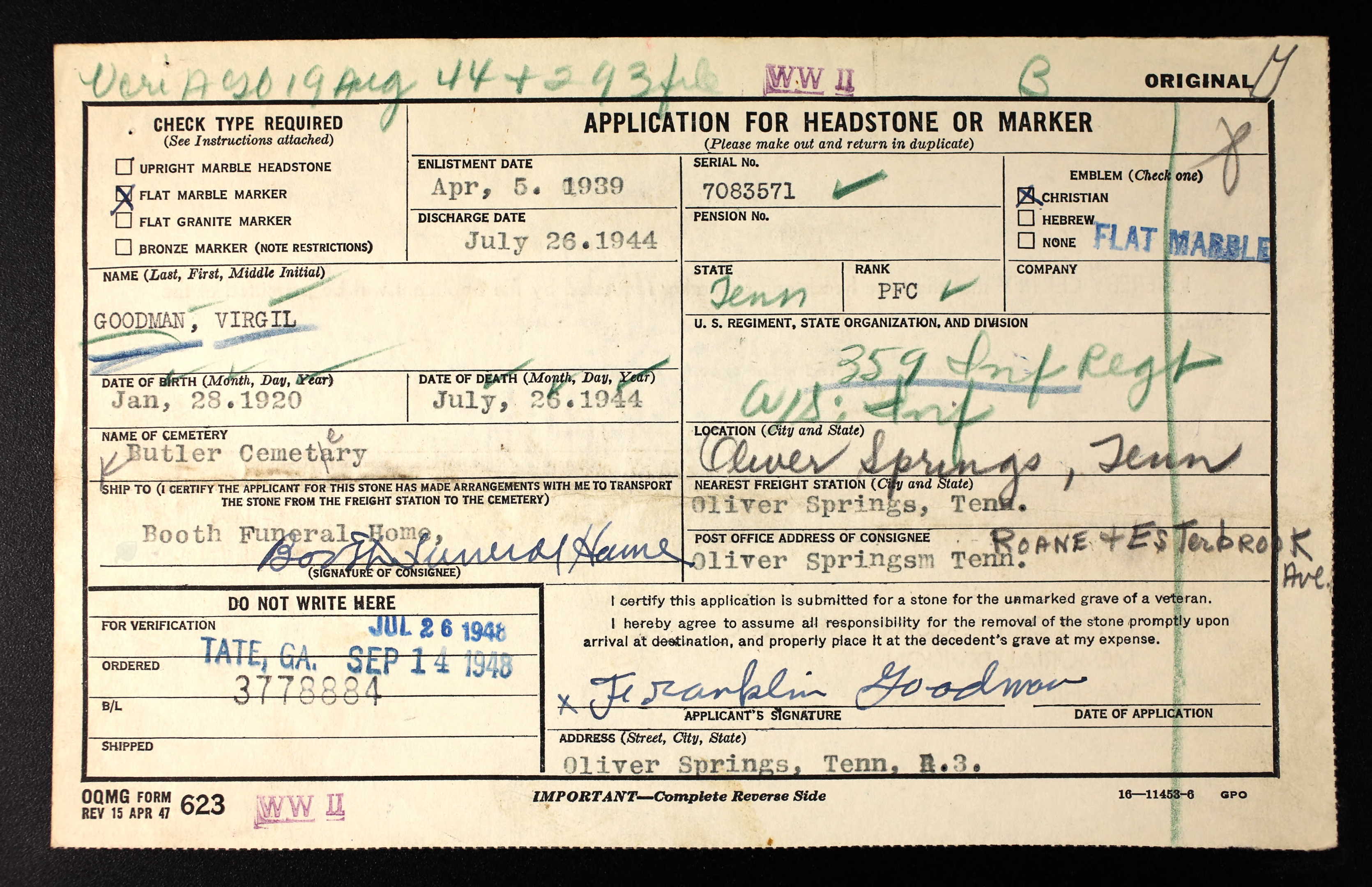 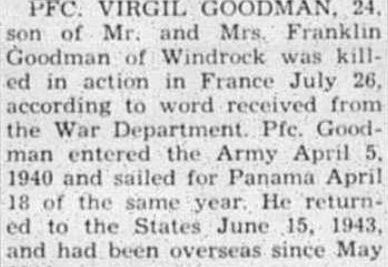