Virgil Carringer served on the USS Bunker Hill (CV17). He is memorialized at the Honolulu Memorial, Honolulu, Hawaii.

The Bunker Hill was attacked and hit by two enemy suicide bombers. The first plane struck and fired a fighter parked just aft of #3 elevator, skidded over the flight deck to port and dropped into the water carrying away the catwalk between frames 143-150. About 30 seconds later the second plane struck the ship at the junction of te flight deck and Island structure at frame 90. Severe fires broke out immediately in B-III-T (02 level) and in the signal bridge, part of which was demolished by the wing of the plane. The bomb from this plane, estimated to be a 500 G.P. penetrated the flight deck at frame 90 approximately 30´ to port of the centerline blasting a hole roughly 40´in diameter in the flight and gallery decks. Intense fires broke out immediately in the surrounding gallery deck spaces and in planes parked on the flight and hagar decks in Bays 1,2,3 and 4. Gasoline from a wreckedplane parked beside hatch 1-109 poured into comparment B-201-IEL and b-310-AL where it burned furiously. Before the fires could be brought under control all the structure, wiring and associated equipment was destroyed in the hangar, gallery and flight decks from frame 80 to 185 witch the exception of the Island spaces, CIC, #1 armory, Flag Operations an those spaces not included in the Island from frame 112 to 150 on the starboard side. Many of these spaces sustained damage from heat, smoke and water but can be restored with comparative case.

The Knoxville Journal, July 25, 1945
MadisonVille, July 24 – Virgil Carringer, seaman first class, son of Mr. and Mrs. Dillon Carringer, of Vonore, who lost his life when his ship was hit by Jap suiside plane off Okinawa May 11, was a gunnero n the U.S.S. Bunker Hill, one of the largest aircraft carriers of the Pacific fleet. His ship took part in the attack on Tokyo on Feb. 16 and 17, and again on the 25th, which was Virgil’s twenty-second birthday. Their planes also furnished air support throughout the invasion of Iwo Jima, Okinawa and several other islands.
Seaman Carringer was born and reared in and near Vonore and was a senior in Vonore high school at the time of his enlistment. He was the only child of Mr. and Mrs. Carringer. His wife, the former Miss Dottie Bridges, resides in Knoxville, where she is employed. He spent his first and only furlough with his wife and parents in Vonore in December, 1944. 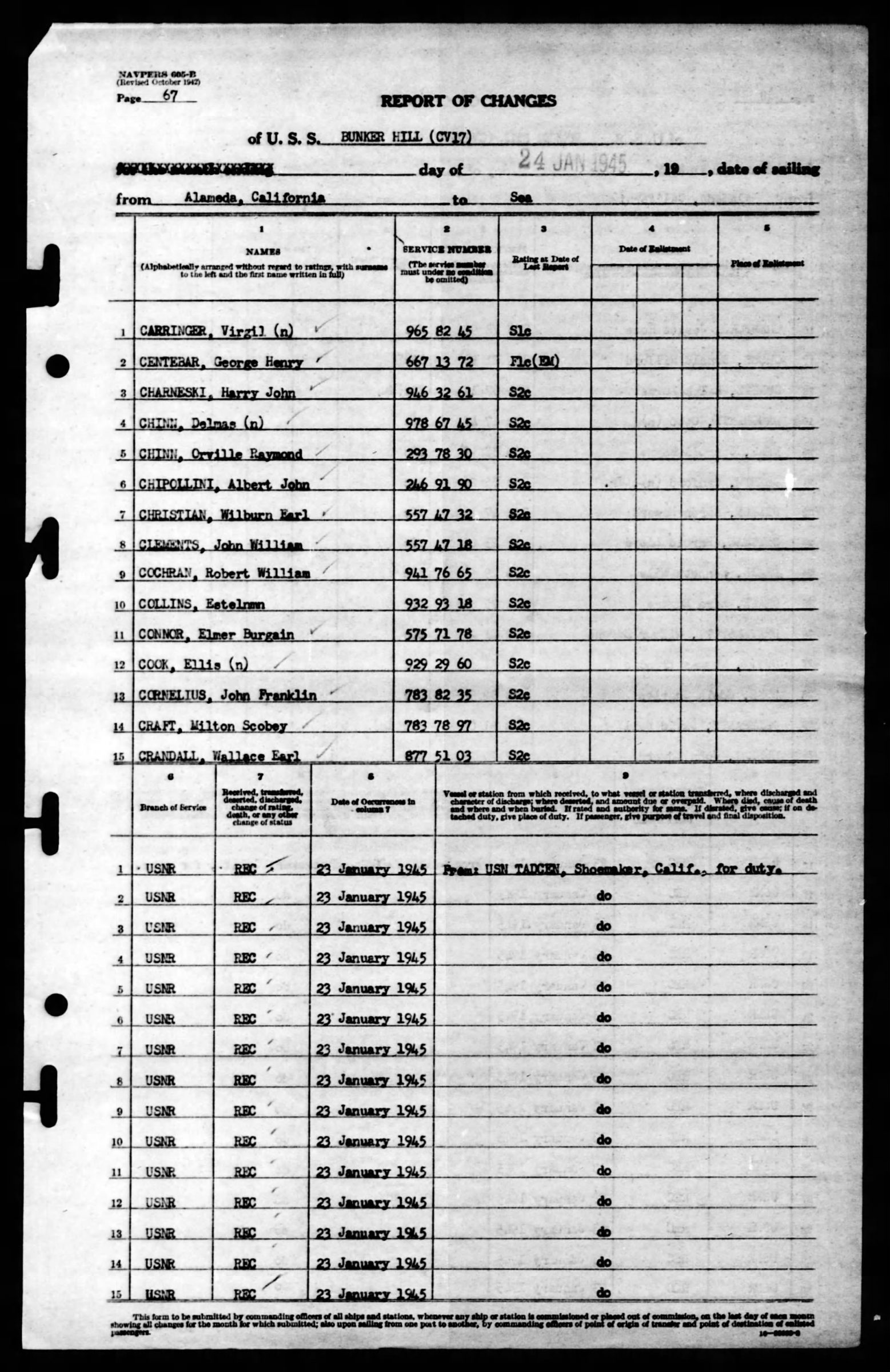 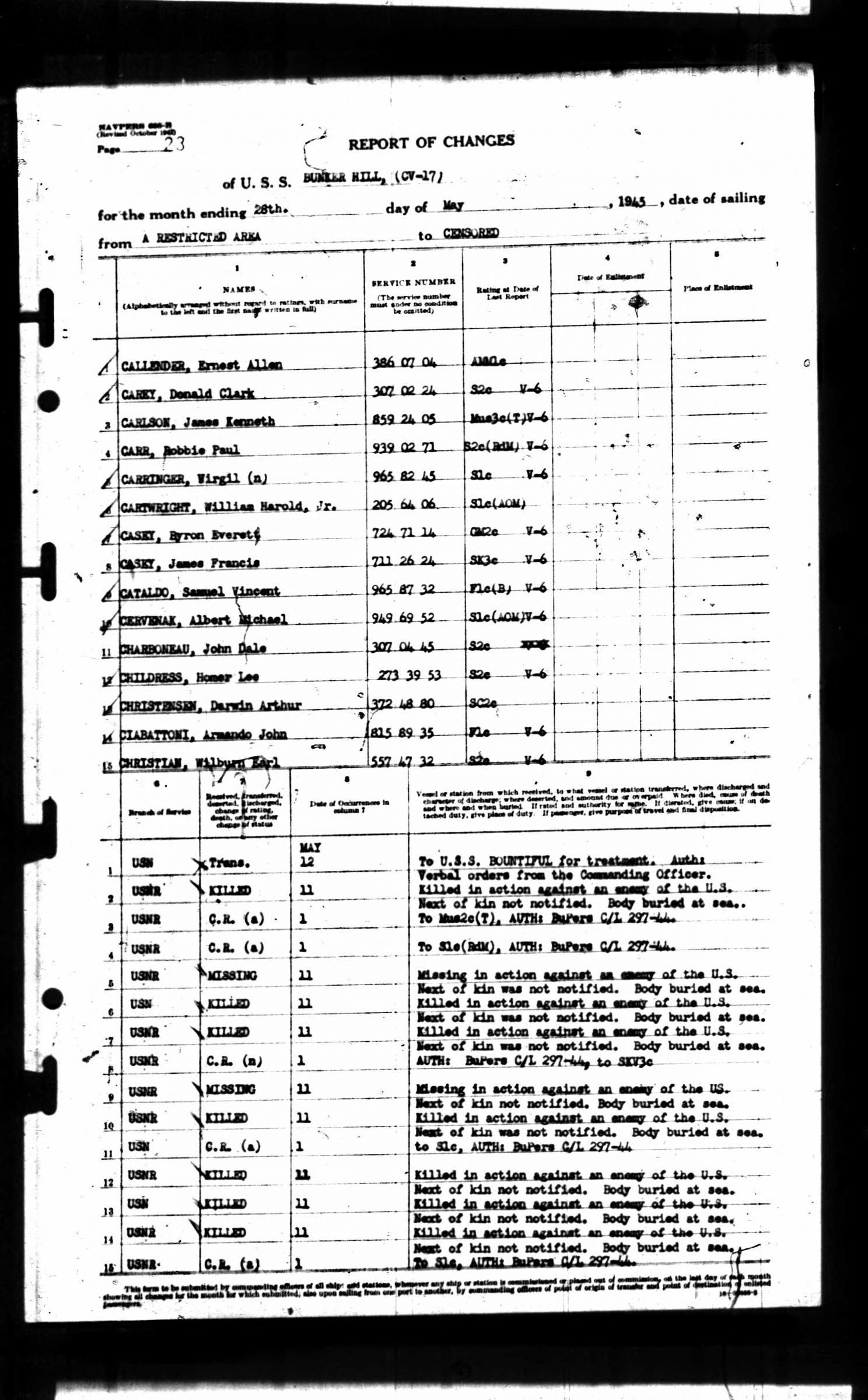 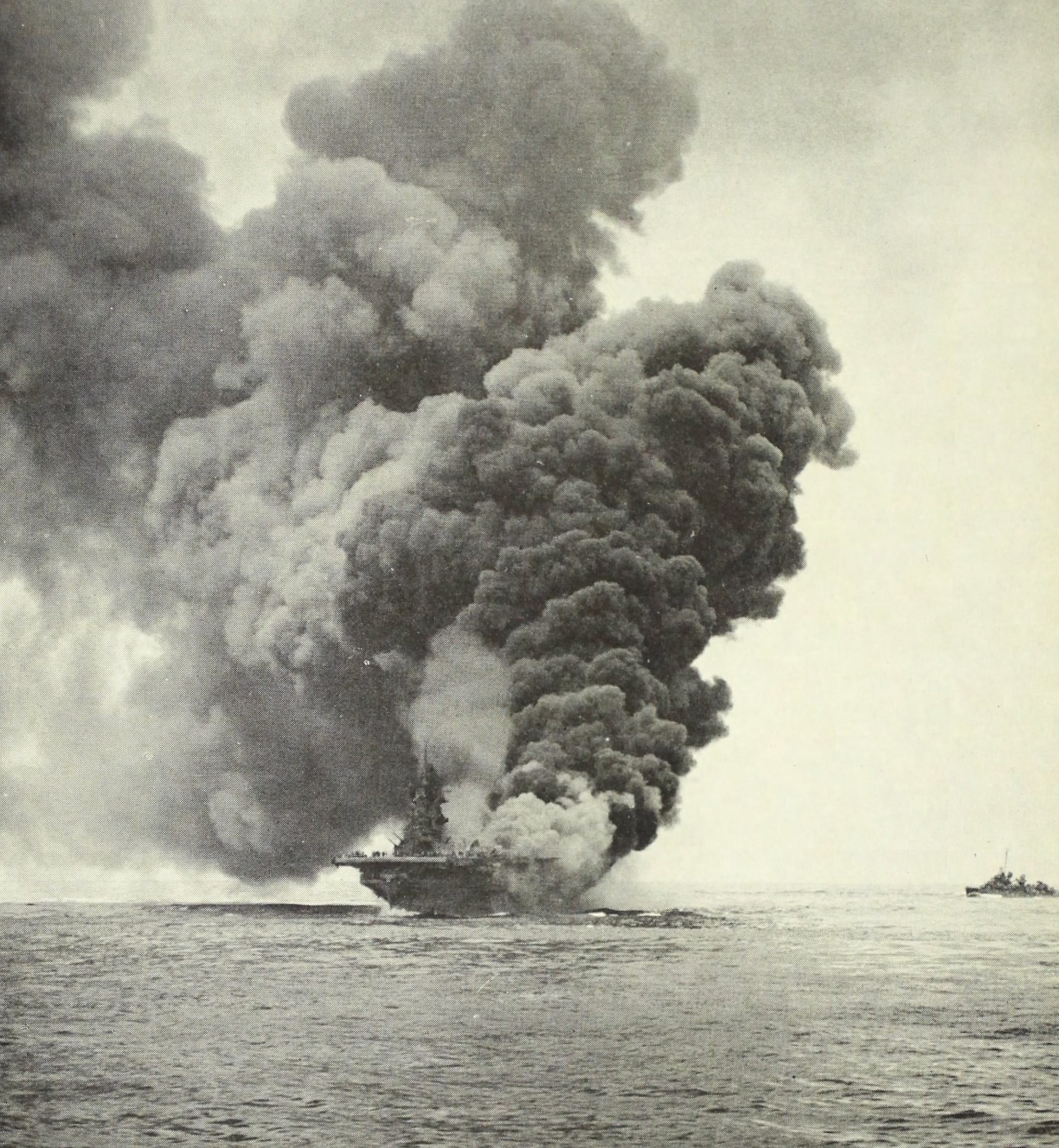 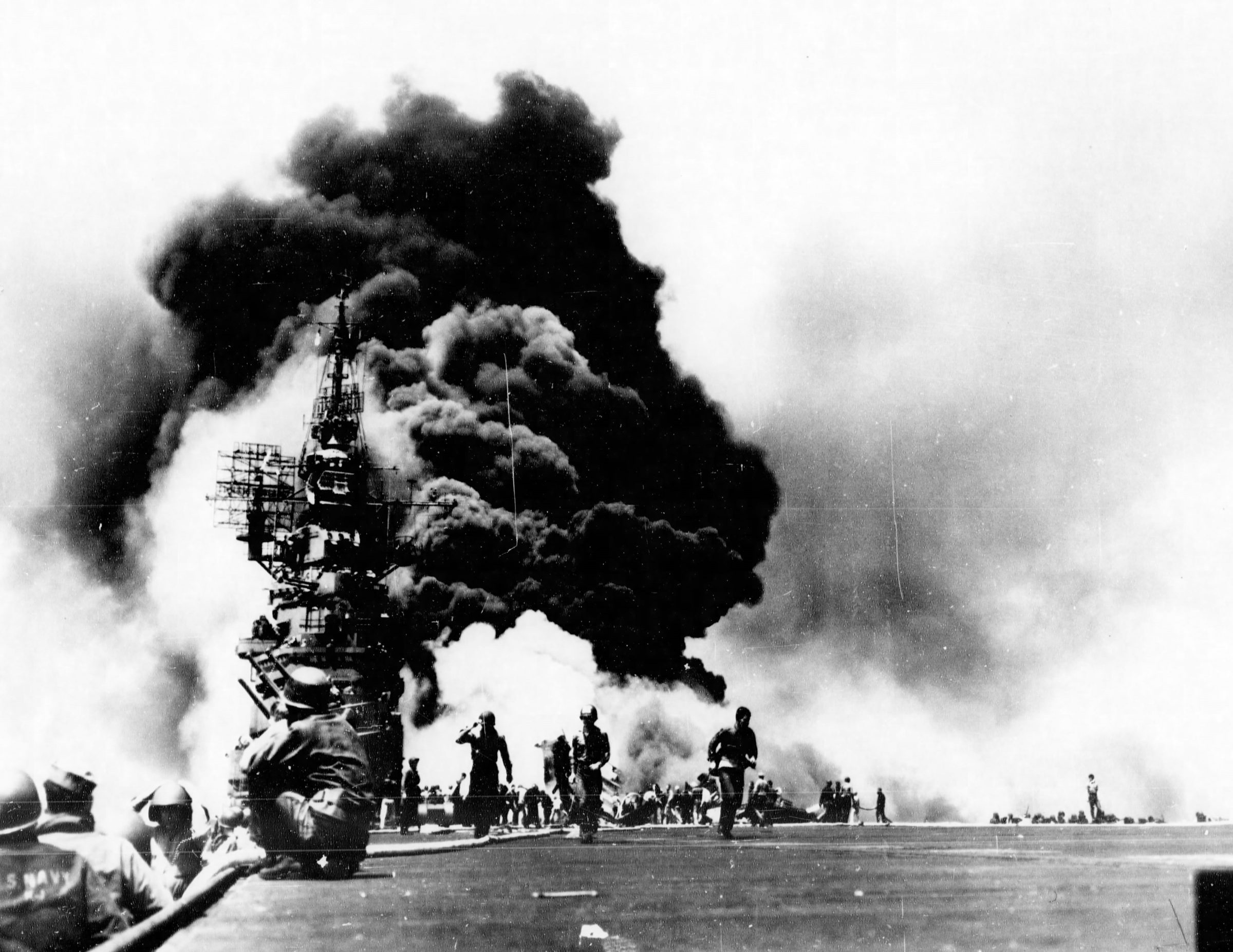