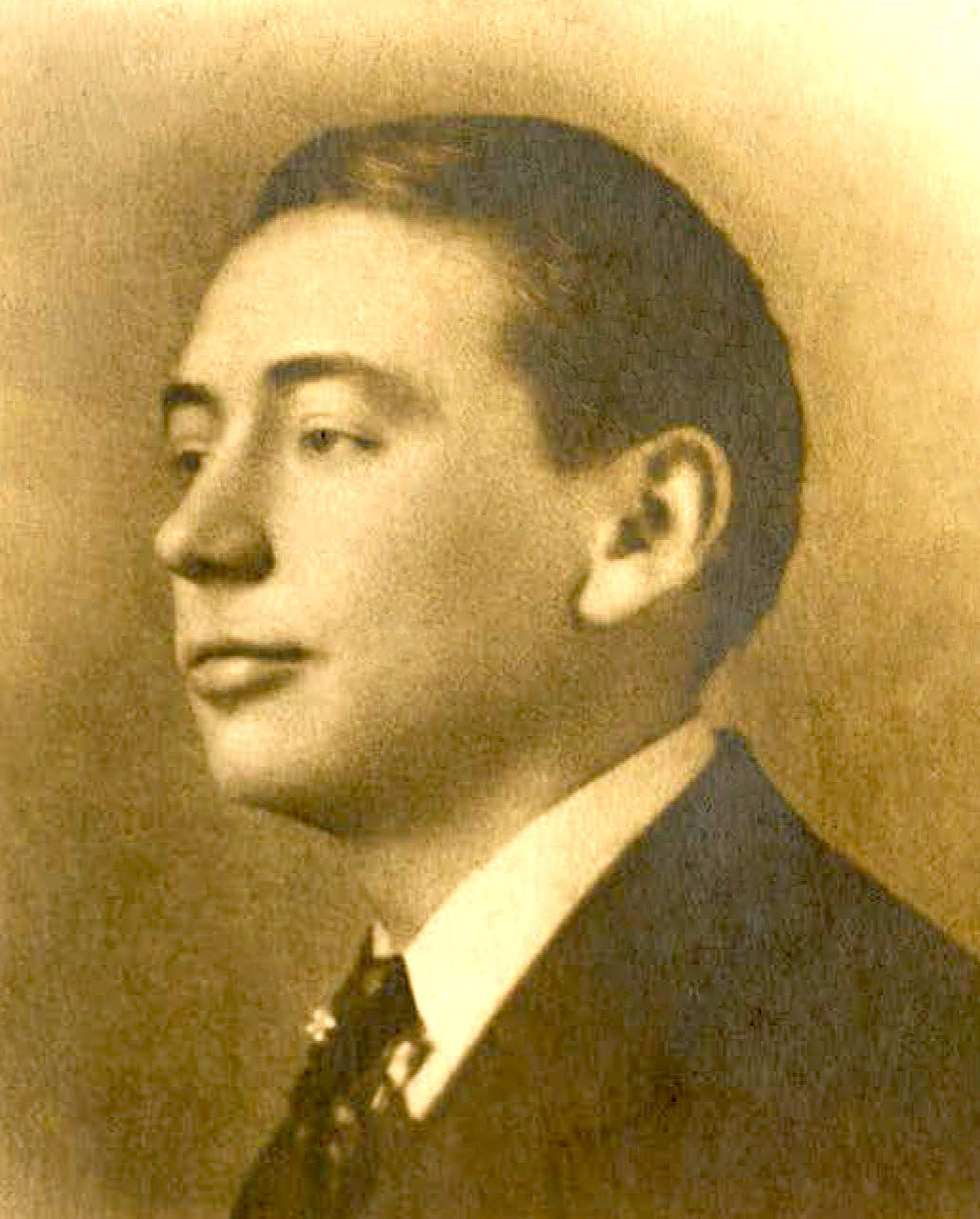 Virgil Christian Mottern
105th Field Signal Battalion, 30th Infantry Division
He was born in Jonesborough, Tennessee. He died 19 October 1918 near Mazinghein, France and is listed on the Tablets of the Missing at Somme American Cemetery, Bony, France. He has a memorial stone in Maple Lawn Cemetery; US Highway 11E, Jonesborough, TN.

Virgil C. Mottern was a telegraph operator. When he was called by the draft during the World War his religious belief forbade him to bear arms, and he was placed in an outpost company of the 105th Field Signal Battalion. On the night his division was retiring from the front never to return to battle again, the enemy suspected the movement of troops and kept up a constant bombardment. Just as he too was about to join the happy throng to march back from the front, the line of communication between the front line trenches and the outpost was broken. Sergeant Mottern could have left the broken line for the new men to repair or have dispatched some one else, but knowing the terrain he started out with a few of his men. He was hardly over the top before a shell burst near him and when his friends reached him he was dead. No record of his grave has ever been found so he remains today an Unknown Soldier.

Distinguished Service Cross citation:
The President of the United States of America, authorized by Act of Congress July 9, 1918, takes pride in presenting the Distinguished Service Cross (Posthumously) to Sergeant First Class Virgil C. Mottern, United States Army, for extraordinary heroism while serving with Company C, 105th Field Signal Battalion, 30th Division, A.E.F., near Mazinghein, France, 19 October 1918. Sergeant Mottern lost his life while personally laying a telephone line over exceedingly dangerous ground, under continuous artillery fire, which had caused a great loss among the runners. He attempted the laying of this line in order give his men a rest in a place of safety. 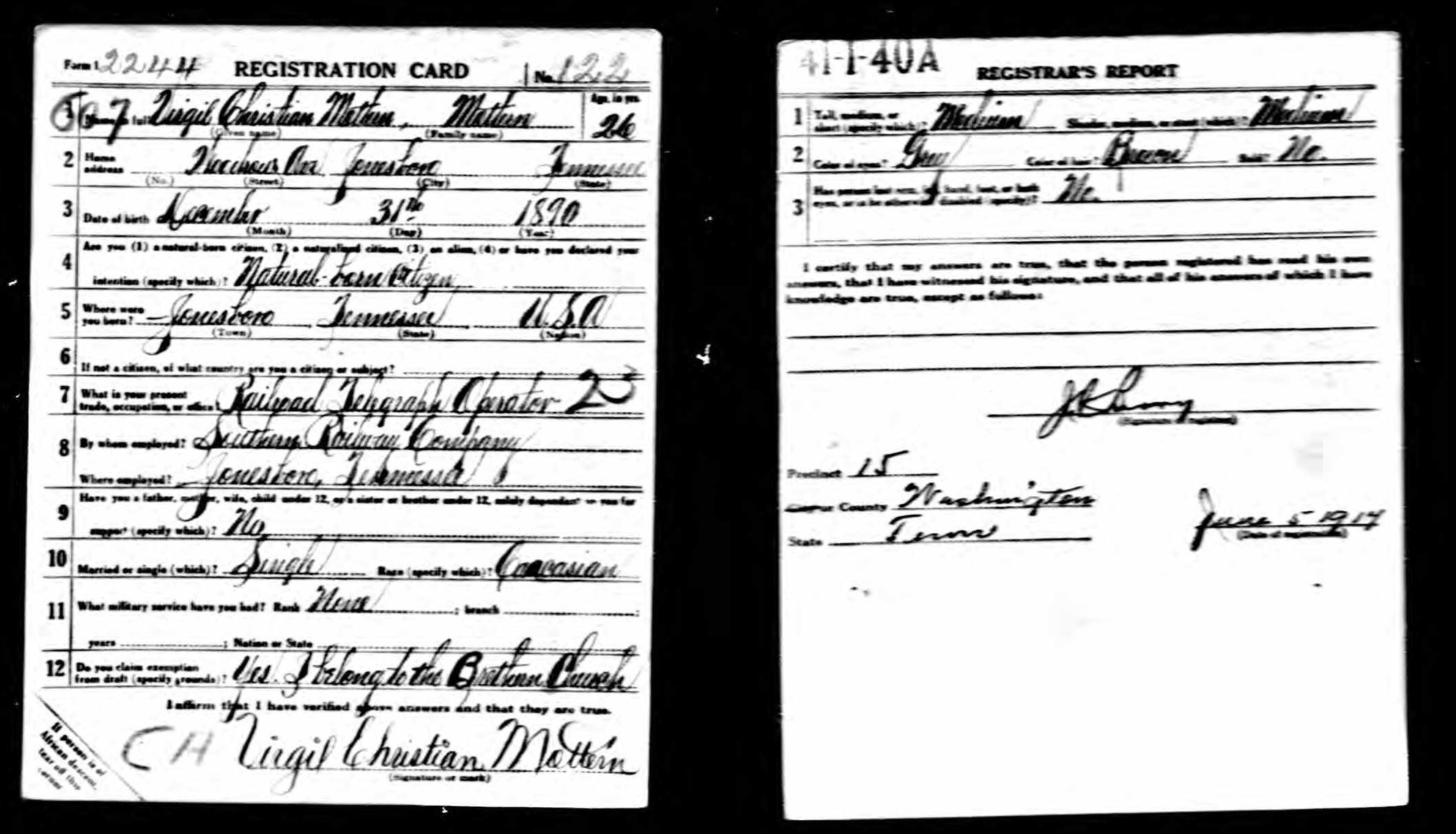 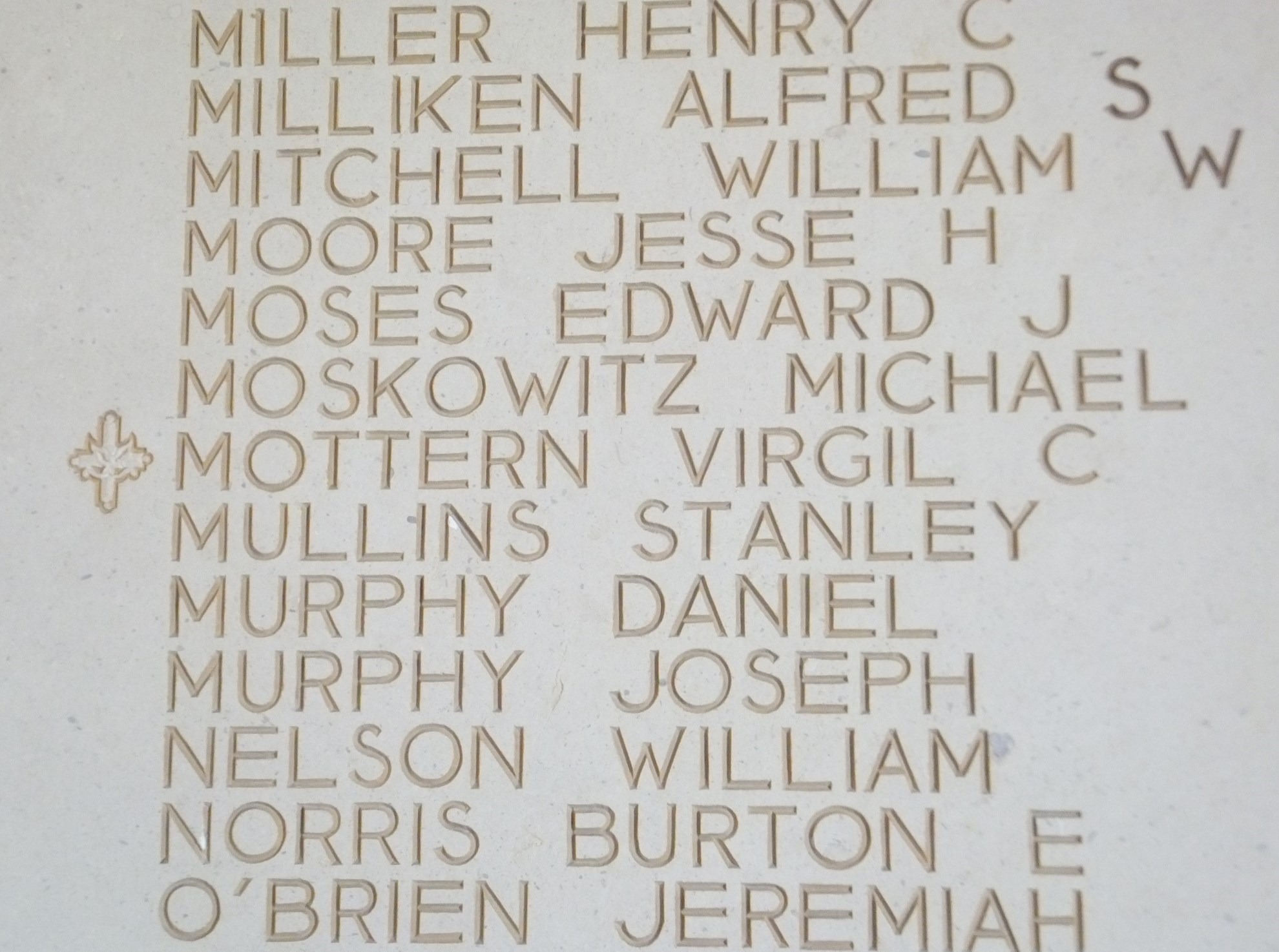 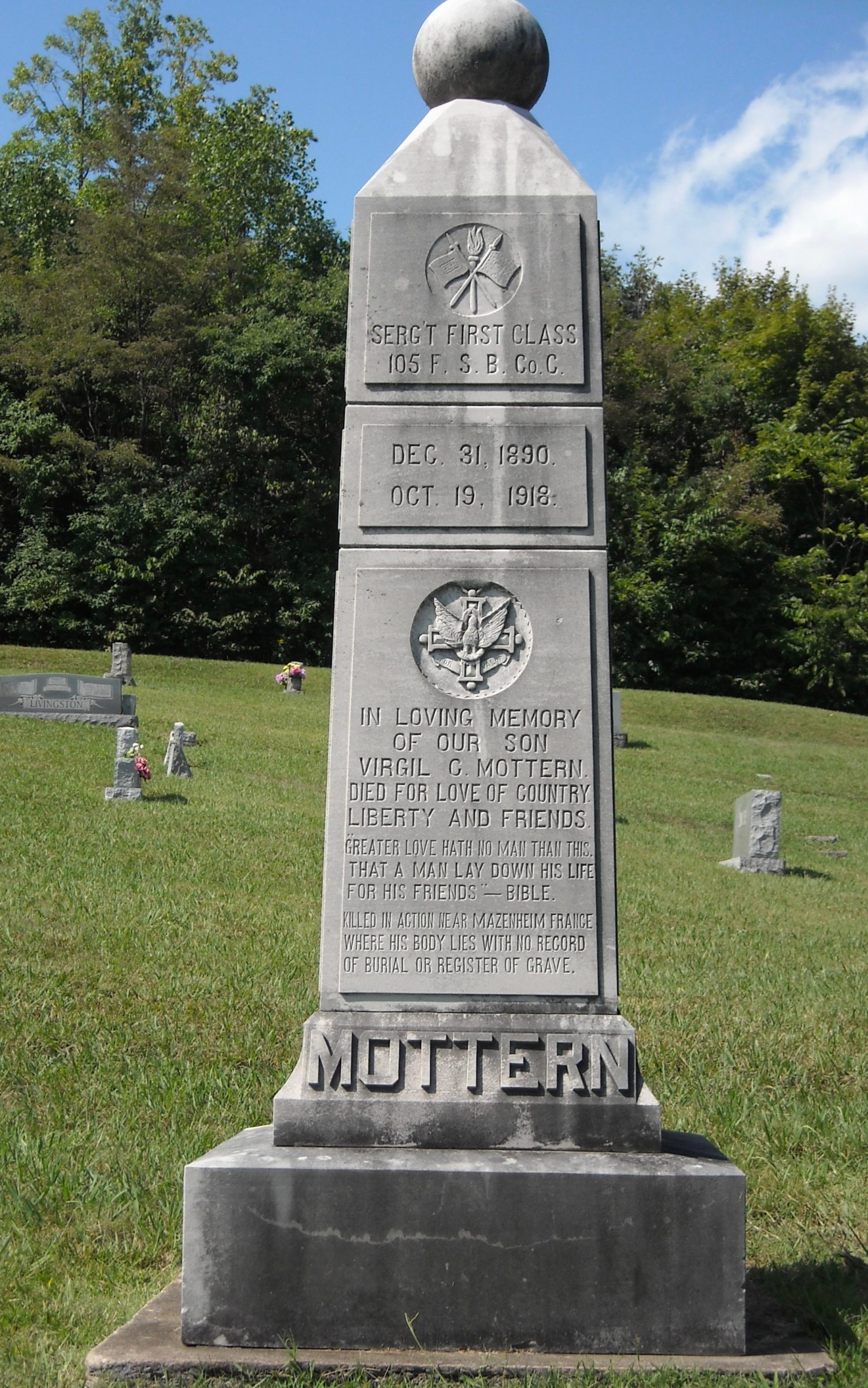 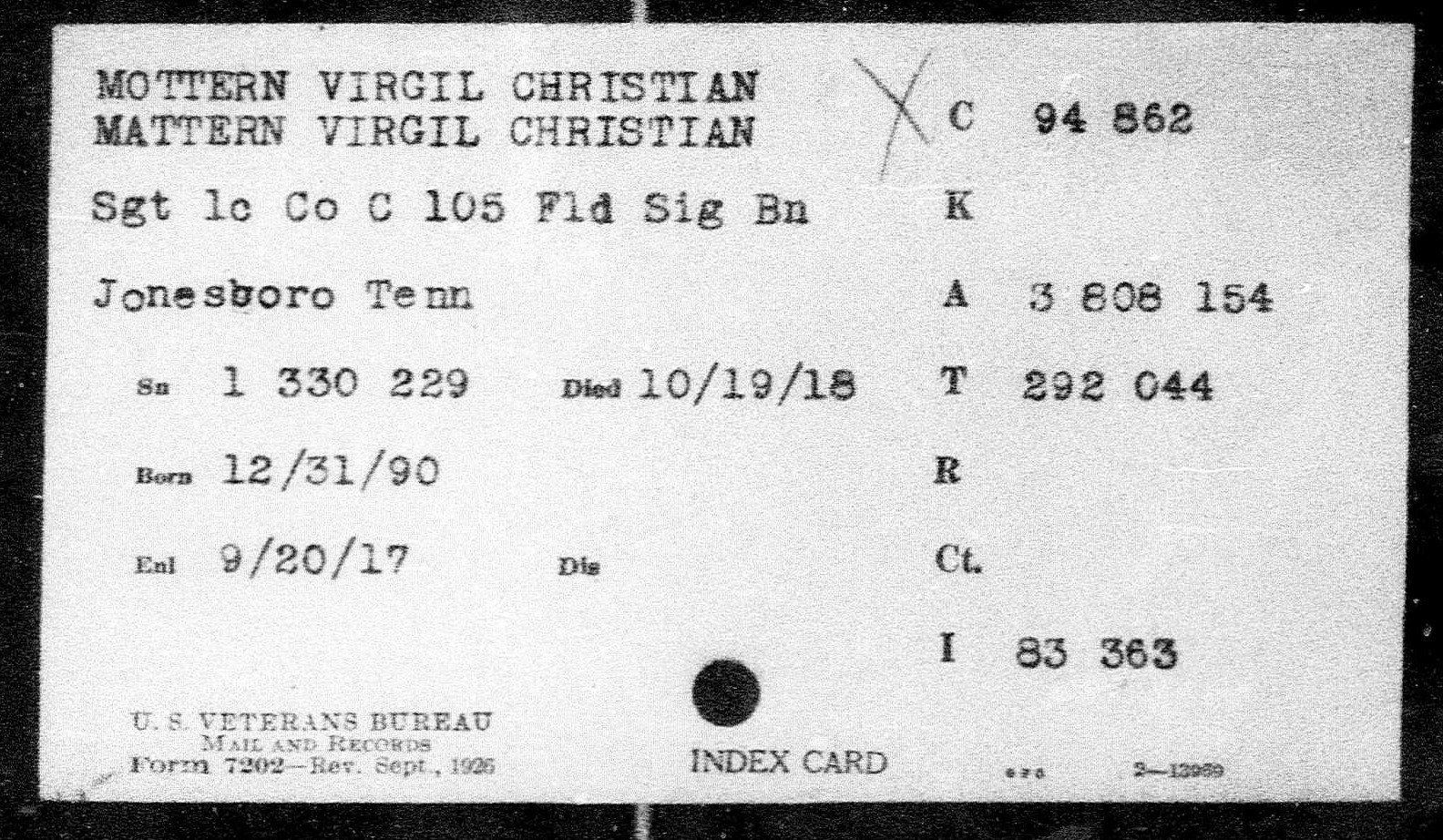 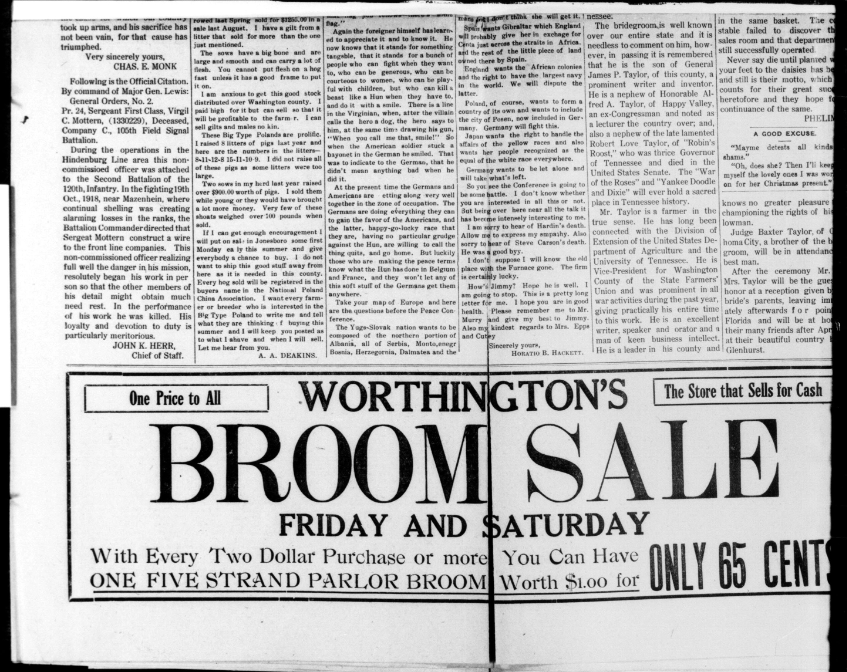 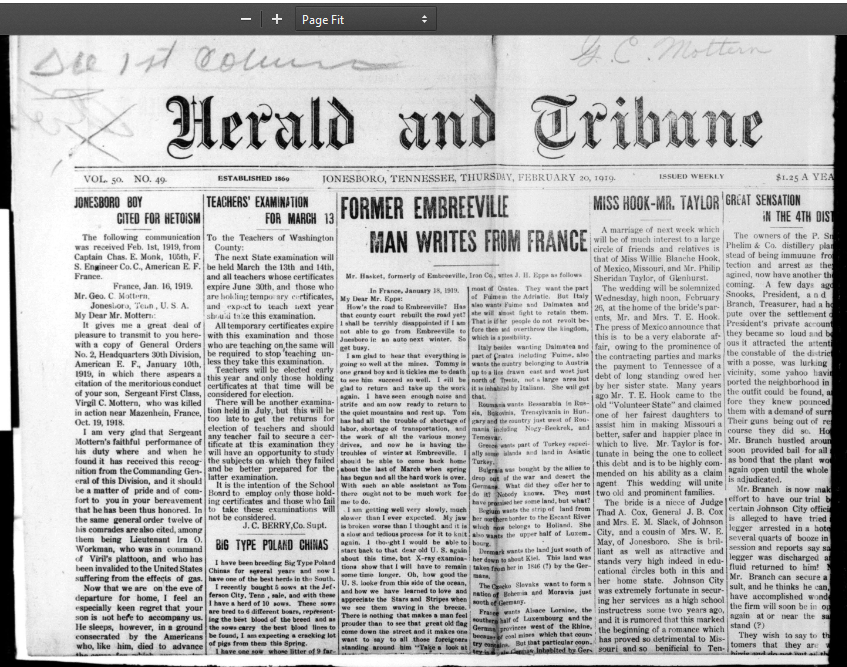 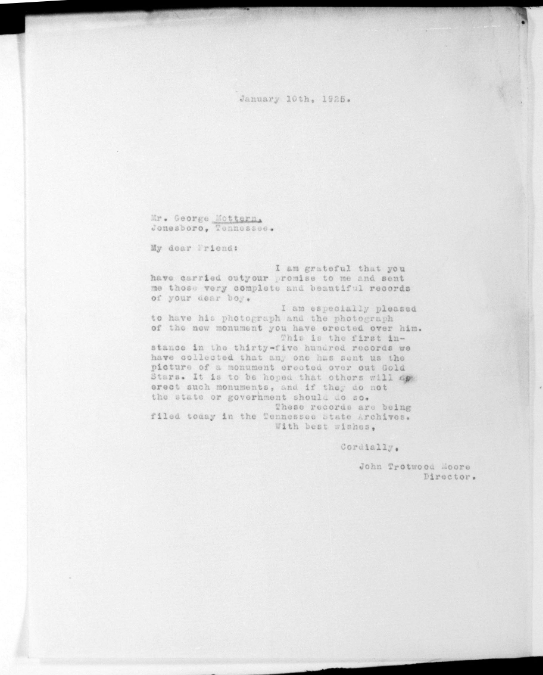 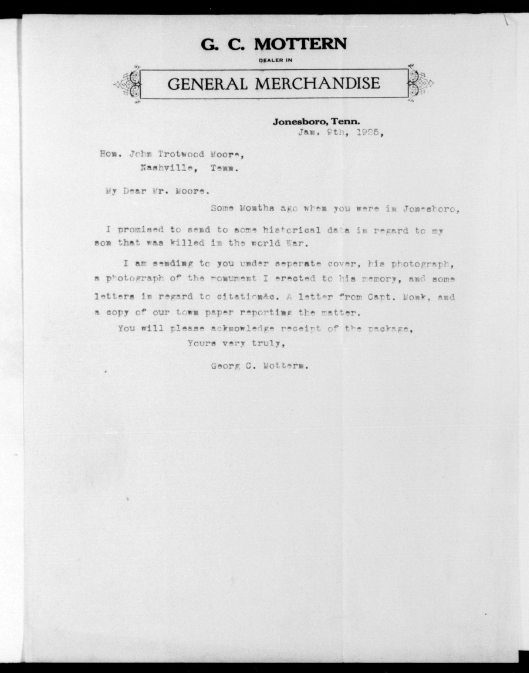 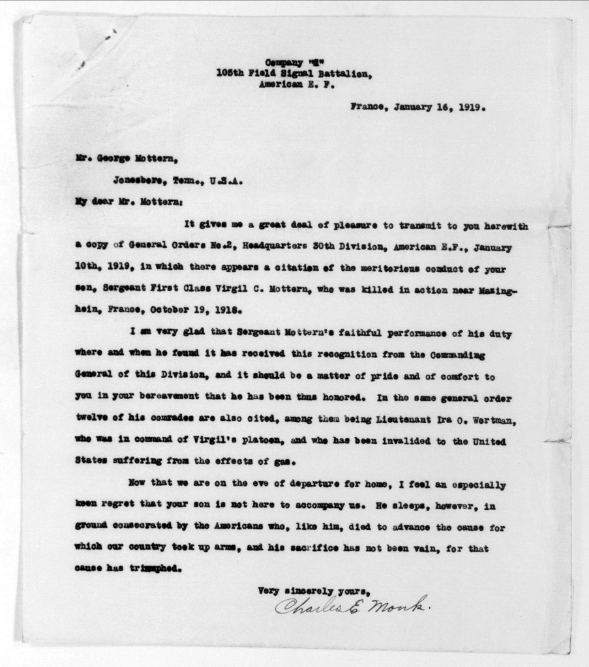 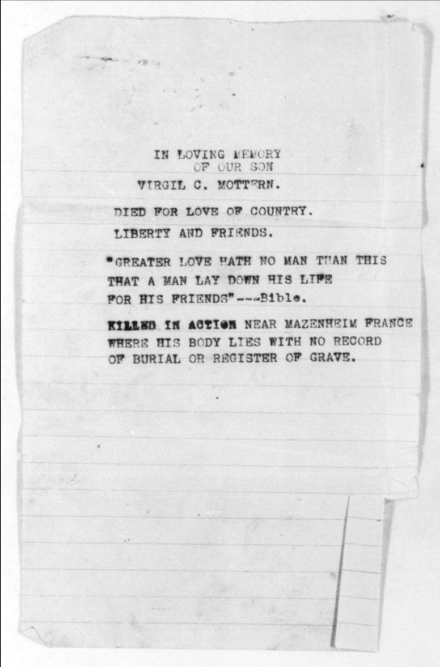 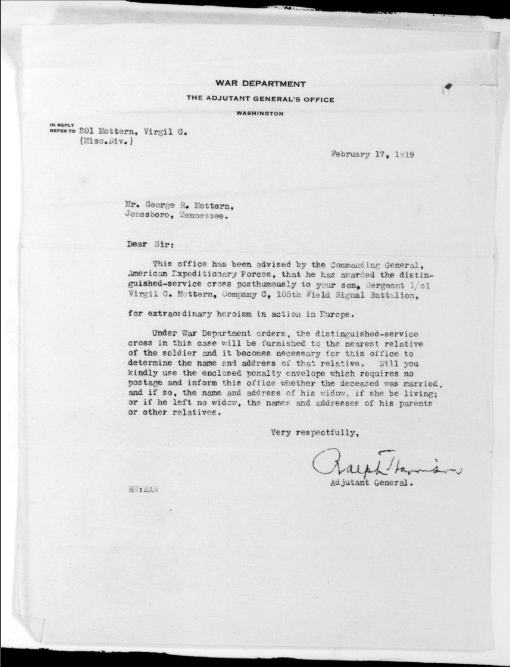 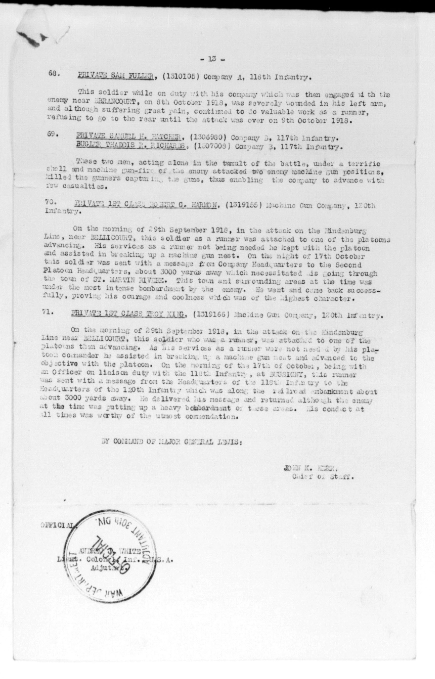 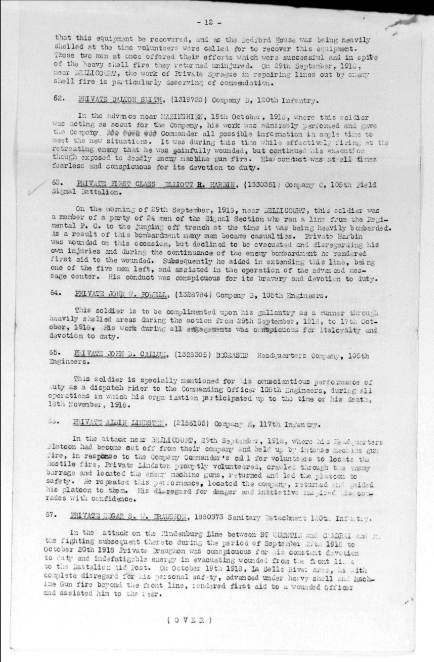 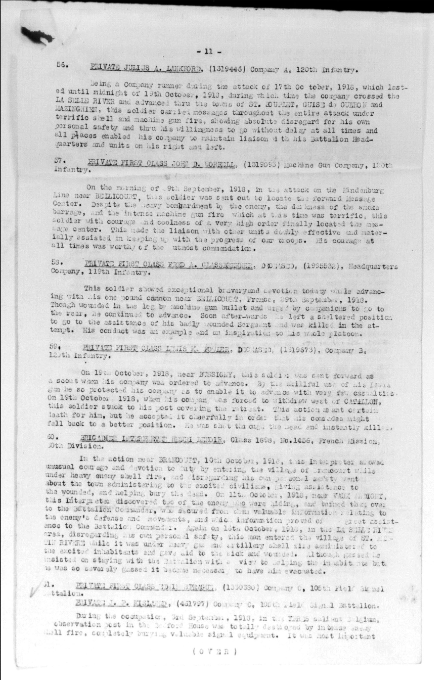 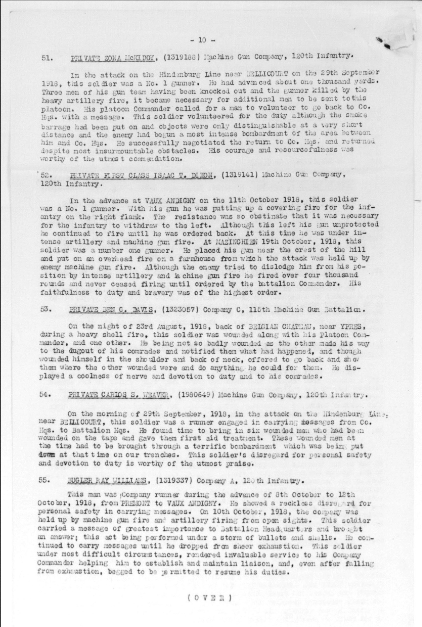 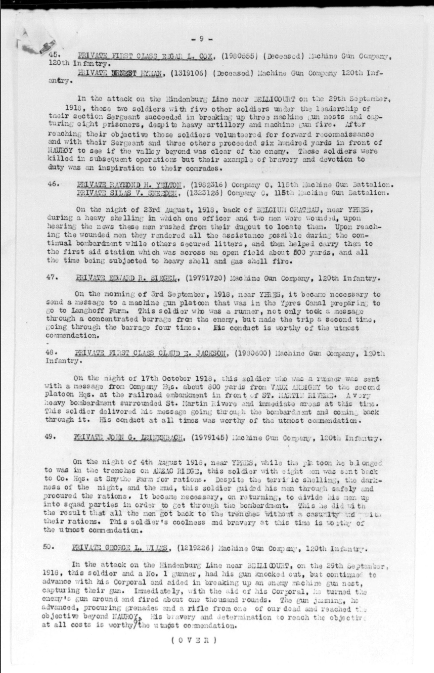 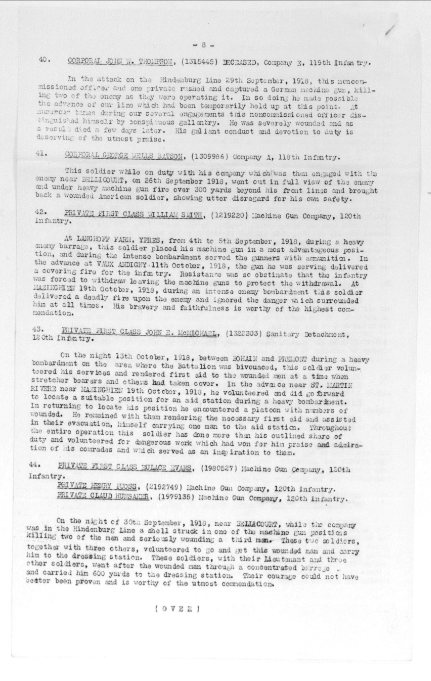 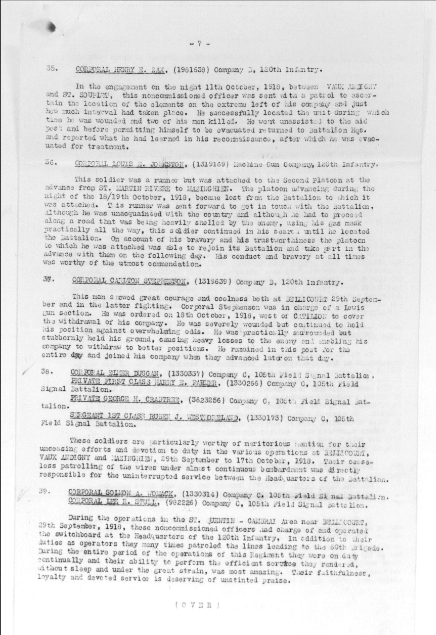 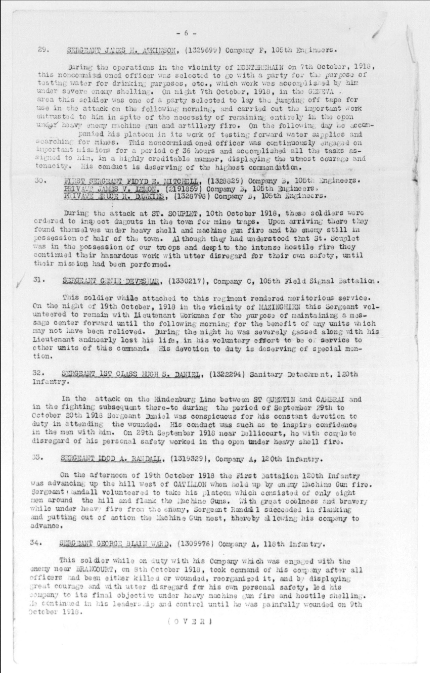 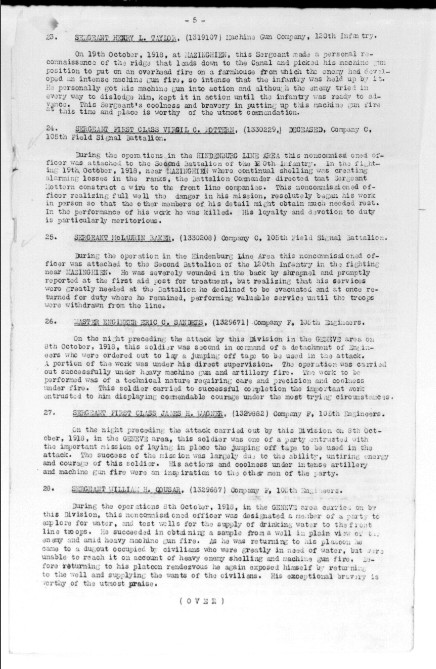 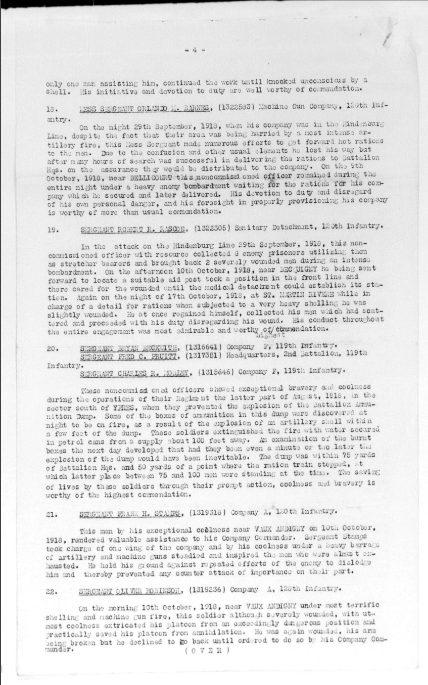 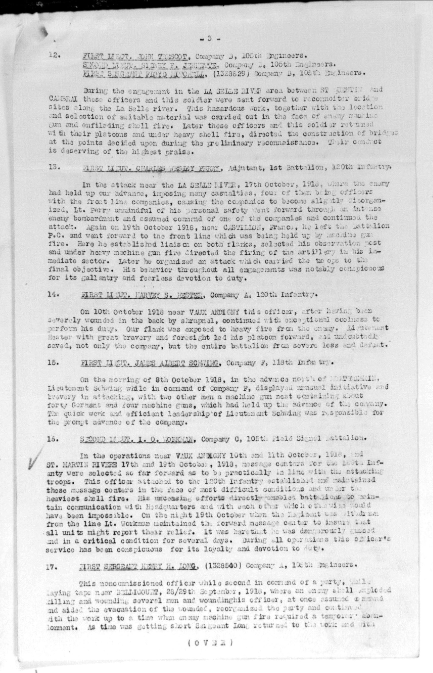 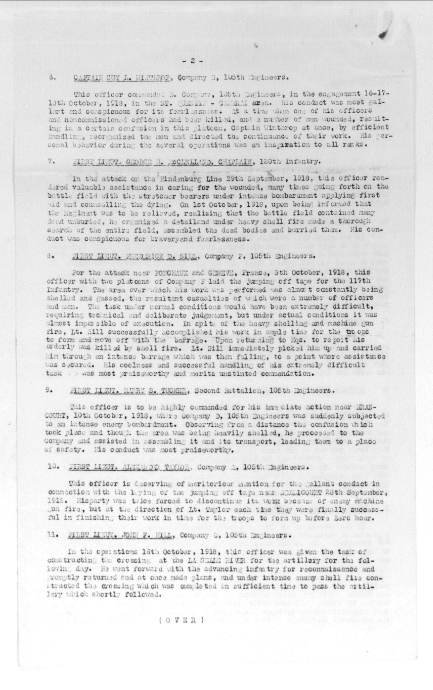 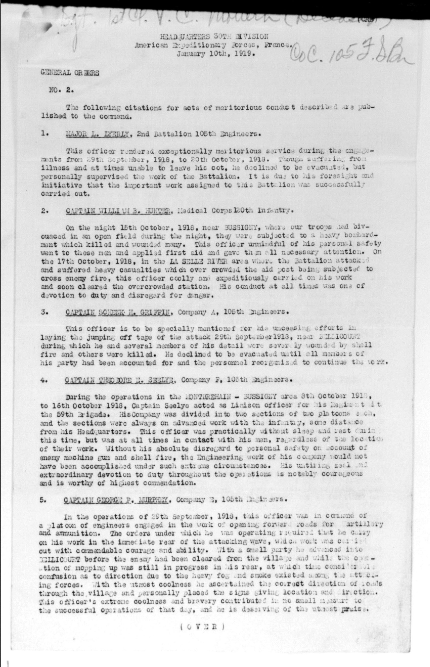 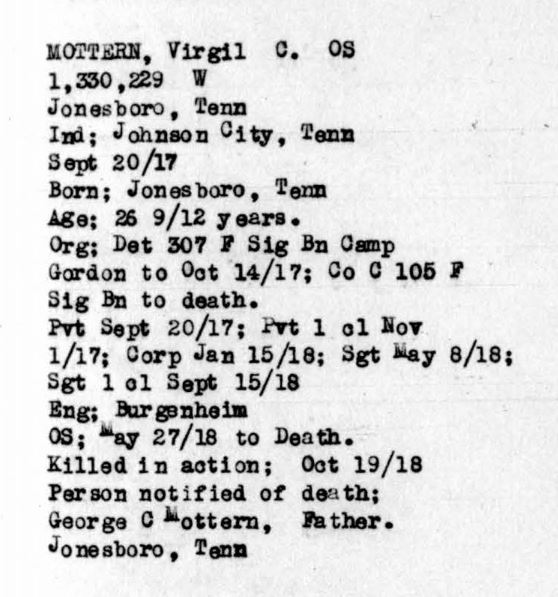 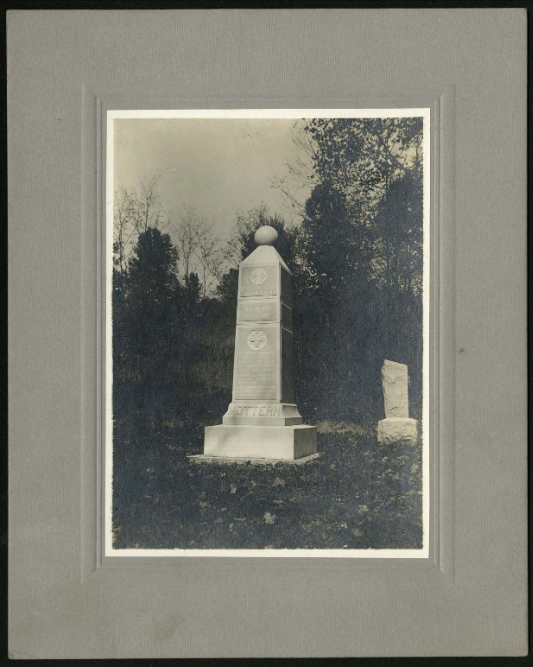 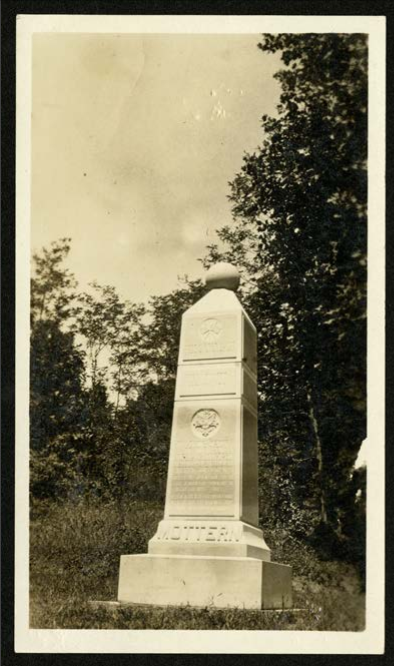