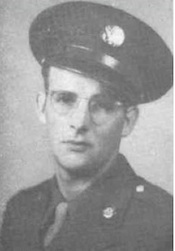 Gazette and Bulletin, Williamsport, Pa., dated March 1, 1945 and March 8, 1945:
Private Clees had been overseas since last March; from the US he was sent to Italy and participated in the invasion of southern France and Belgium before moving to Germany with his division.
A government message revealed that the soldier suffered battle wounds in action while performing duties in a chemical warfare unit.
He was graduated from Montoursville High School and inducted in August, 1943.
He married Sarah Blanche Jacobs and they had a 4 year old daughter, Patricia. His wife and daughter are living with Pvt Clees parents.

He died in Germany. 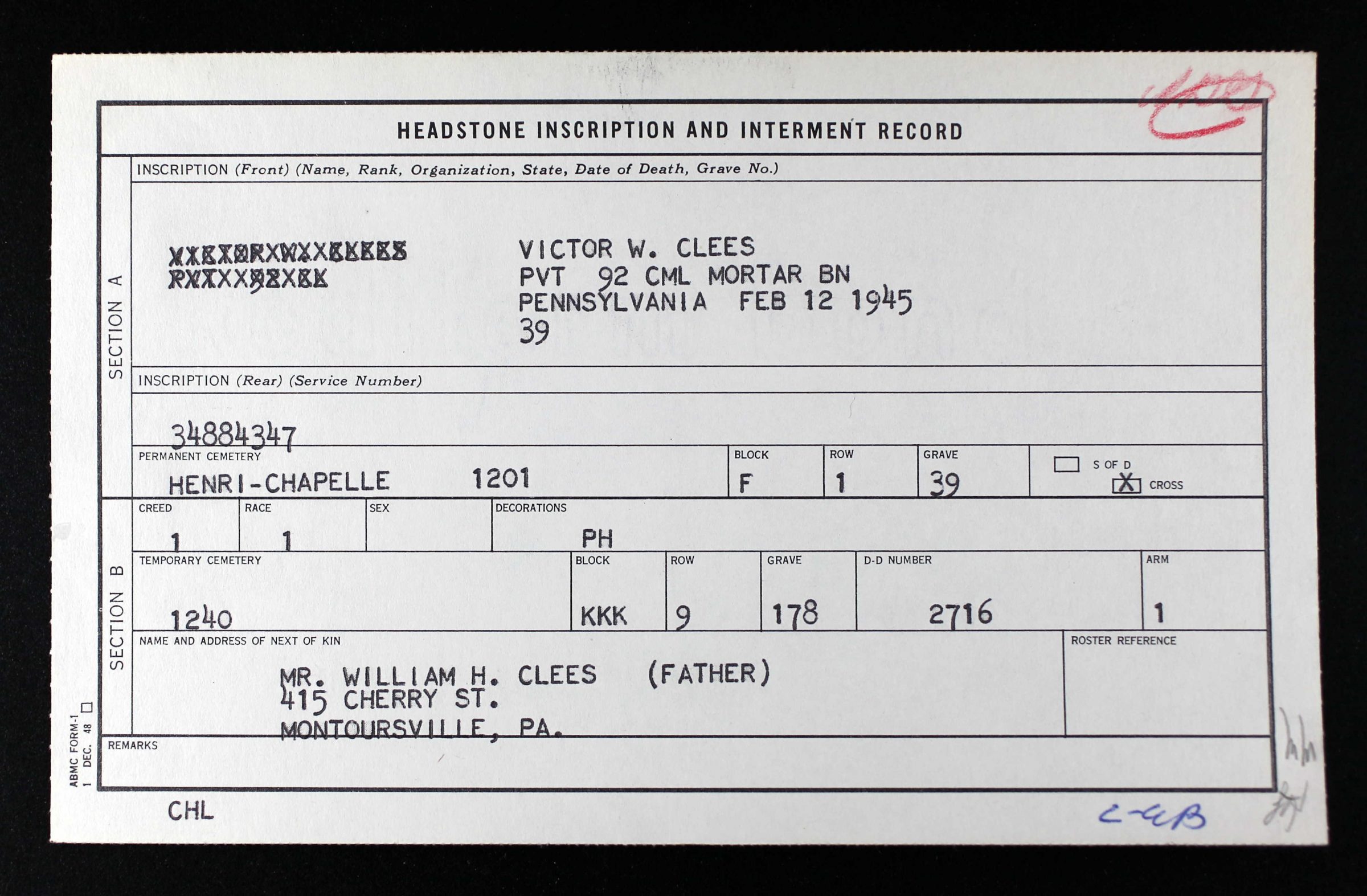