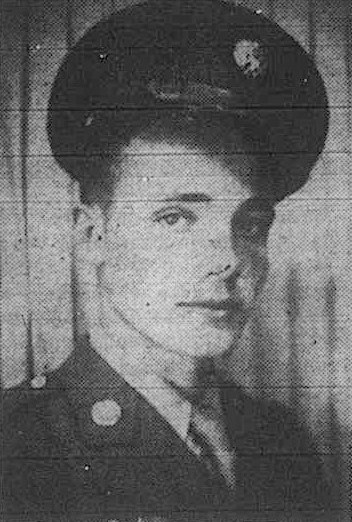 Aircraft B-24H with serial number 42-52280 departed from San Giovanni Air Field on a operational mission to Munchendorf in Austria. The aircraft suffered a flak hit in the number one engine. They remained in formation for a while and the airplane, with the crippled engine throwing oil, did not bomb with the group. The ship made its way back to the Adriatic Sea where the bomb load was dropped to insure a safe landing when they would reach their base. One of the bombs exploded prematurely a few feet below the plane, so severely damaging the ship that it was forced to make a crash landing into the sea. The force of the impact of the crash caused the plane to break in two.

Staff Sergeant Kirby is memorialized at the Florence American Cemetery, Via Cassia, Italy.

The Johnson County News, April 8, 1943
Sgt. Victor E. Kirby, son of Mr. and Mrs. Oscar Kirby of Shouns, graduated at Tyndall Field, Florida, Aerial Gunnery school, Feb. 8, 1943. He received his wings and was promoted to Sgt. In three months.
He is now stationed at Keesler Field, Mississippi, taking a course in mechanics, when it is completed he will be an Aerial Engineer and ready for combat duty. Sgt. Kirby has an older brother, Sgt. Vance Kirby, serving with the Eight U.S. Air Force somewhere in Africa. 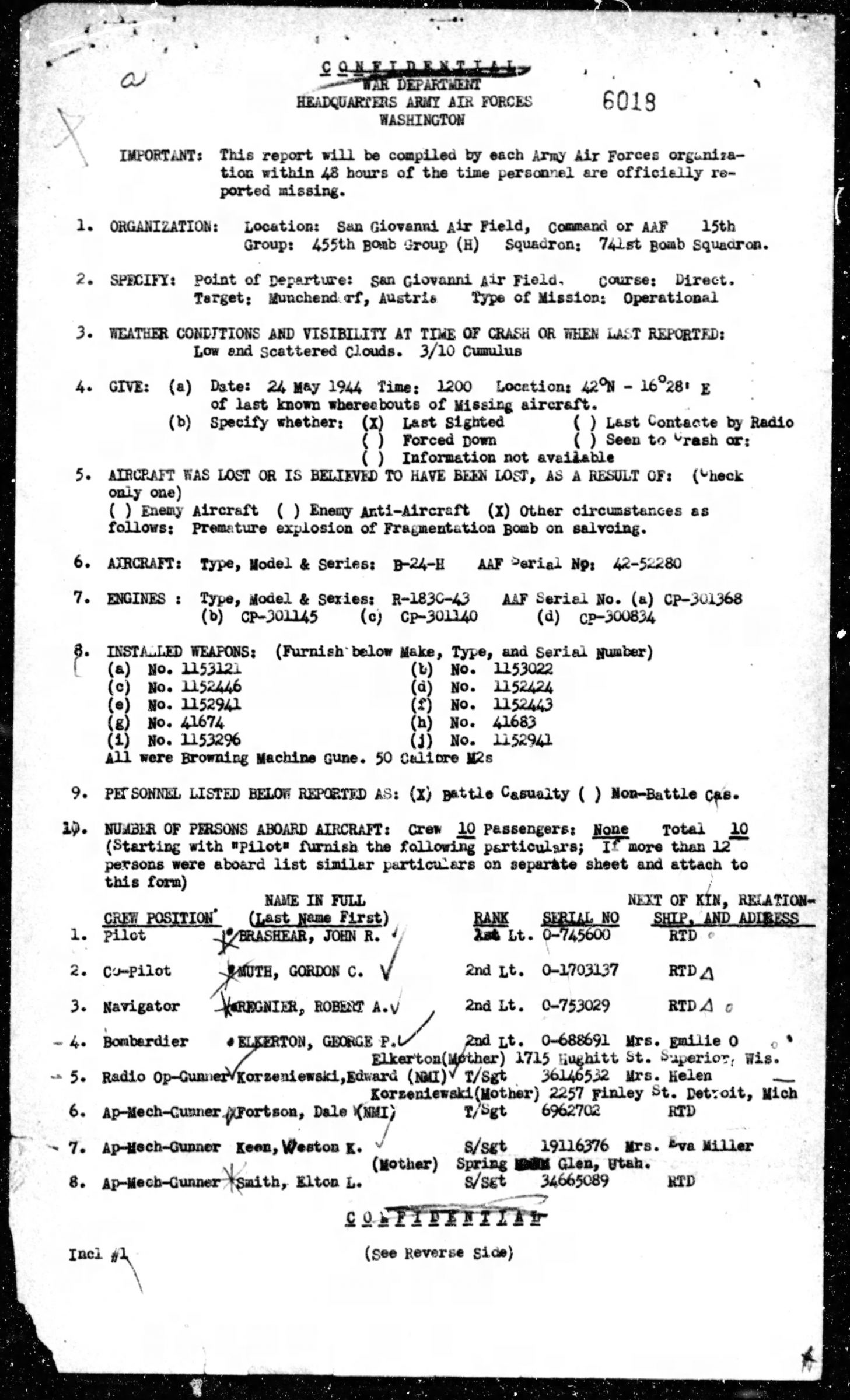 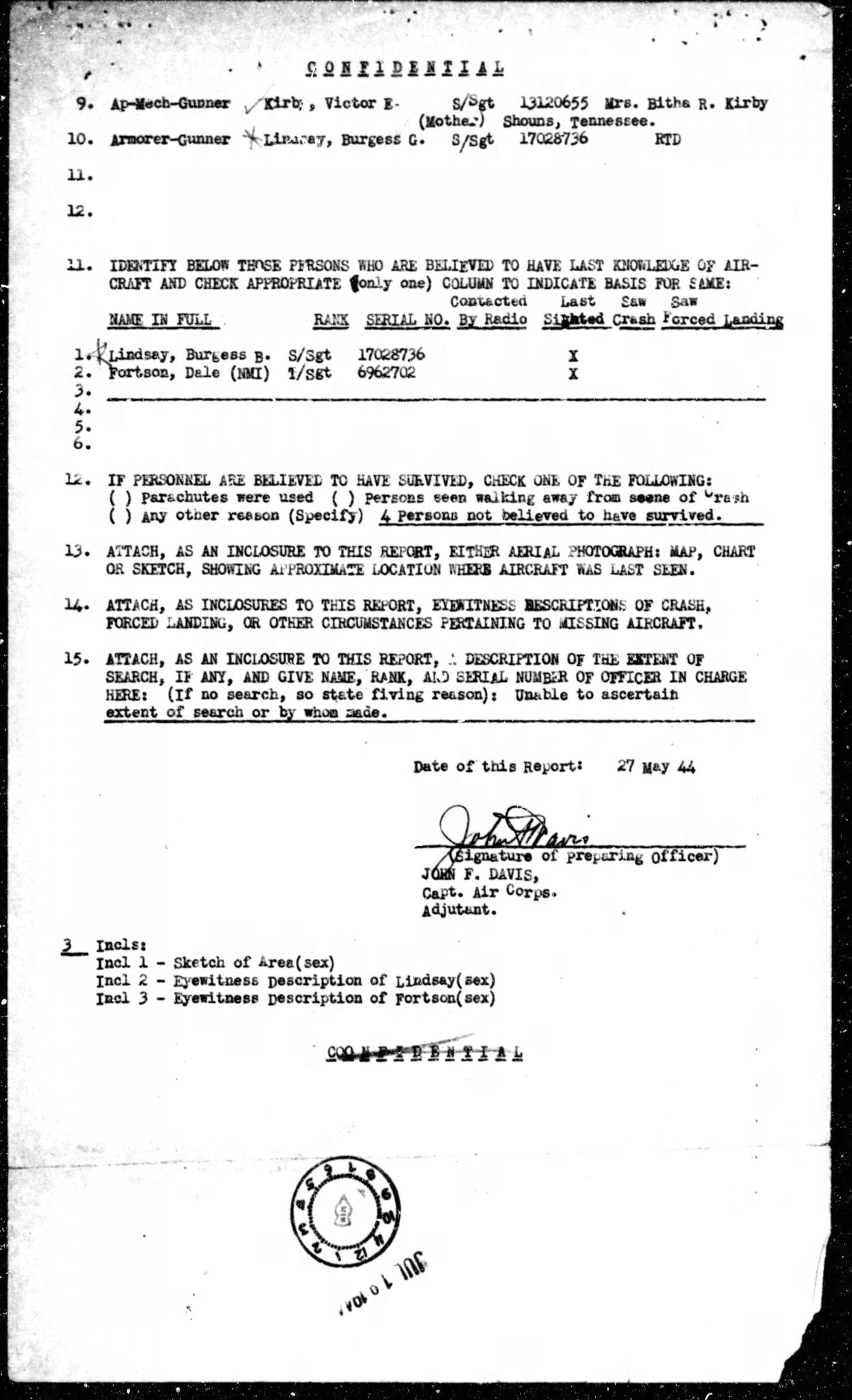 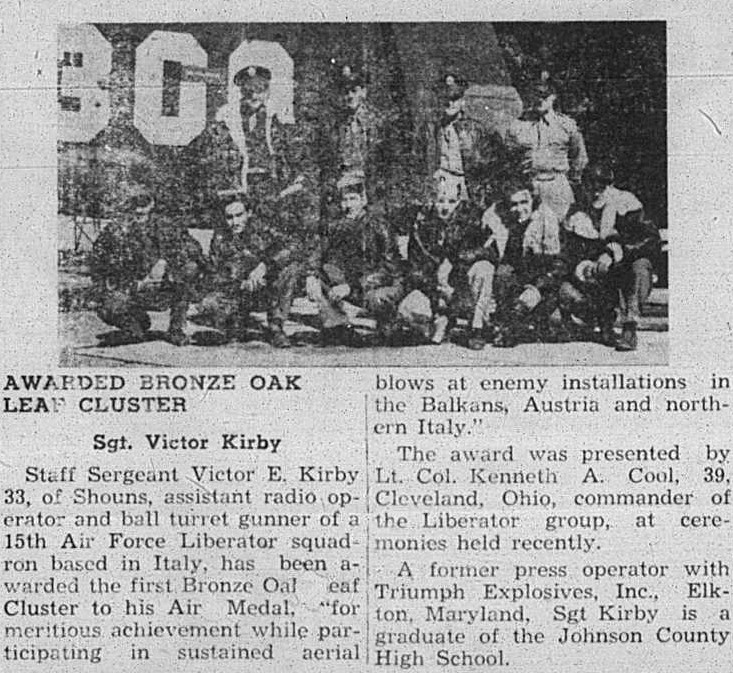