The Knoxville Journal, January 24, 1943:
Sgt. Vernon Millard Harris, 24, formerly a clerk at Miller’s Department Store, and a son of Mr. and Mrs. J.E. Harris, Knoxville, Route 1, was killed Jan, 12, in the Asiatic area, his parents were informed yesterday by the U.S. War Department. The official message announced the young man died in a plane accident. No other details about the accident were available. Young Harris graduated from Powell High School and later studied at Lincoln Memorial University at Harrogate. He enlisted in the Army March 20, 1940, and had been overseas since last July. After he enlisted for service he was transferred to New Jersey where he was trained several months. His last visit to the home of his parents, was about a year ago when he was given a furlough. Sergeant Harris was widely known in Knoxville where he spent much of his vacation time while receiving his education at Lincoln Memorial University.
Other survivors are three sisters, Mrs. Malcolm Marlowe, Washington, D.C.; Mrs. G.W. Candlerm, Detroit and Mrs. Cecil Lane, Knoxville, Route 1. The family home is near Powell Station. 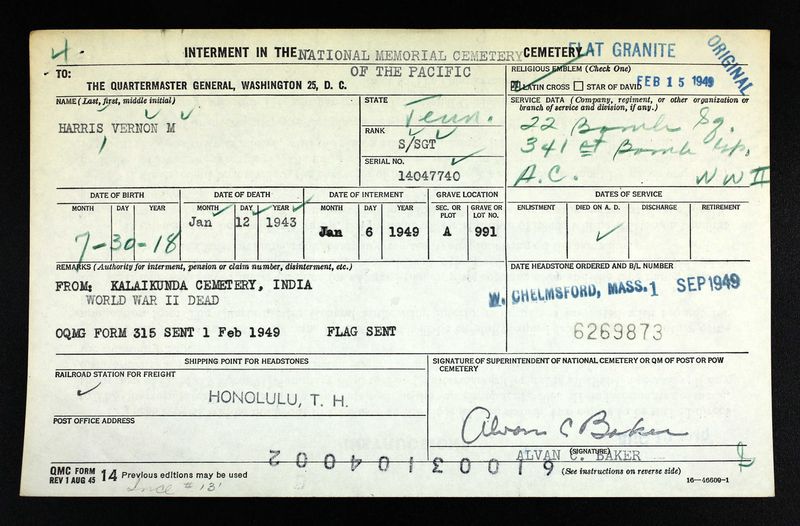 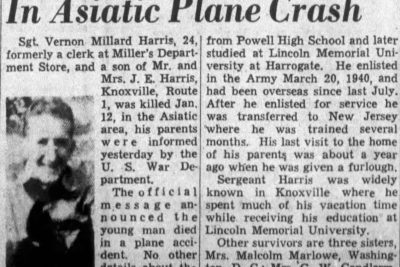 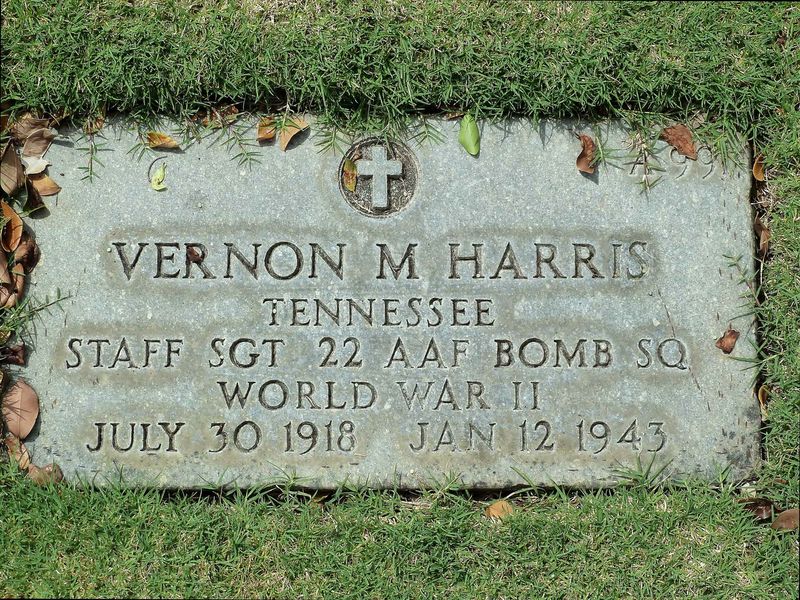