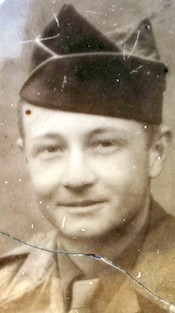 Vernon L. Jones served with Company F, 289th Infantry Regiment, 75th Infantry Division. He was killed in action in Belgium. He is buried at Henri-Chapelle in Belgium and has a memorial headstone located in the Four Mile Cemetery in Maryville, Blount County, TN.

The Knoxville Journal, February 25, 1945
Maryville, Feb. 24 – Sgt. Vernon L . Jones, son of Mr. and Mrs. Carmel Jones, was killed in action Jan. 16 in Belgium. He had previously been reported missing. Sergeant Jones’ wife, the former Dorothy Brewer, is an employe of the Aluminum Company. She is making her home with her parents, Mr. and Mrs. G.W. Brewer. Sergeant Jones enlisted Dec. 7, 1943 and received training at Fort Bragg, N.C. and Camp Breckenridge, Ky. He was sent overseas in November, 1944, wiht the First Army, 75th Infantry Division. He was a graduate of Lanier High School and worked on his father’s farm prior to enlistment. 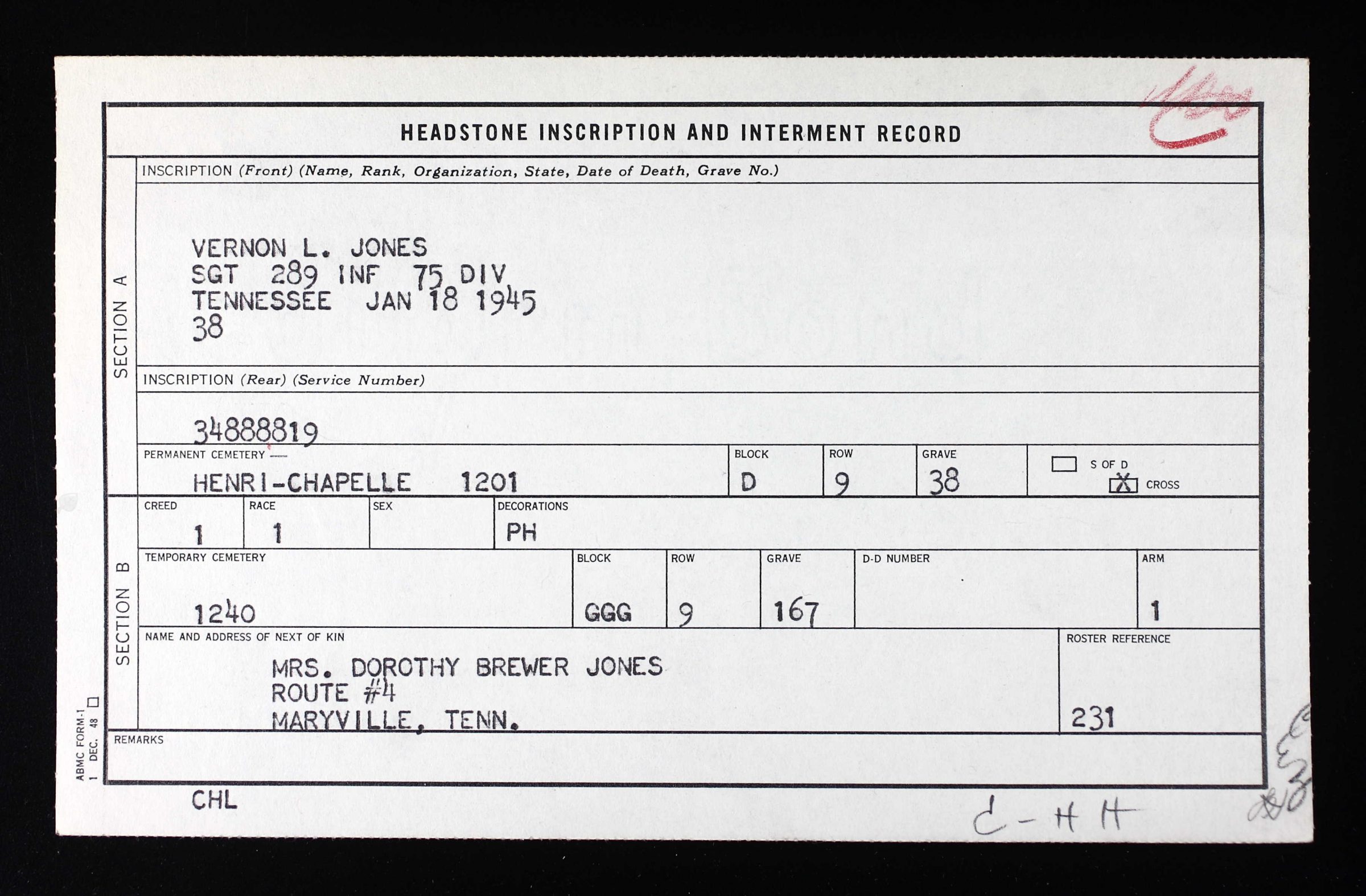 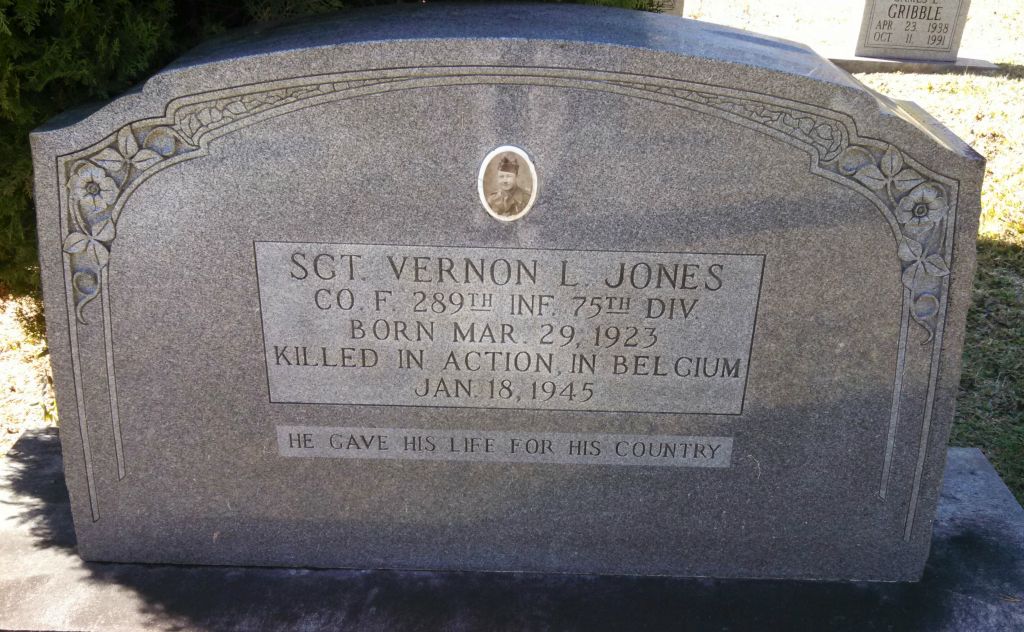 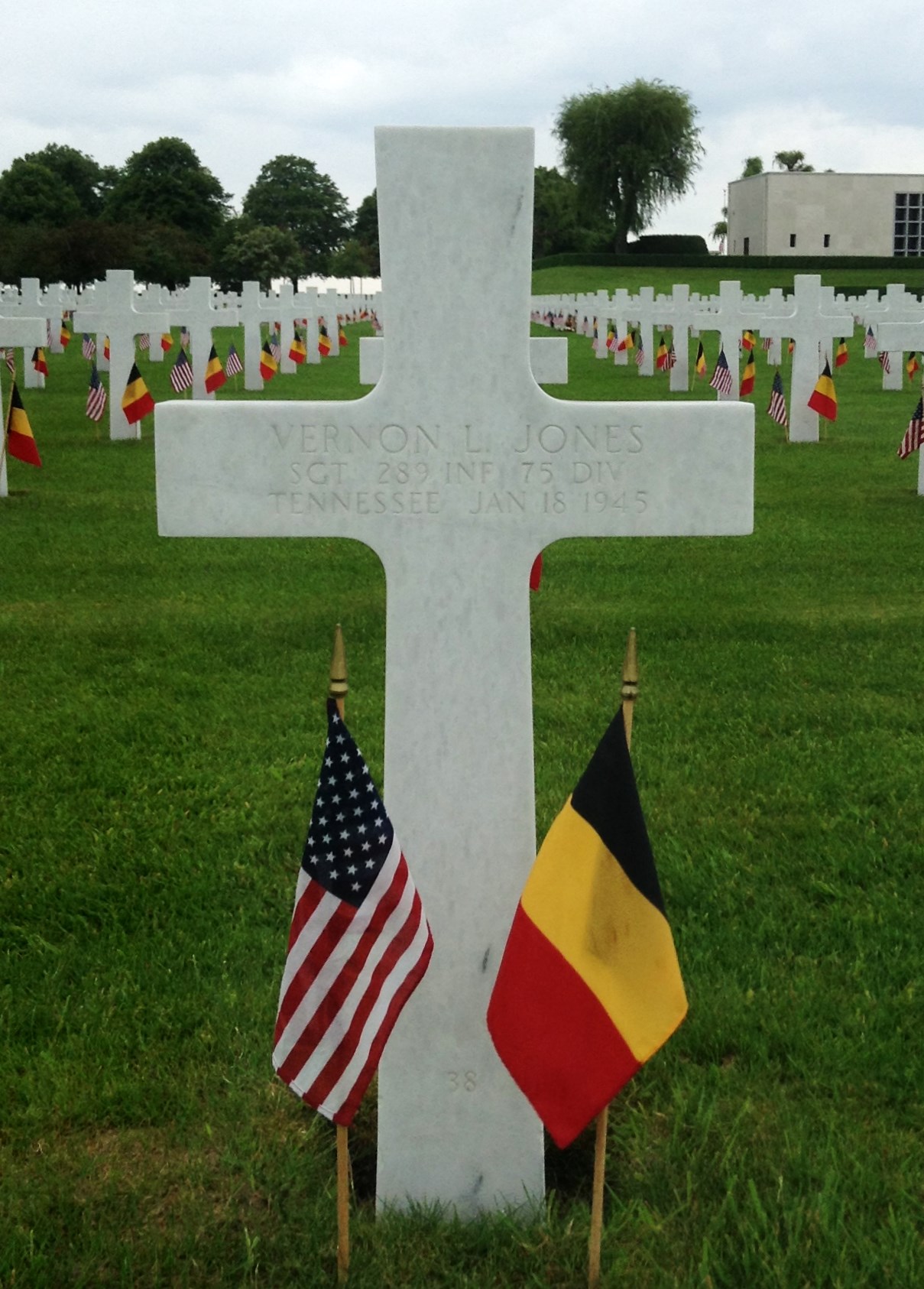