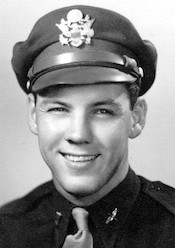 Aircraft B-29-26BA with serial number 42-63508 departed from Tinian, Marianas Island on a night incendiary bombing mission to Urban Area Tokyo in Japan. B-29 was shot down over Tokyo on May 25, 1945. The remains of the crew were found a year later. 2nd Lt Wheeler is interred with the other crew members in Jefferson Barracks, St. Louis, Missouri.

The Chattanooga Times, June 16, 1946
Second Lt. Vernon E. Wheeler, son of Mr. and Mrs. Thomas V. Wheeler, 241 Jarniga Avenue, has been reported as killed apparently in action on May 26, 1945. Wheeler, a graduate of Chattanooga High School, had been employed by the Southern Railway when he entered the air forces on May 28, 1943. He had completed 10 mission over Japan when he was reported missing in action over Tinian Island in the Marianas; he had been in action three months, having been assigned to the Pacifc front in February 1945. He is survived by his parents and a sister, Gloria Wheeler.

Picture below from the Chattanooga High School yearbook 1942;  he is picture here with Captain Betty Jean Cift 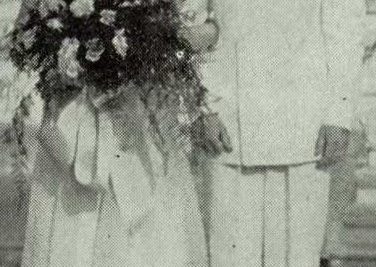 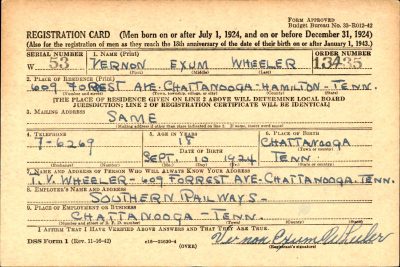 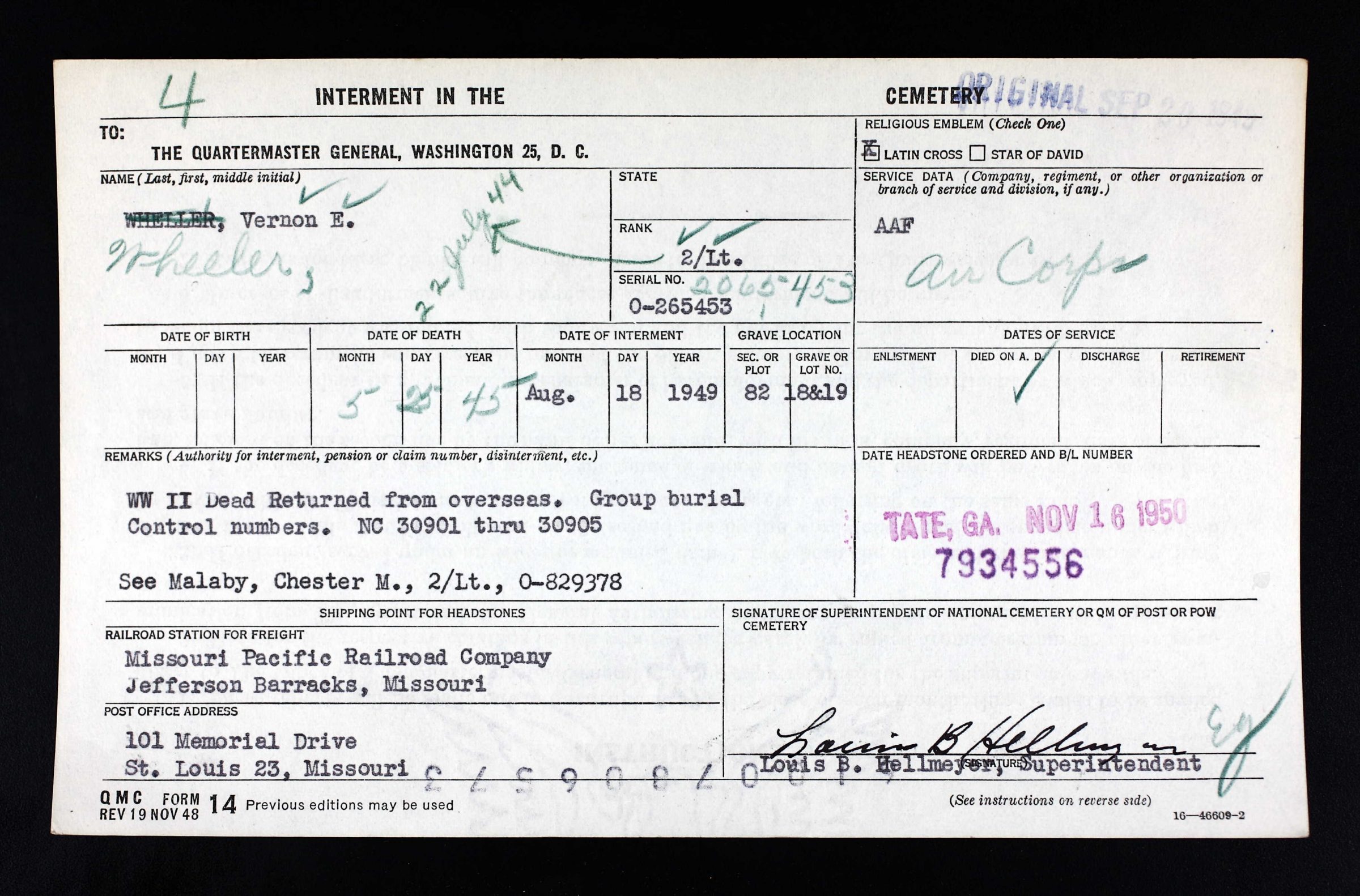 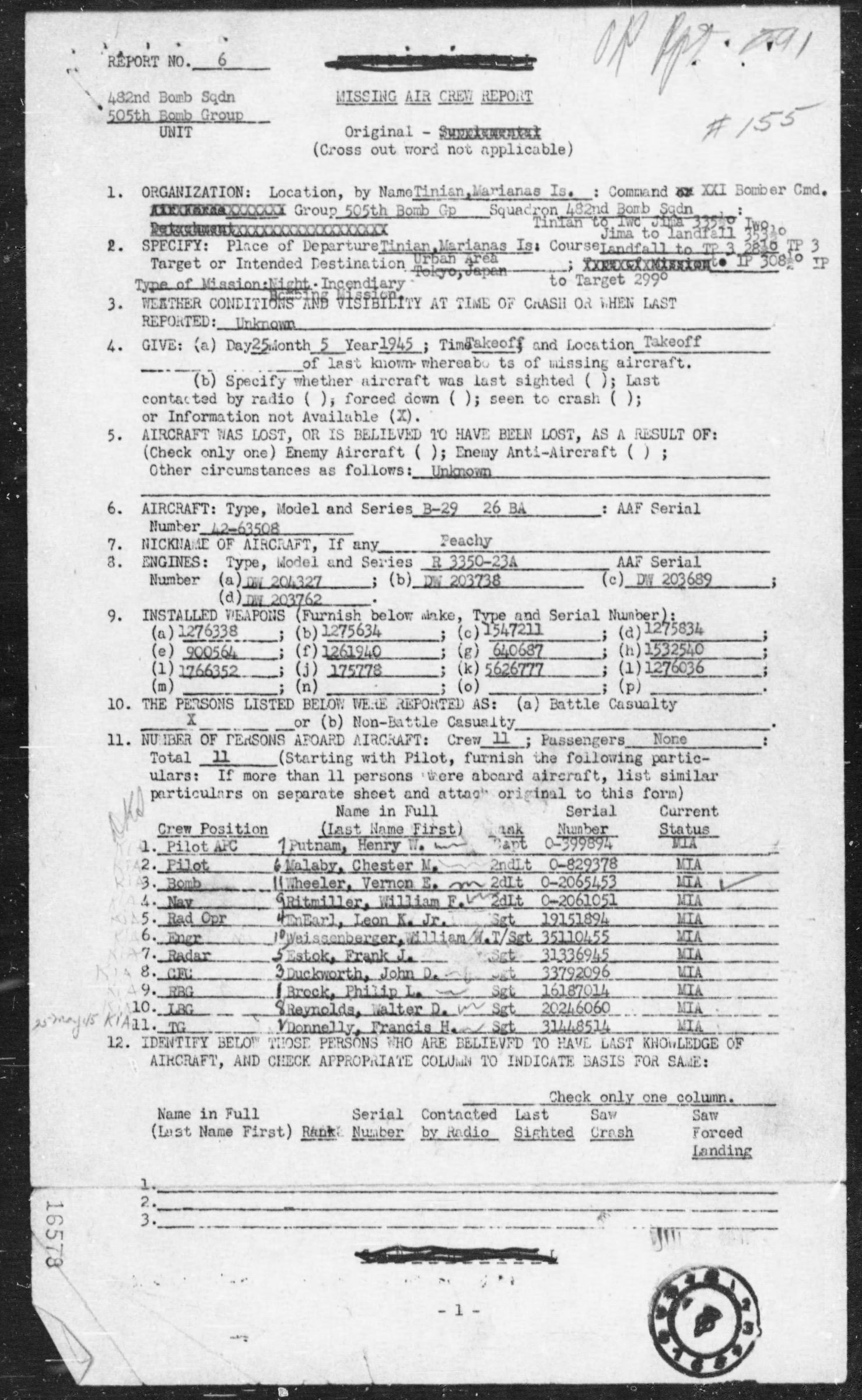