Pvt Murray was found in the vicinity of Geilenkirchen, Germany during the clearing of forested land being prepared for farming. The remains were recovered on August 8, 1959, together with both his ID tags. On January 27, 1960 the remains were identified as those of Pvt Vernard R. Murray. Pvt Murray was Missing in Action since October 4, 1944 and presumed dead on October 5, 1945.
The action in which Pvt Murray was reported as missing in action occurred near the town of Geilenkirchen, Germany. Company C launched an attack through a wooded area and became cut off by the enemy. The company ran into a terrific fire from tanks, small arms, artillery and mortars. Company C withdrew and it is presumed that the enemy then moved into the area. Personnel with Company C had no knowledge of the appearance or condition of Pvt Murray when last seen. Since no information to the contrary had been received by the headquarters, either through hospitals, graves registration or Prisoner Of War (POW) channels, it was believed that Pvt Murray was Killed in Action. He may have been buried in an isolated grave by the Germans.
He is memorialized on the Walls of the Missing at Margraten American Cemetery, Netherlands, and buried at Hillcrest Cemetery, Cleveland, Tennessee. 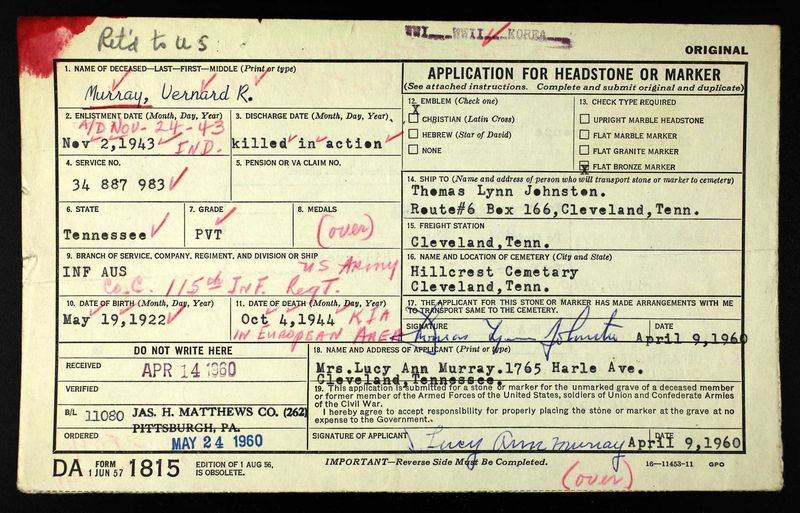 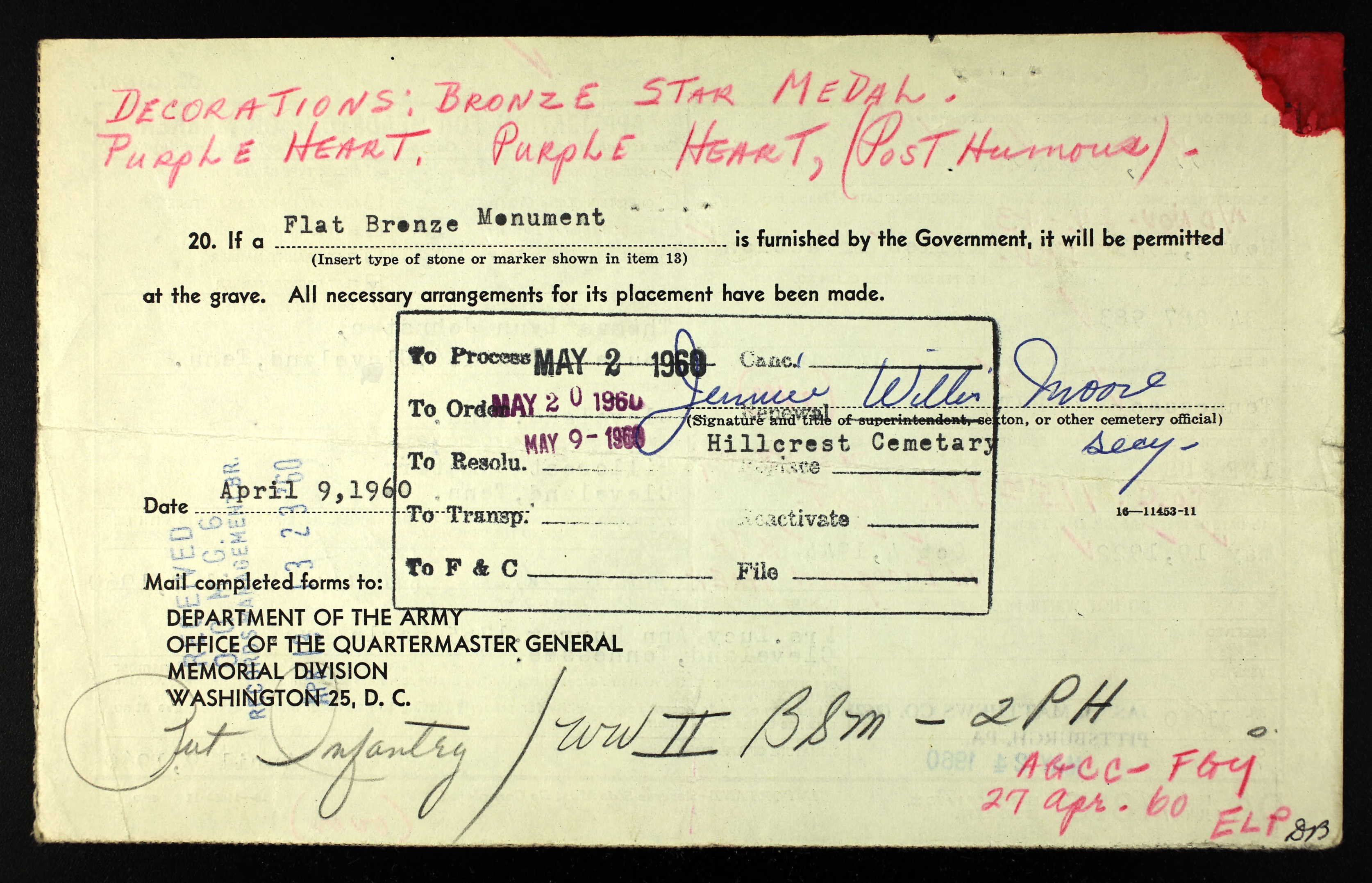 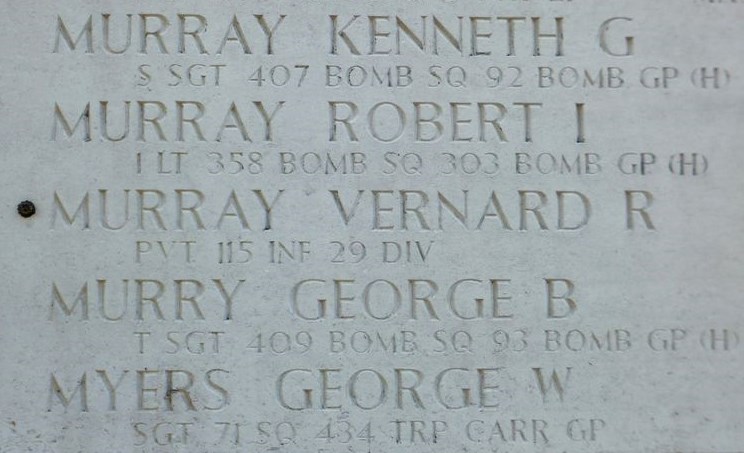