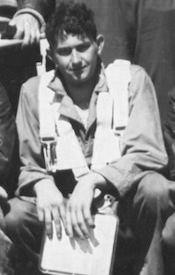 Vaughn Reaves and Cecil M. May, both from Tennessee, were crew members on the B-17G, serial number 42-29955, nicknamed “Mr. Five by Five”, which departed from Molesworth, England and was on a bombardment mission to Bremen, Germany. The airplane was last seen 10 kilometers west of Texel Island, the Netherlands over the North Sea when it dropped out of formation with its wheels down. It appeared to be under control when last seen. The B-17 crashed at Den Helder, the Netherlands. All crew members were killed in action. Previously, Reaves and May had served on the B-17 Vicious Virgin, which performed an air raid on Le Bourget airport outside Paris on August 16, 1943. The picture of Reaves and May was taken after that mission. 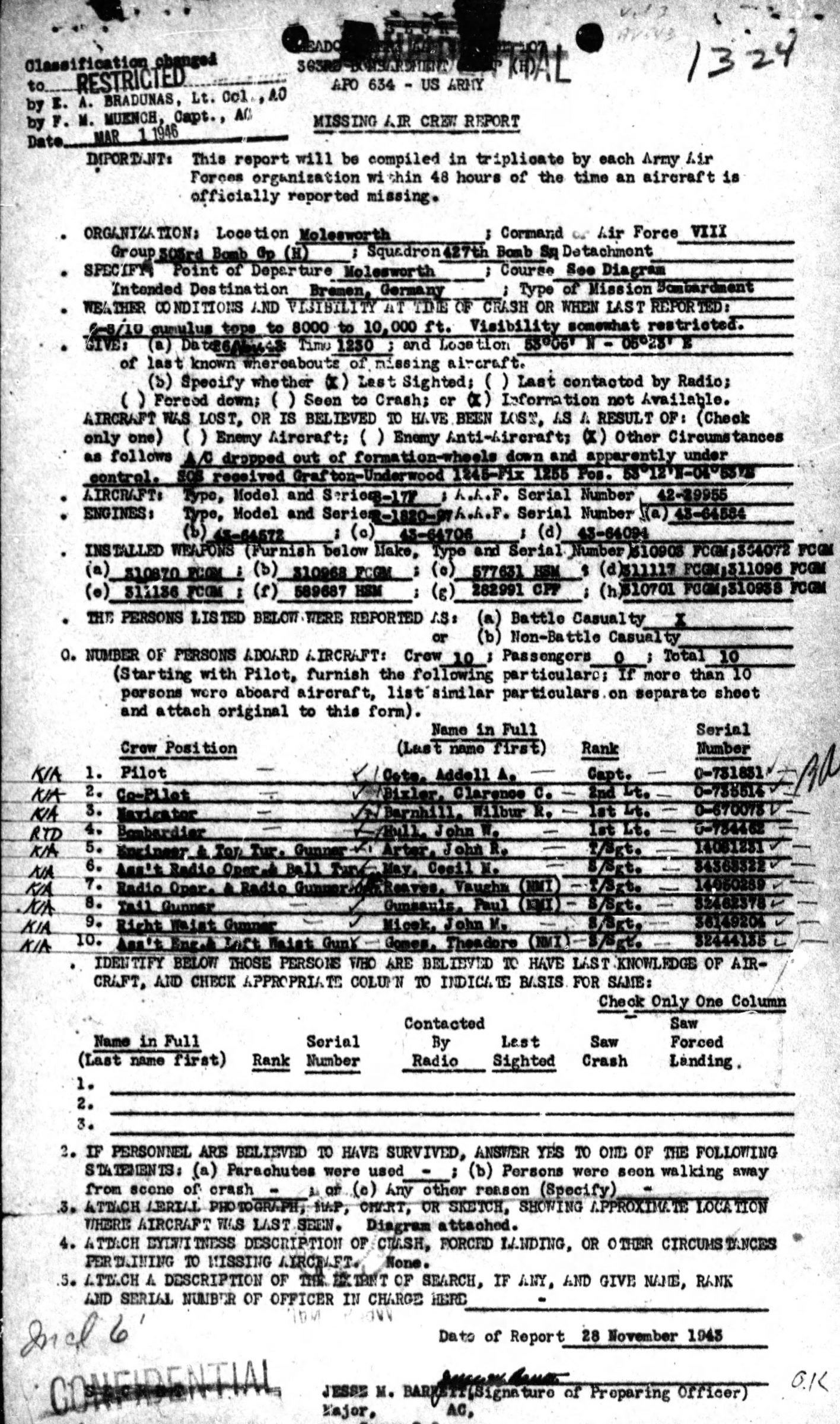 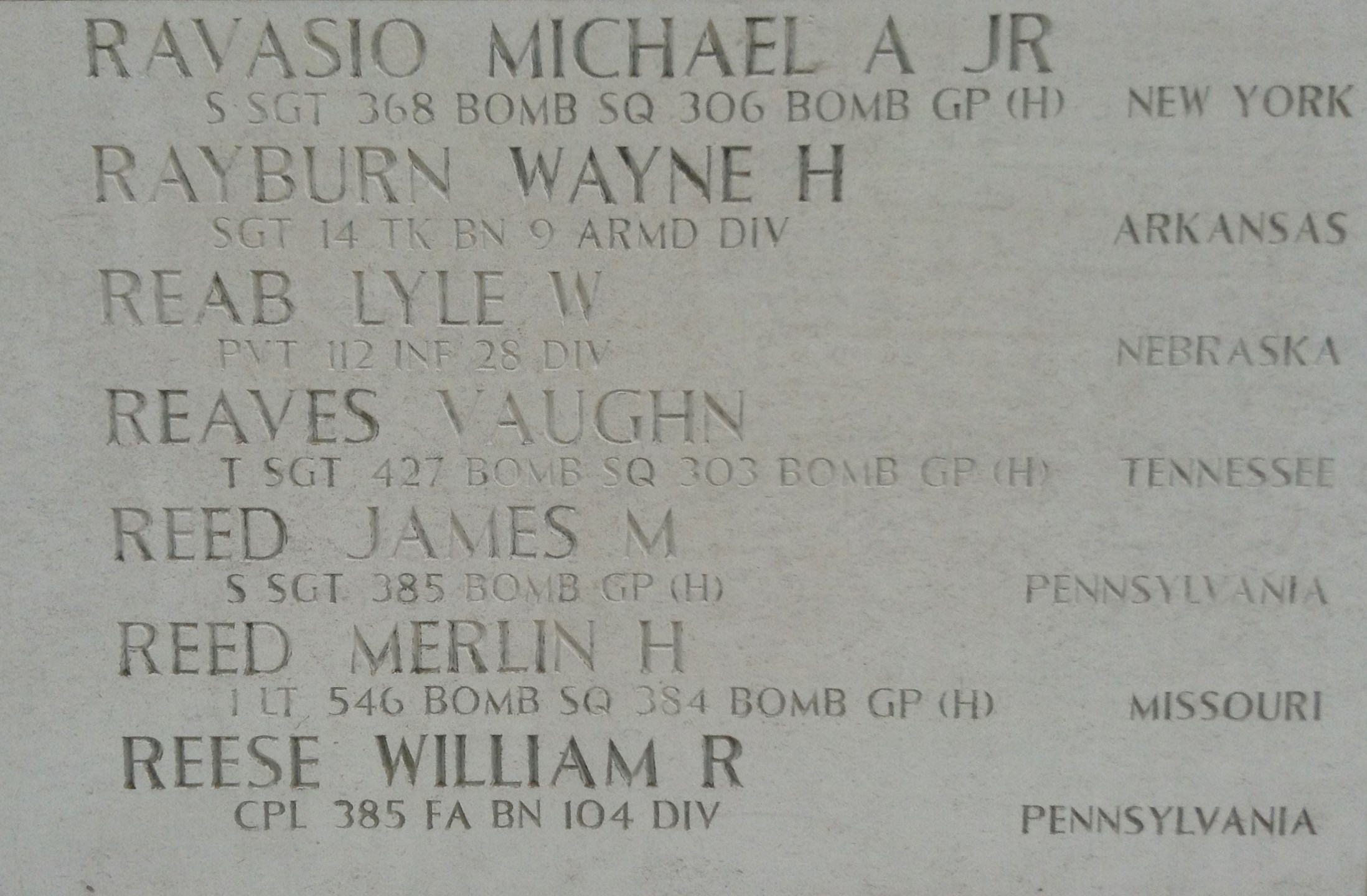 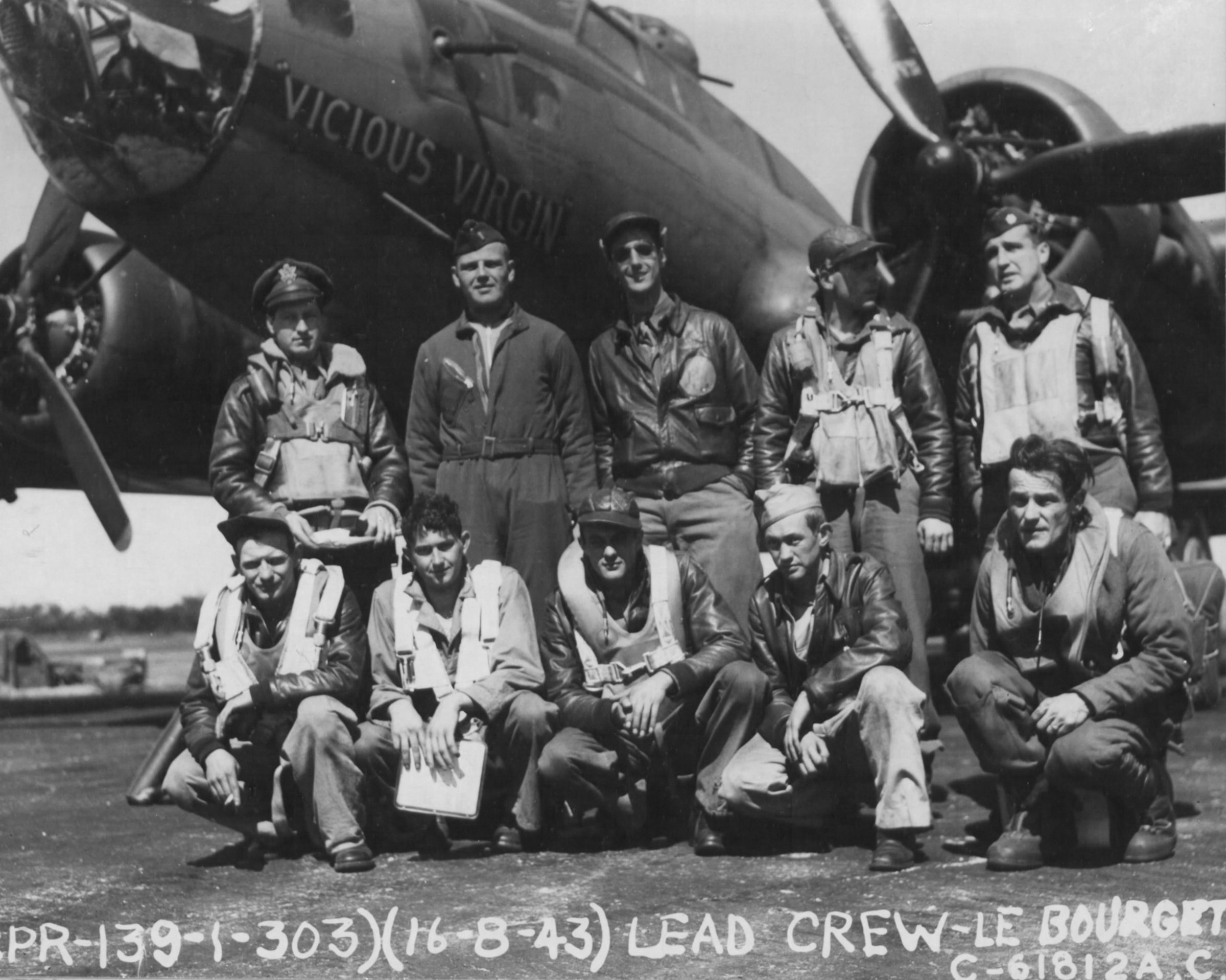