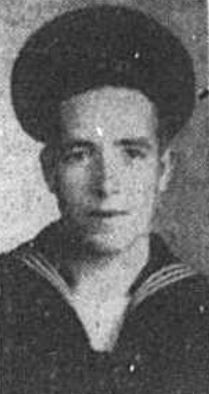 Hitting with an explosive one-two punch, a pair of Japanese suicide planes sent the U.S.S. Luce (DD-522) to the bottom, 30 miles off Okinawa on May 4, 1945.
The destroyer sank within five minutes after being hit and out of the complement of 312 men, only 93 officers and enlisted men escaped uninjured.
Shortly after midnight on May 4, the Luce observed from its picket station off Zampa Point, Okinawa, two Jap planes closing in. The luck of the Luce held up, though, and the planes turned away without pressing the attack. At 0740 the same day, Jap planes attacked in force the vicinity where the Luce was stationed. Two of them approached her port side and were taken under fire. The plane split their attack and fire was concentrated on the one to the left. The right hand plane then headed directly for the ship, veered sharply to its left, headed across the bow, then banked again and crashed close aboard the starboard side abreast number 1 stack. Immediately after, another plane approached low in the water on the port quarter and crashed into the aft part of the ship. The ship maintained an even keel for a brief moment, suddenly settled by the stern and listing heavily to starboard, sank rapidly in 300 fathoms of water. 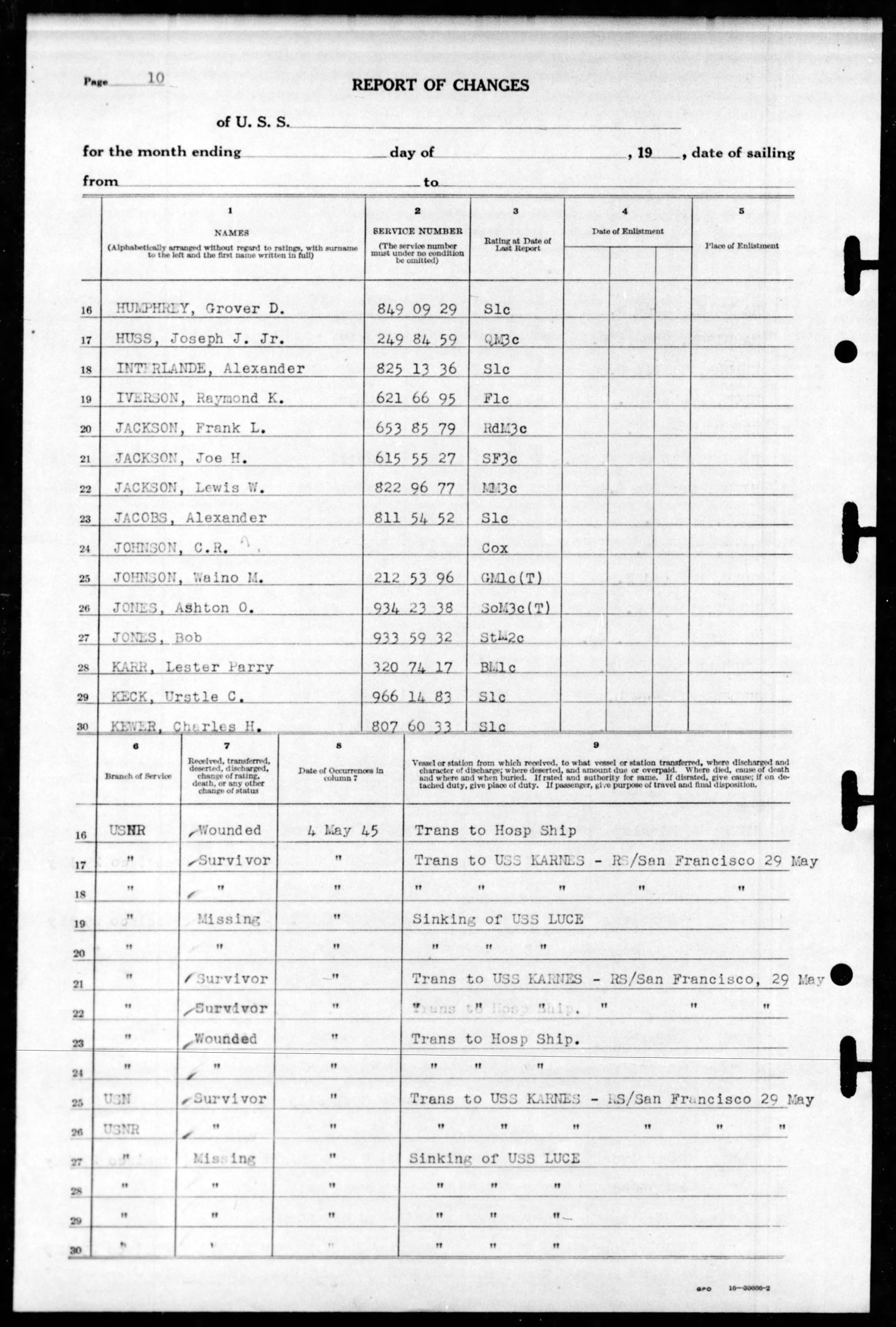 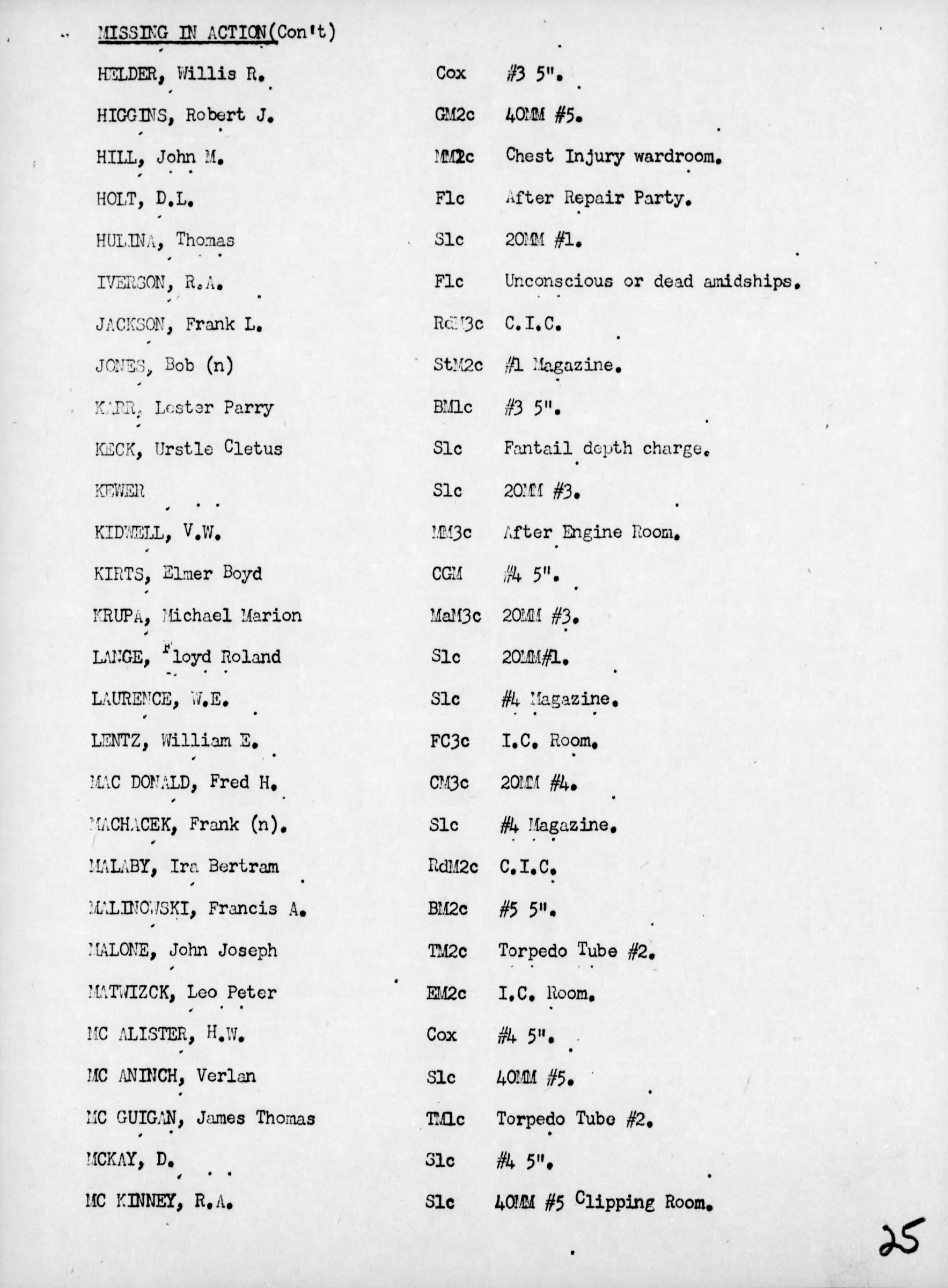 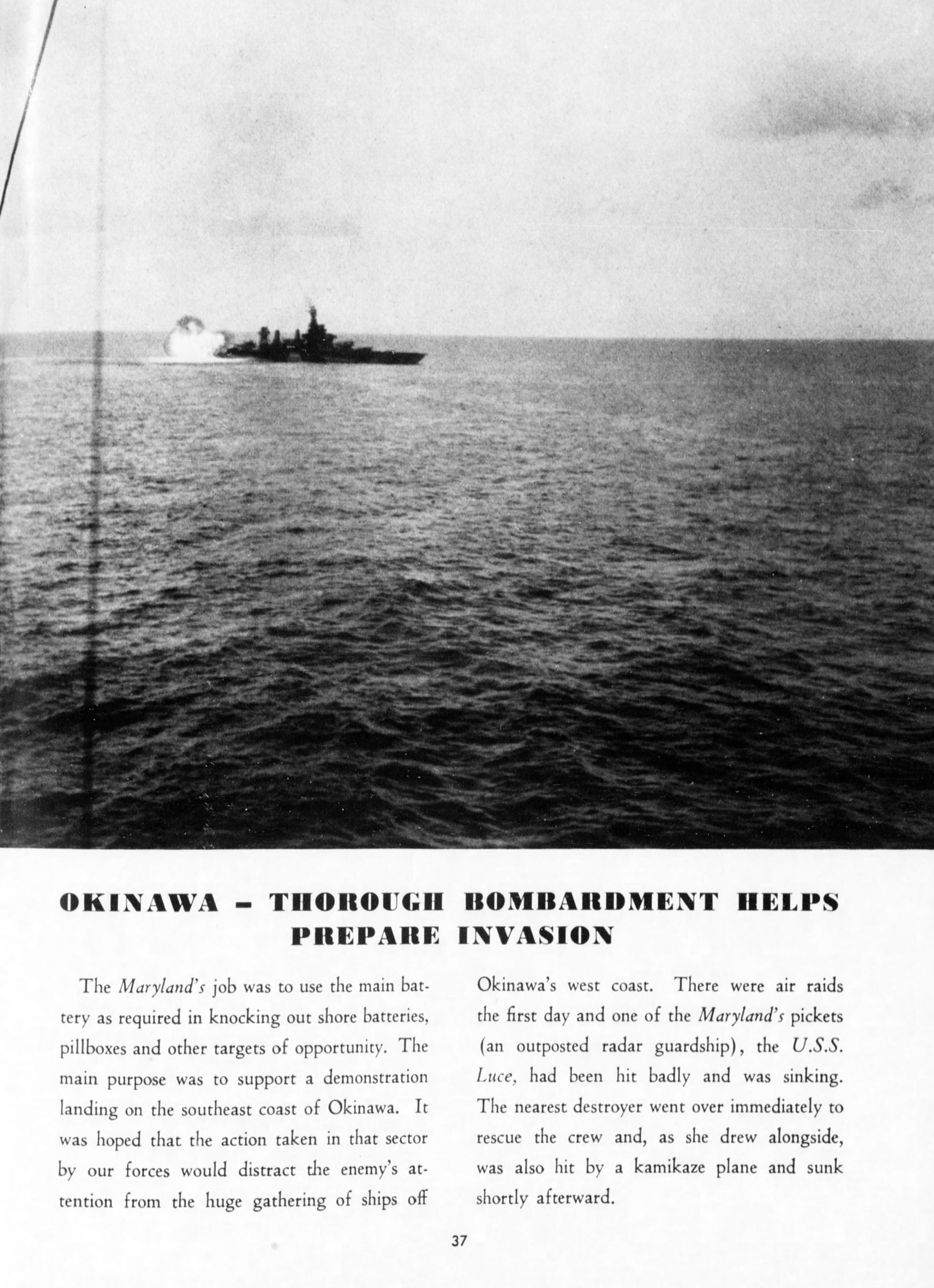 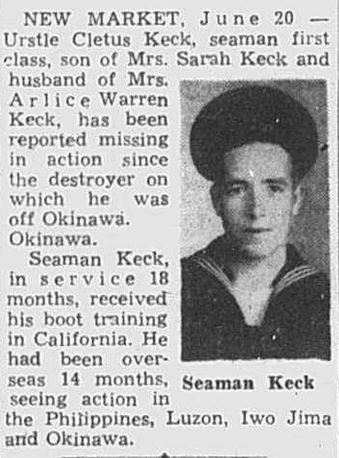